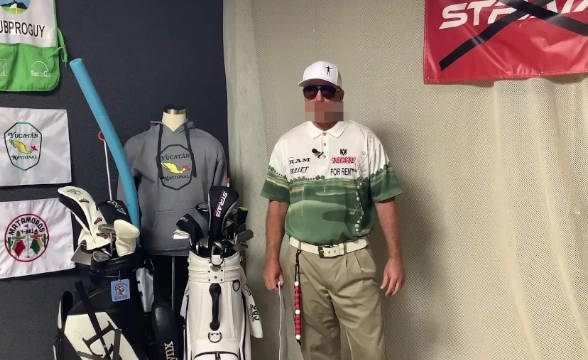 betParx, a well-known iGaming and online sportsbook platform, and Club Pro Guy have announced their partnership via a two-minute video. With this development, betParx is looking to expand its customer number as it plans to influence the millions of CPG fans and allow them to play legal online casino games and bet on sports online.

CPG’s Semi-private Club Will Enjoy Yet Another Amenity

While announcing the partnership, the satirical character of CPG stated that the gaming affiliation will be an extra amenity that will be available to CPG’s Three Jack National semi-private golf club. Its course will be constructed next to I-635, west of Kansas City.

In a rather humorous production, CPG also states that he believes in giving his members the chance to “gamble as much as humanly possible.”

He went on to say that betParx is affiliated with the PGA Tour and that the platform has tons of pre-tournament and in-tournament betting options. After sharing a few jokes, he motivated his social media followers to wager at betParx if they are planning to place a bet.

Recently, betParx has also re-launched in Pennsylvania and New Jersey after Playtech agreed to power its platform in these two states. The CEO of Playtech, Mor Weizer, welcomed the opportunity and stated that the US consumer market requires a “high-quality customer experience” and that is exactly what Playtech provides.

Weizer also added that as Playtech wanted to build up its footprint and reputation in the US, the partnership with betParx came as a perfect option for its strategic goals.

After Ohio passed the sports betting legislation, betParx partnered with Memorial Tournament for mobile sports betting access in the state. Not only that, but the platform went a step further and was announced as PGA Tour’s official betting partner.

The executive director of the Memorial Tournament, Dan Sullivan, thanked the legislators in the State and the House for passing the sports betting legislation and stated that the organization is excited to partner with betParx and bring sports betting to Ohio. In doing so, Sullivan hopes to provide an “enhanced fan experience at the Memorial Tournament” in all coming years.

betParx’s senior vice president of sports, Matthew Cullen, stated that the online gambling platform is happy to work with the PGA Tour and the Memorial Tournament. He added that this is a significant moment in betParx’s history and as the platform accesses extra markets across the US, it will provide bettors with a faster and easier betting experience.

As the official partner of the PGA Tour, betParx will have the right to use the tournament’s video highlights, marks, as well as other intellectual property.

2022-04-27
Previous Post: Woman Turns Addiction into a Good Thing, Gives Away Half Her Lottery Fortune
Next Post: Nine Everyday American Essentials Older Than the Kentucky Derby