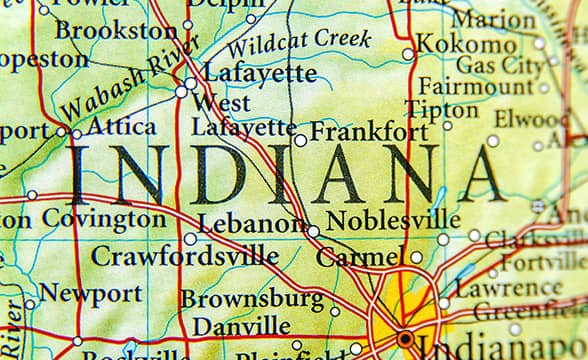 Betr to Launch in Indiana with Caesars and EBCI

Betr, the world’s first micro-betting app, will launch in Indiana thanks to its agreement with a Caesars property in the state. The deal is yet to be approved by the local regulator.

Betr Prepares to Launch in Indiana

Betr is preparing to launch in Indiana through an agreement with Caesars Southern Indiana, a Caesars Entertainment casino resort operated by EBCI Holdings, an Eastern Band of Cherokee Indians firm. Once available in the Hoosier State, the micro-betting startup will be able to offer its real-money offerings to local customers.

Betr, which is a new venture by Joey Levy and Jake Paul, seeks to provide Hoosiers with many wagering opportunities. Punters in Indiana will be able to place bets on many in-game plays or events. As a micro-betting app, Betr allows customers to wager on small in-game events such as the number of touchdowns in football matches.

The agreement is still subject to regulatory approvals by Indiana’s regulators. As announced by Betr, the agreement will be equity-based. In addition, it will form part of a wider agreement between the micro-betting operator and EBCI Holdings. Depending on how the deal unfolds, the tribally-owned group might also facilitate Betr’s entry into other states as well.

Joey Levi, Betr’s founder and CEO, spoke about the platform’s Indiana agreement. He explained that market access is one of the biggest expenses for operators that wish to run legal sports betting businesses in the US. Because of that, Levi said, Betr has sought reliable partners that share its vision and are willing to take equity instead of cash.

As announced by Levi, the partnership is almost entirely equity-based. He also added that it would make EBCI one of Betr’s largest shareholders to date, creating a path for future opportunities.

The partnership also underscores our approach of pursuing market access across the US in a methodical, disciplined approach, with partners who have conviction in Betr and want to share in the upside we are creating together.

Levi concluded that he is grateful for EBCI & Caesars Southern Indiana’s belief in Betr’s business.

Brad Seigel, GM of Caesars Southern Indiana, also shared his thoughts. He praised Betr for refreshing sports betting with a thrilling new vision. Siegel is sure that the micro-betting company is well-positioned for further growth and is well-positioned to appeal to bettors in Indiana.

In other news, Betr is already set to launch in Ohio. With this launch in mind, the operator just teamed with US Integrity, a leading sports wagering monitoring company.