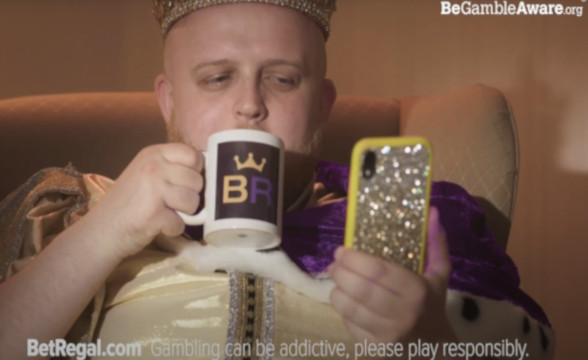 BetRegal will feature in short advertising spots throughout the day, as well as during the Sky Sports News night sports news wrap show sponsored by the operator.

Commenting on the new advertising campaign, BetRegal chief executive officer Mike Mirtl outlined the operator’s ambition to always partner with “organizations that authentically embody the sporting culture in their market,” emphasizing the importance of the new advertising campaign on Sky Sports in helping the business “integrate into Ireland’s sports ecosystem” and build brand awareness.

The announcement of the new advertising campaign builds on previous efforts of the Canadian-based sportsbook operator to establish its presence in the Irish market, including signing a shirt sponsorship deal with Dundalk FC of the Irish Premier League.

Being active in the community and as part of the shirt sponsorship, BetRegal donated jersey space to an organization set in 2018 by a local man suffering from motor neurone disease (MND), Watch Your Back MND, and raised for the organization’s causes more than €9,500 ($9,500) from the one-off special auction in April.

“We pride ourselves on fitting in and adding value to the partnerships we take on,” added Mirtl, outlining the operator’s commitment across all markets of operation, and pointing to the Irish market as a reflection of the company’s ethos and values.

Outside of Europe, BetRegal launched a free-to-play sports betting platform in its domestic market last month, offering sports fans in Canada fun while betting on their favorite teams without risking money and at the same time a chance to win prizes such as free tickets from the NBA, NHL and CFL, as well as experiences with BetRegal Sports Legends.

Also in August, BetRegal entered into a multi-year sports partnership with the Canadian Football League to become the Official Sports Betting Partner of the league and designate CFL’s Hall of Fame players Damon Allen and Matt Dunigan as its global brand ambassadors, BetRegal Sports Legends.

The multi-faceted collaboration with the CFL includes an array of marketing strategies to boost fan engagement of the CFL, including media assets throughout the playoffs and the Grey Cup final and premium fan experiences during the Grey Cup weekend.