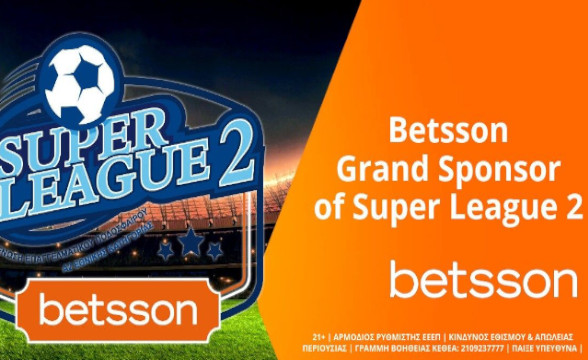 Betsson will continue to support Greek soccer once again, with the betting and gaming brand confirming its ongoing support for the Super League 2, which carries the company’s name. There are 30 teams participating in Betsson Super League 2, and the partnership will continue for the 2022-23 season.

The company is confident that it can help elevate the fan experience and will be present across all of the stadiums that participate in Super League 2. The company says that this partnership helps it continue to invest in sports in Greece and help the country’s soccer teams improve in “every possible way.” Commenting on this latest partnership extension, Betsson.gr managing director Thanos Marinos said:

Betsson Super League 2 is one of our favorite sponsorships, as it allows us to support an event that geographically covers the entirety of Greece and consists of teams and football players who go all in to become champions!

The partnership is entering its second year, Marinos confirmed, thanks to this extension. Marinos thanked the opportunity to continue supporting soccer in the country and said that the League’s president, Leonidas Leoutsakos, and the entire team behind the league and individual teams have been very helpful and willing to work with Betsson.

Betsson has been doing well over the past months. The company’s latest results covering the third-quarter period led to a record €200.3 million in revenue, in line with the group’s predictions for the period. Betsson has been able to rapidly scale its global footprint investing in sports and gaming businesses in Europe, but also well into Latin America through a recent launch in Mexico.

The company remains one of the most prominent sportsbooks and it is committed to supporting local sports in the markets it launches its sports betting products.