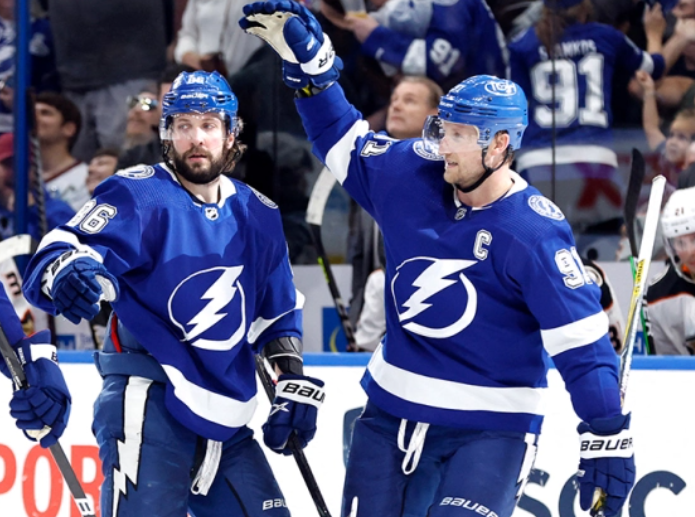 The 2022 Stanley Cup Finals will get underway on Wednesday, June 15, with Tampa Bay traveling to Colorado for Game 1. The Avalanche have been the overall favorite to win the Cup for most of the 2021-22 NHL season. In late February, bettors could get the Avs at +400 to win it all. At the beginning of the playoffs, Colorado’s odds shortened to +300 at most sportsbooks.

Two-time defending champion Tampa Bay was listed as high as +900 to win a third consecutive Stanley Cup just prior to the beginning of the playoff season. Those odds have shortened, of course, as the Lightning attempt to do what no team has done since the early 1980s New York Islanders. They were the last team to win more than two consecutive Stanley Cups.

Could Tampa Bay pull it off? That’s just one of the many bets on the 2022 Stanley Cup Finals. There are a number of different ways bettors can take advantage of this year’s finals.

Colorado is a -175 favorite to capture the series. The Avalanche finished the regular season with the best record in the Western Conference (56-19-7) and the second-best overall. In their three playoff series thus far, the Avalanche has lost just two of 14 games. They swept Nashville and Edmonton and beat St. Louis 4-2.

Tampa Bay is listed at +150 to capture the series and win their third straight Stanley Cup. The Lightning’s road to the Cup finals was a little more difficult. They had to go to seven games with Toronto in the first round. The Lightning did sweep rival Florida in Round 2 and they just beat the Rangers 4-2, losing the first two games of the series and then winning four straight to end it.

One of the popular NHL playoff series bets is on how many games the series will last. Of the last ten Stanley Cup finals, a 4-2 finish was the most common taking place six times. Only once in the past decade has a finals series gone a full seven games. That was in 2019 when St. Louis beat Boston 4-3. There has not been a sweep in the Stanley Cup Finals since 1998 (Detroit over Washington 4-0).

This year, oddsmakers favor a six- or seven-game series. Both are given +210 odds. A sweep is listed at +550 and a five-game series is given +260 odds. The Avs can score and the Lightning have the advantage in goal with Andrei Vasilevskiy. A sweep seems out of the question and with two almost evenly matched teams that’s why the six- and seven-game series are priced as they are.

The most popular of the NHL team props is the bet on team total goals in a game. So far in the postseason, Tampa Bay is averaging 3.05 goals per game. Colorado has been a scoring machine averaging 4.64 goals per game. In seven of their 12 wins, the Avs scored five or more goals.

Bettors can get Colorado Over 2.5 goals at -200 and Over 3.5 at +115. Remember when betting Team Total Goals, any overtime goals are excluded. Only goals in regulation play count.

Bettors love the goals and points player props, but often the best value is on the shots prop. For example, Colorado’s Nathan MacKinnon is averaging nearly six shots (5.86) per game this postseason. In Game 1, MacKinnon’s shots prop is listed at 4.5. The Over is given -135 odds and the Under +110.

Bettors can also wager on the Stanley Cup Finals MVP. The MVP receives the Conn Smythe Trophy. Last year, Tampa Bay goalie Andrei Vasilevskiy won the award. This year, the favorite right now is Colorado D Cale Makar who is given +175 odds. MacKinnon, the leading scorer in the postseason, is right behind him at +200. Vasilevskiy and his teammate Nikita Kucherov are both given +400 odds to win this year’s Conn Smythe trophy.