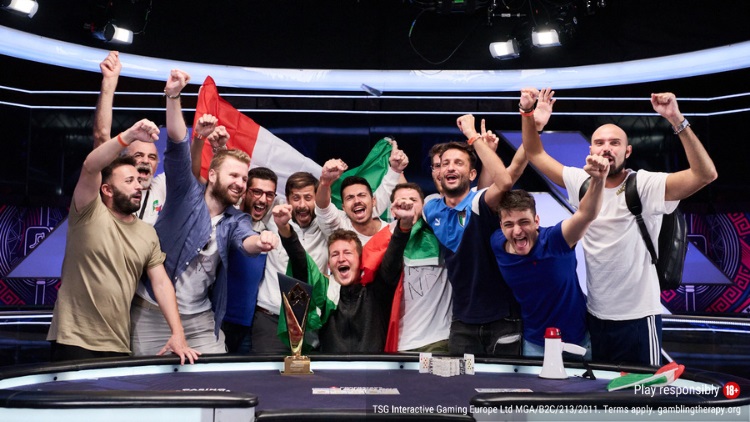 Big winners come in all shapes and sizes, which is why this week’s rundown features a combination of championship performances, life-changing bounties, and prizes that rock. From Giuliano Bendinelli coming back from one big blind to win EPT Barcelona to Johann Zeitoun banking a big enough bounty to buy an apartment, it’s been another fun-filled seven days of action on the felt. So, without further ado, here are CardsChat’s Big Winners of the Week ending Sunday, Aug. 21.

Fresh off the back of Rick Van Bruggen’s win last week in the biggest EPT event in history, Bendinelli won another record-breaking tournament. The Italian had to beat the largest-ever EPT main event field (2,294 entrants) to win his second EPT event and the top prize worth more than $1 million. Even more impressively, Bendinelli did it after having just one big blind with six players remaining in Sunday’s finale. The astonishing comeback will go down as one of the great poker performances in an event that will go down in history for multiple reasons. 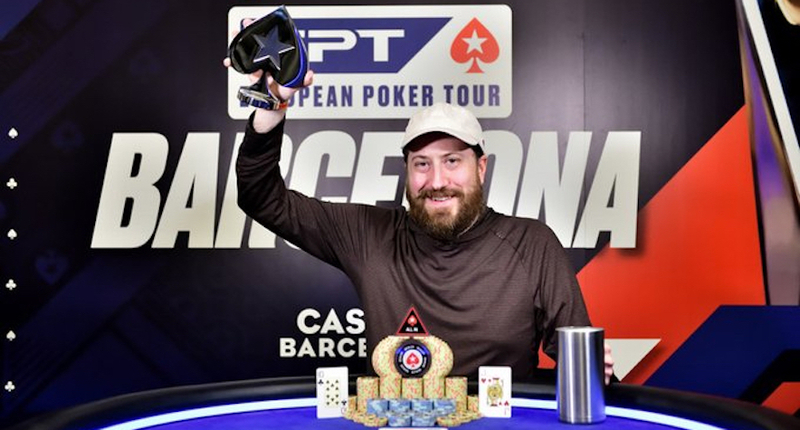 Another big-name pro who found their way into the winner’s circle at EPT Barcelona poker was Ireland’s Steve O’Dwyer, who added yet another high-roller title to his already stacked resume. O’Dwyer defeated Juan Pardo heads up after besting Sergio Aido, who busted in fourth place. Aido took down the SHRPO Main Event in Florida last week for more than $900K. Erik Seidel also made the final table, busting in seventh. The win puts O’Dwyer 14th on the all-time money list with over $32 million in lifetime winnings. 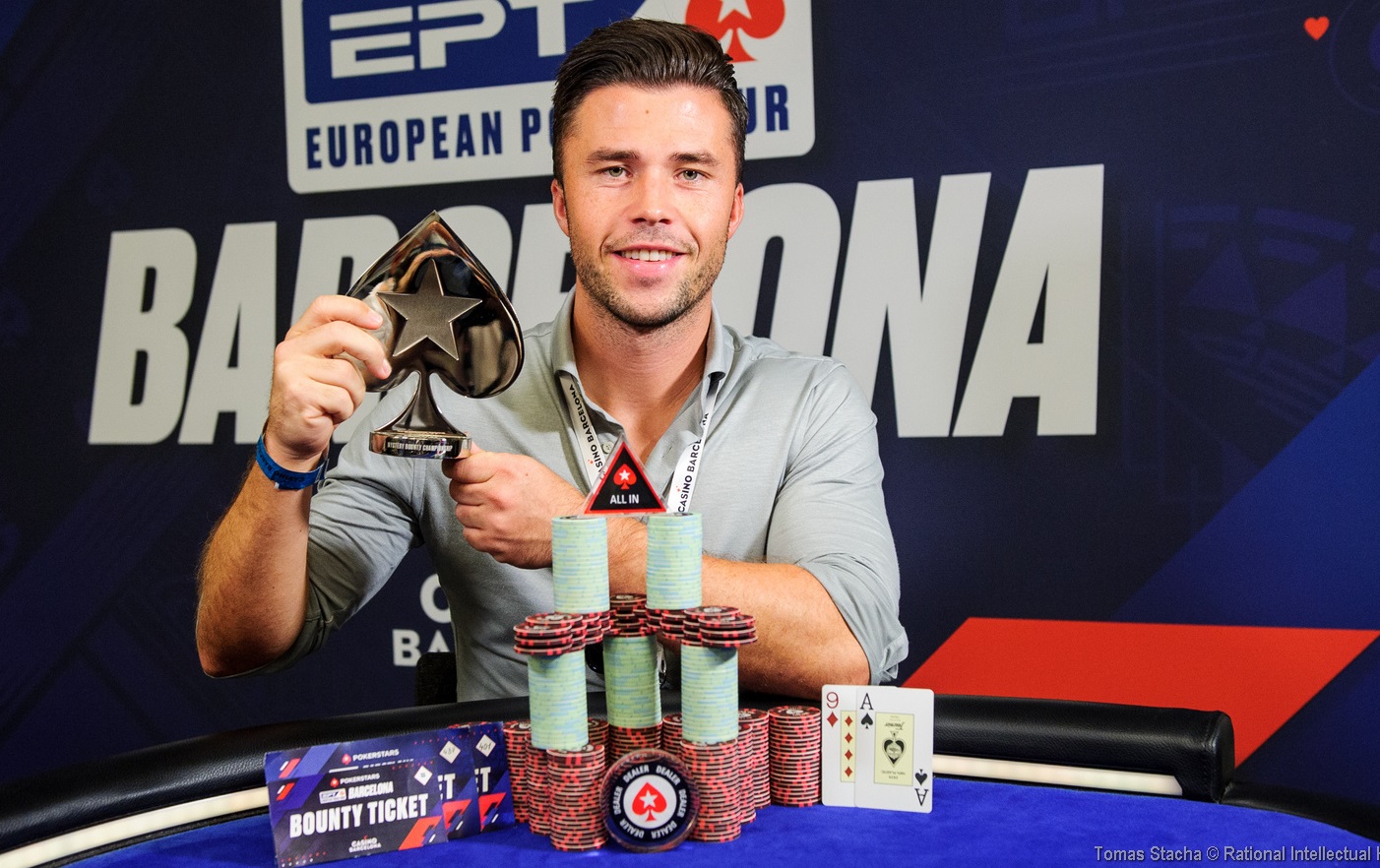 Like all the latest winners at EPT Barcelona, Van Bemmel had to play his way through a bumper field in the Mystery Bounty event. The Dutch pro was one of 1,132 entrants in the €3,000 ($3,010) event and started Friday’s final session 14th out of 23. However, with bounties, prizes, and a title on the line, he grinded his way into contention. A drawn-out final table resulted in the stack-to-blinds ratio being high enough that the final three cut a deal to flatten the payouts. From that point forward, it was all Van Bemmel. He eliminated Elias Neto and Paulo Roberto Brombim to claim the final bounties. The win couldn’t have come at a better time as Van Bemmel recently quit his job to focus more on poker and on starting his own business. 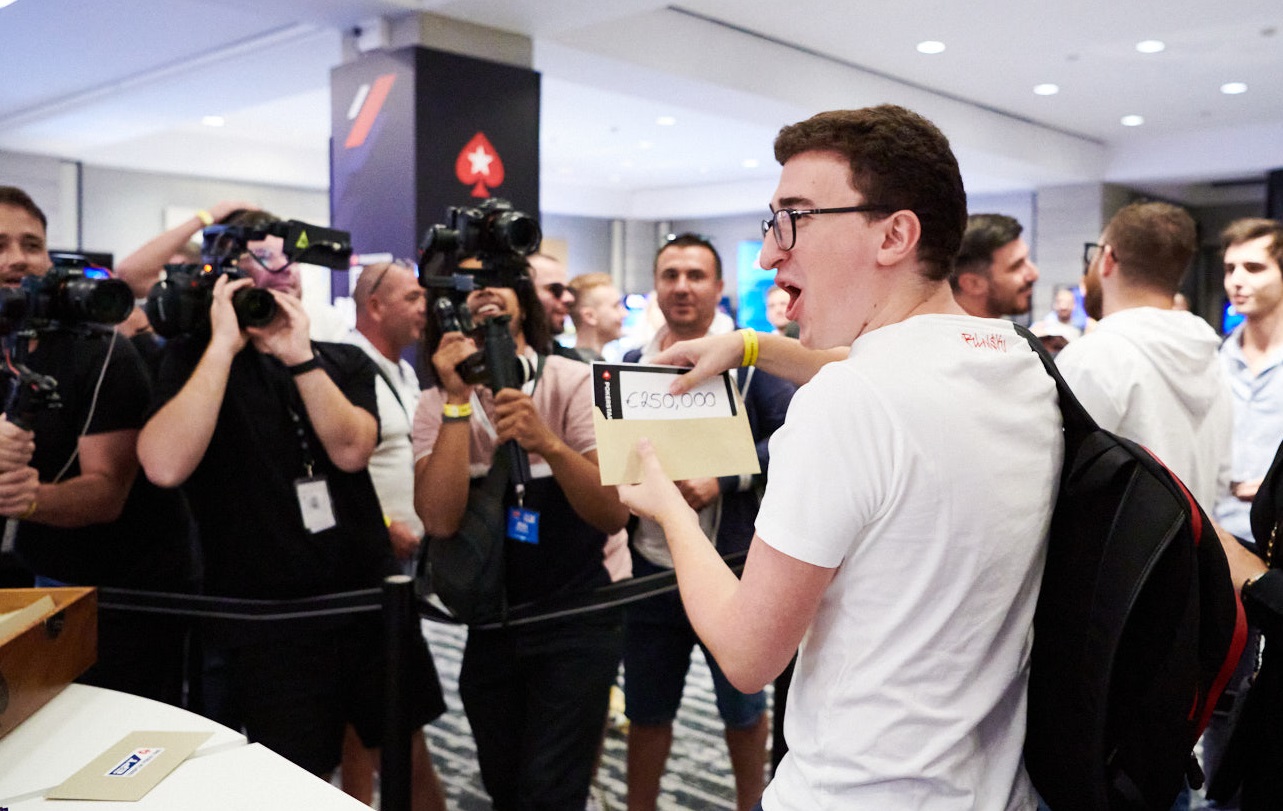 Zeitoun told his friends he would claim his mystery bounty immediately if he won one and that’s exactly what he did. That proved to be a wise decision in what’s been a breakout year for Zeitoun on the tournament scene. The Frenchman won the Unibet Deepstack Open Paris in January for $78,273. That took his live earnings over the $250K mark. With a bounty prize worth almost as much as his entire tournament haul, Zeitoun said he’s going to buy himself an apartment. 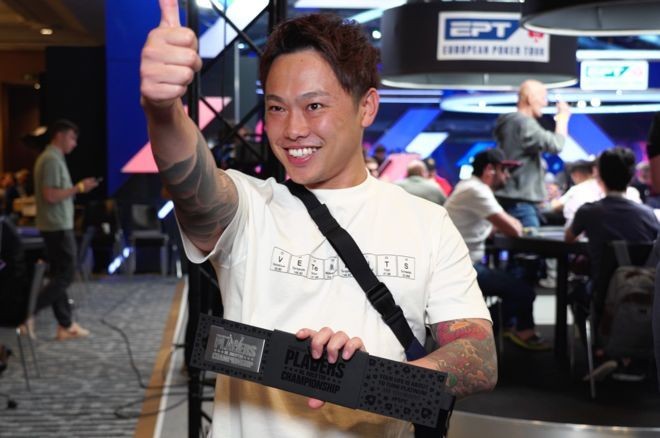 Nakai almost doubled his lifetime tournament earnings last Thursday thanks to a bounty prize. The €3,000 ($3,010) mystery bounty event is a relatively new addition to PokerStars’ EPT schedule, but a concept that’s been extremely popular on other tours. The Japanese player also cashed in the Estrellas Poker Tour Main Event at EPT Barcelona for €3,340, taking his career earnings over the $18K mark. Now, with a free pass into the 2023  $30K PokerStars Players Championship, he has a chance to take his bankroll way beyond that. 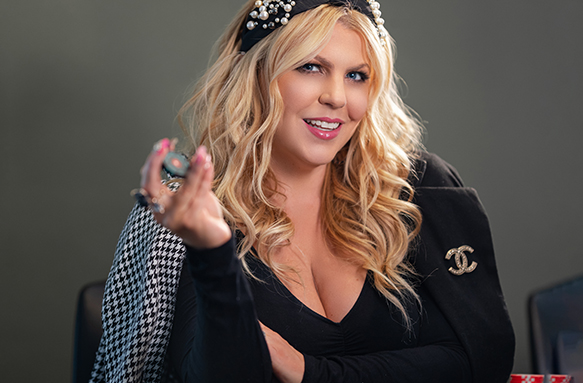 Lindsay has shown once again that she’s more than just the wife of top tournament pro Chris Moorman. The American pro who now has more than $680K in tournament earnings won her first WSOP Circuit ring on Friday after beating a field of 279 in the $215 turbo event. Lindsay tweeted after the fact that she’s been grinding WSOP events “so hard” recently and the win feels “so damn good.” And good it should feel because not only does it help validate her skills as a poker player, it puts her on par with her husband when it comes to WSOP Circuit rings. 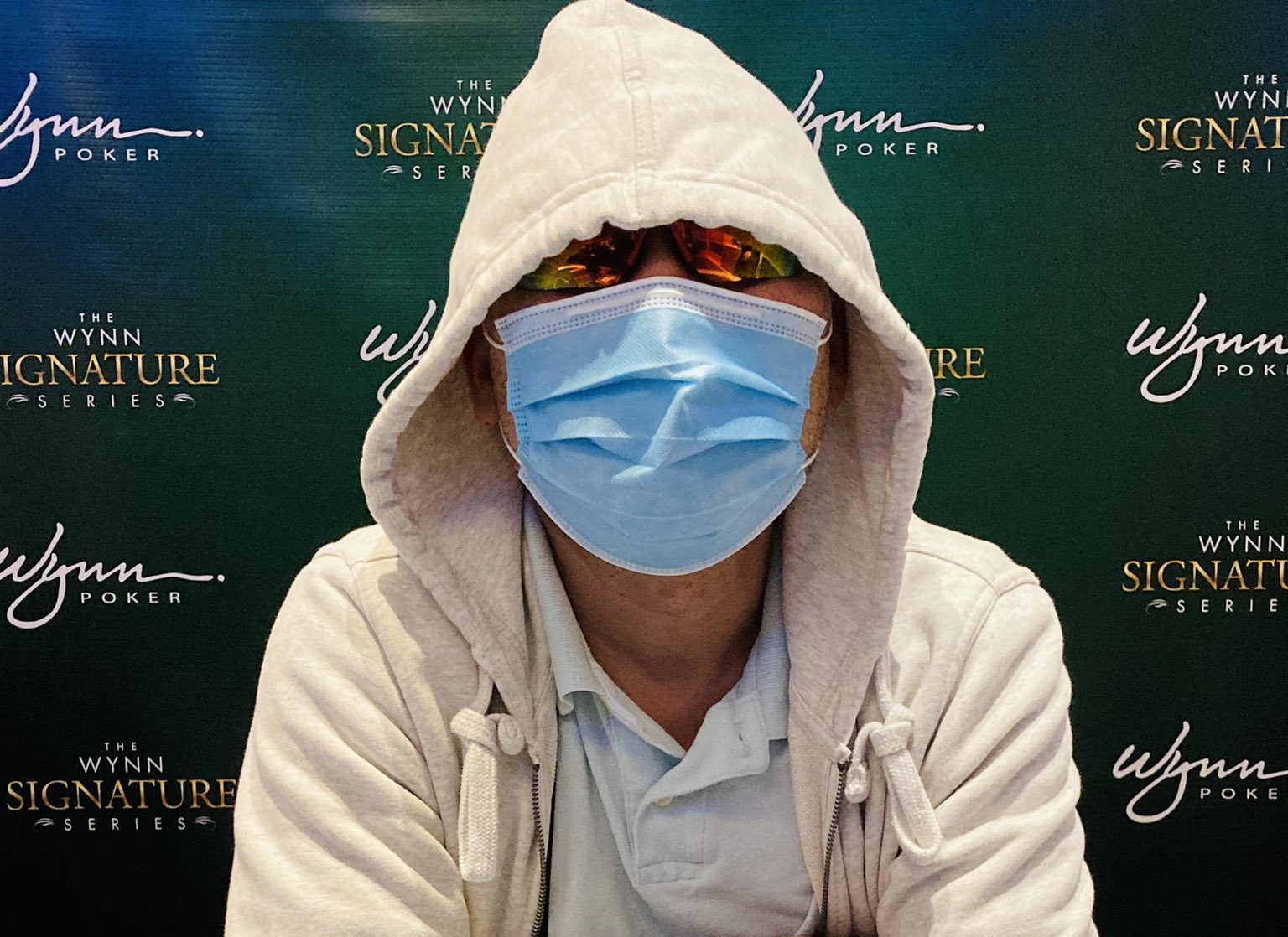 The opening event of the Wynn’s Signature Series was one for the game’s older generation. Despite the Vegas poker scene being in something of a post-WSOP lull, 218 seniors anted up in the $400 tournament last Thursday. Long-time grinder Cao was one of them and, despite not wanting to show his face after a pair of queens won him the event, he still posed with a Wynn trophy. 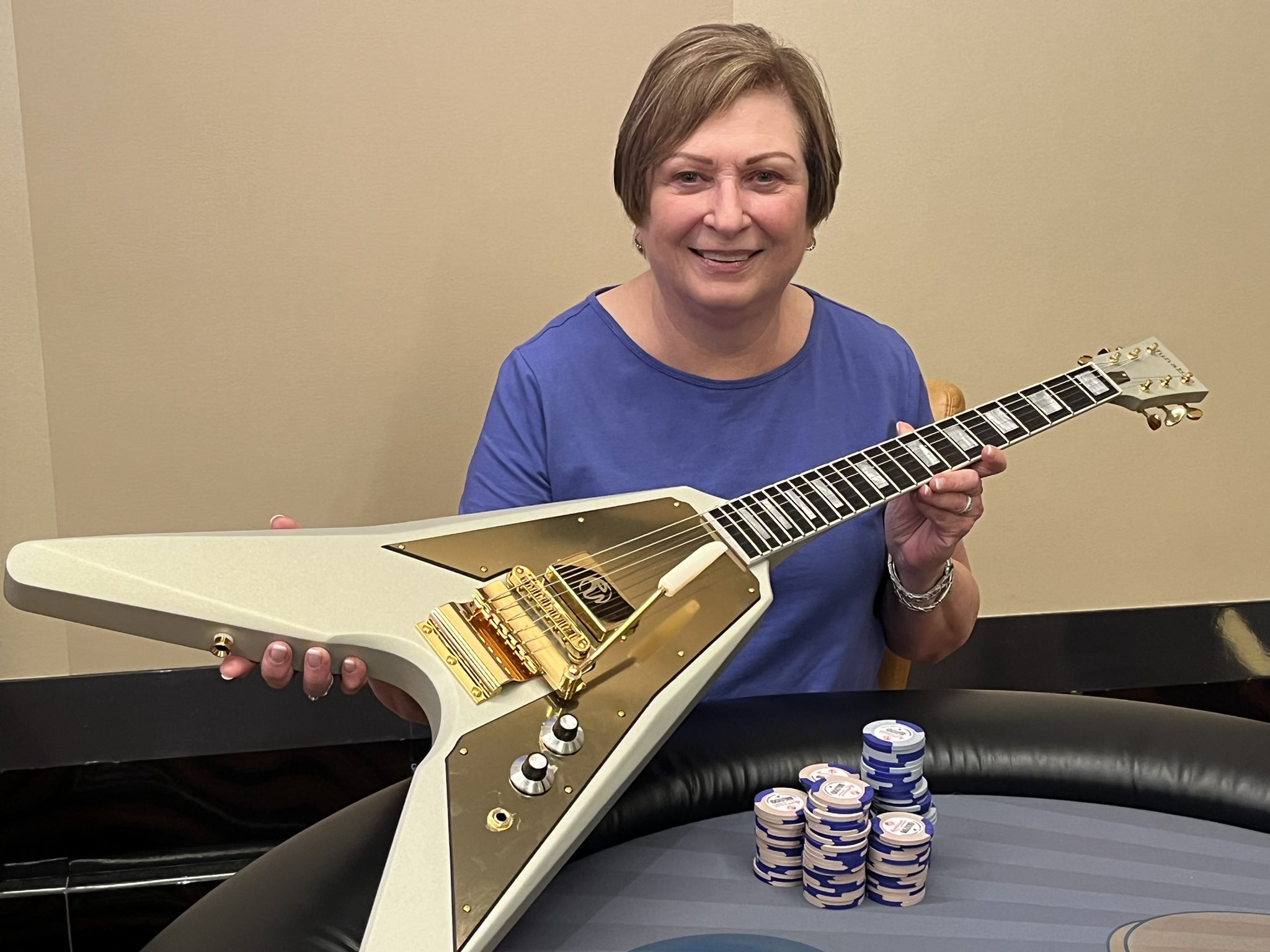 Miner might not have won the biggest prize of the week, but she certainly bagged the coolest. The Arizona-based Miner has just over $67K in live cashes stretching back to 2010, but her victory over 91 players last Saturday certainly stands out. In addition to her cash prize, Miner won a gold-plated electric guitar (shown above). And, in keeping with the rock theme of the tournament, she also bagged herself a lifetime pass to all Psycho Las Vegas concerts.

4. Nominations Open for Women in Poker Hall of Fame Class of 2022

5. Brian Koppelman Peels a Rounders 2 Hint Off the Deck