We always shine our spotlight on the biggest tournament winners in poker, but sometimes, we can’t ignore a sizeable cash game pot, particularly when it’s Tony G breaking a record. Don’t worry though, just because we watched a seven-figure cash game pot, it doesn’t mean we’ve missed any masterful MTT performances. With Daniel Negreanu and Jeremy Ausmus joining a selection of international standouts, this week’s Big Winners is as juicy as ever. So, to see who won what — how — scroll down for CardsChat’s Big Winners of the Week ending Feb 13.

The G has been the catalyst for Coin Poker’s high-stakes games in recent weeks and, after chopping a mega-pot in January, he finally won a big one all of his own. In fact, it wasn’t just a big one; Saturday’s pot was a record-breaker. The G found himself heads-up against an anonymous player known as HannibalGetya. As is the nature of PLO, Tony G’s straight wasn’t a lock to win the hand until the river. However, once his opponent showed two-pair, the Lithuanian pro scooped the biggest pot in online poker history. 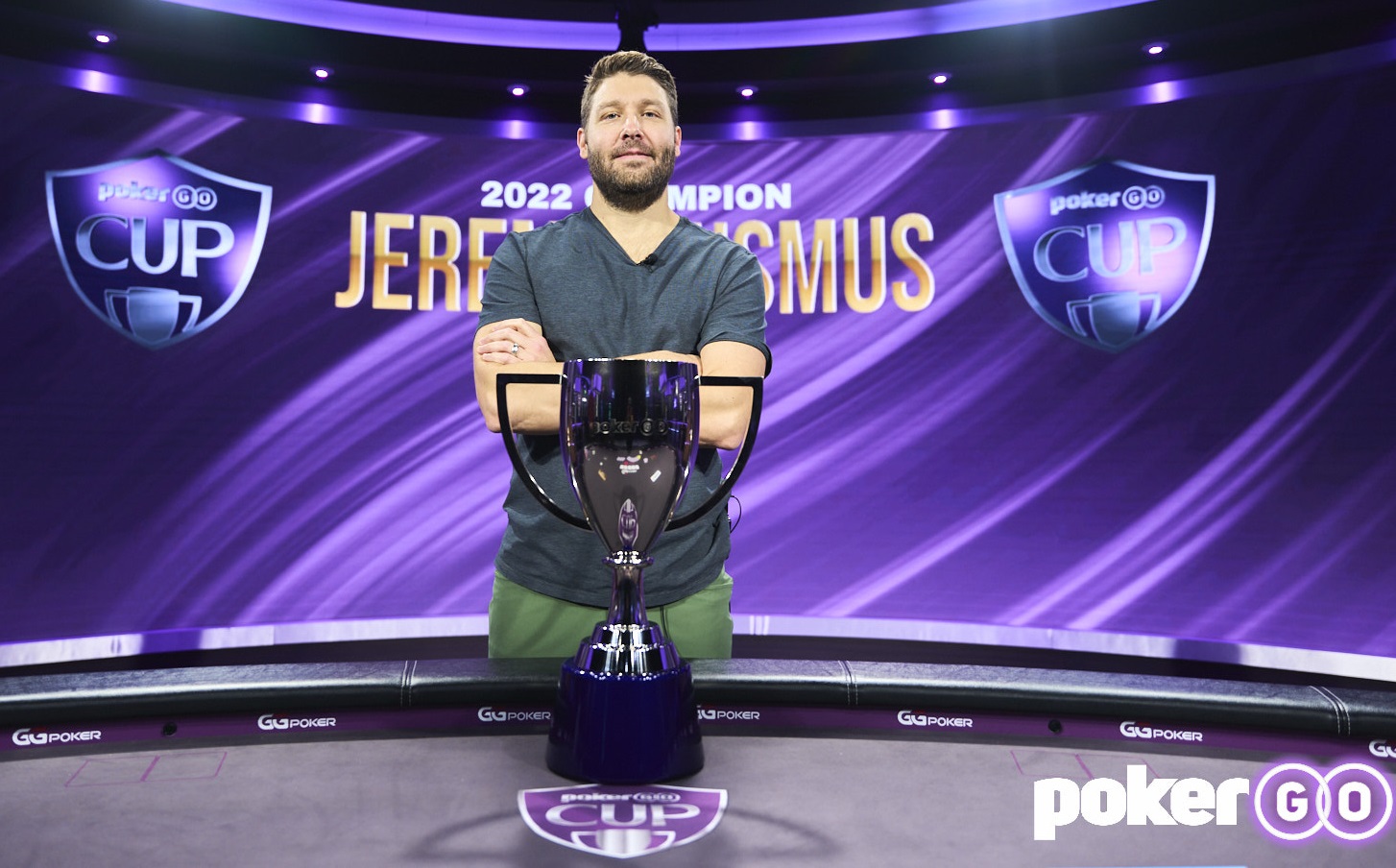 Two third-place finishes, a second, and an outright win over the course of one week were enough to earn Ausmus the 2022 PokerGo Cup title. The three-time WSOP champion’s run started with a second-place finish in Event #3. That result was worth $144,000 and gave Ausmus the confidence to push on and win Event #4. Two more near-misses in Events #7 and #8 took his series earnings over $800,000, which was enough to make him this year’s PokerGo Cup Champion. 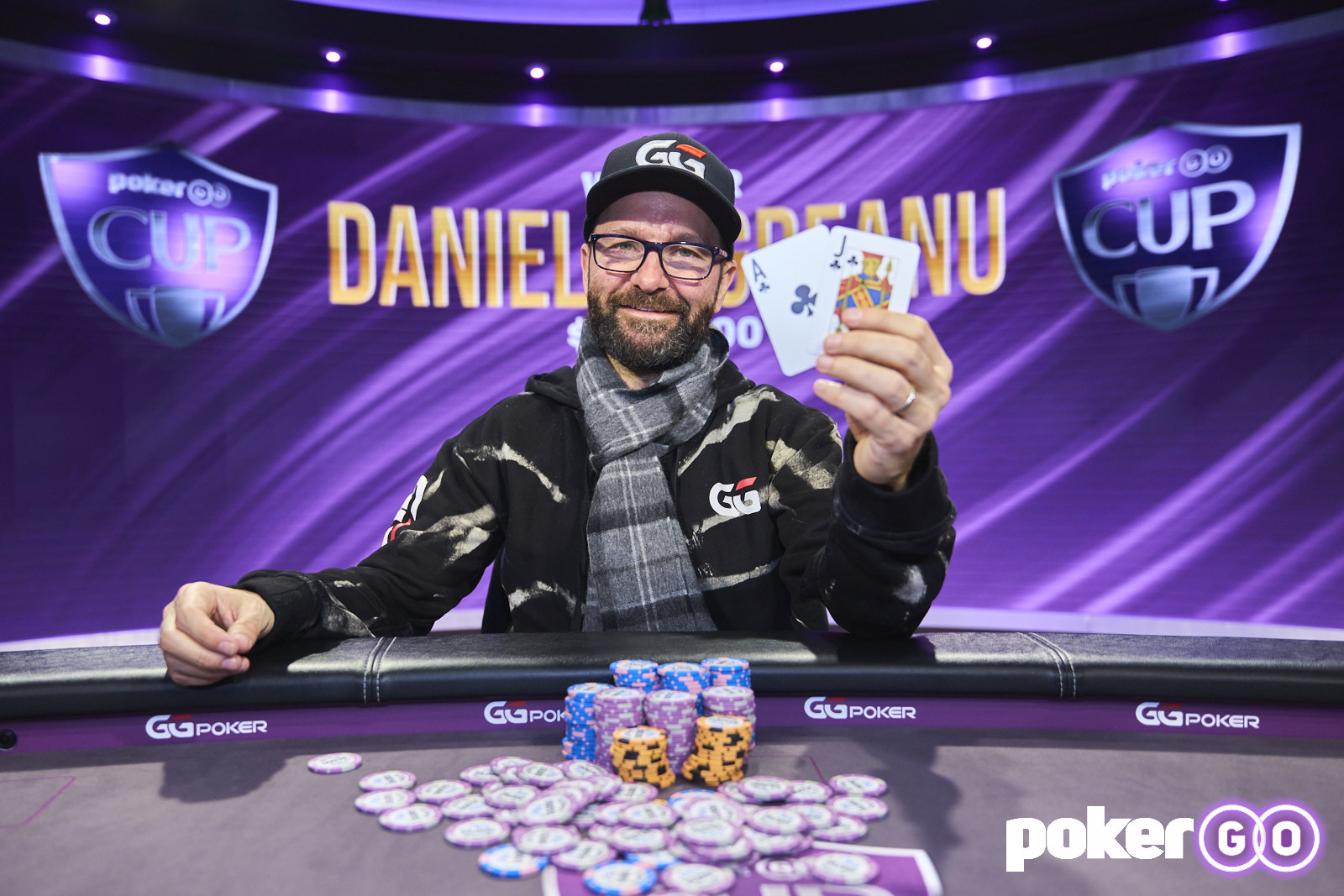 Negreanu took time out of a post-WSOP break to defend his PokerGo Cup title last week. It took until Event #6 for him to break through, but break though he did. Thirty-five players entered the $25,000 Hold’em showdown on Monday and, by Tuesday, Negreanu had all the chips. The win almost didn’t happen though as Negreanu nearly threw in the towel after failing to cash in five events. A text from PokerGo commentator Jeff Platt made him reconsider. That text turnaround turned into another title for Negreanu. 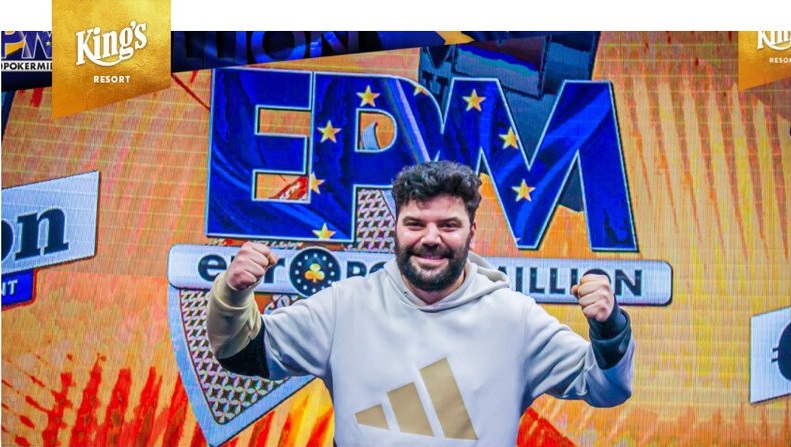 Italy’s Cisternino only had one live tournament cash on his record before Monday’s win in Rozvadov. The removal of COVID restrictions in the Czech Republic allowed a bumper field of 2,557 players to take part in the €490 ($555) EPM Main Event. With more than $1.2 million to play for, Cisternino grinded his way through an international field of players before beating Mehrdad Nasiri of the Netherlands heads-up. The victory earned Cisternino his first live title, a career-defining payday, and a free seat in the 2022 WSOPE Main Event. 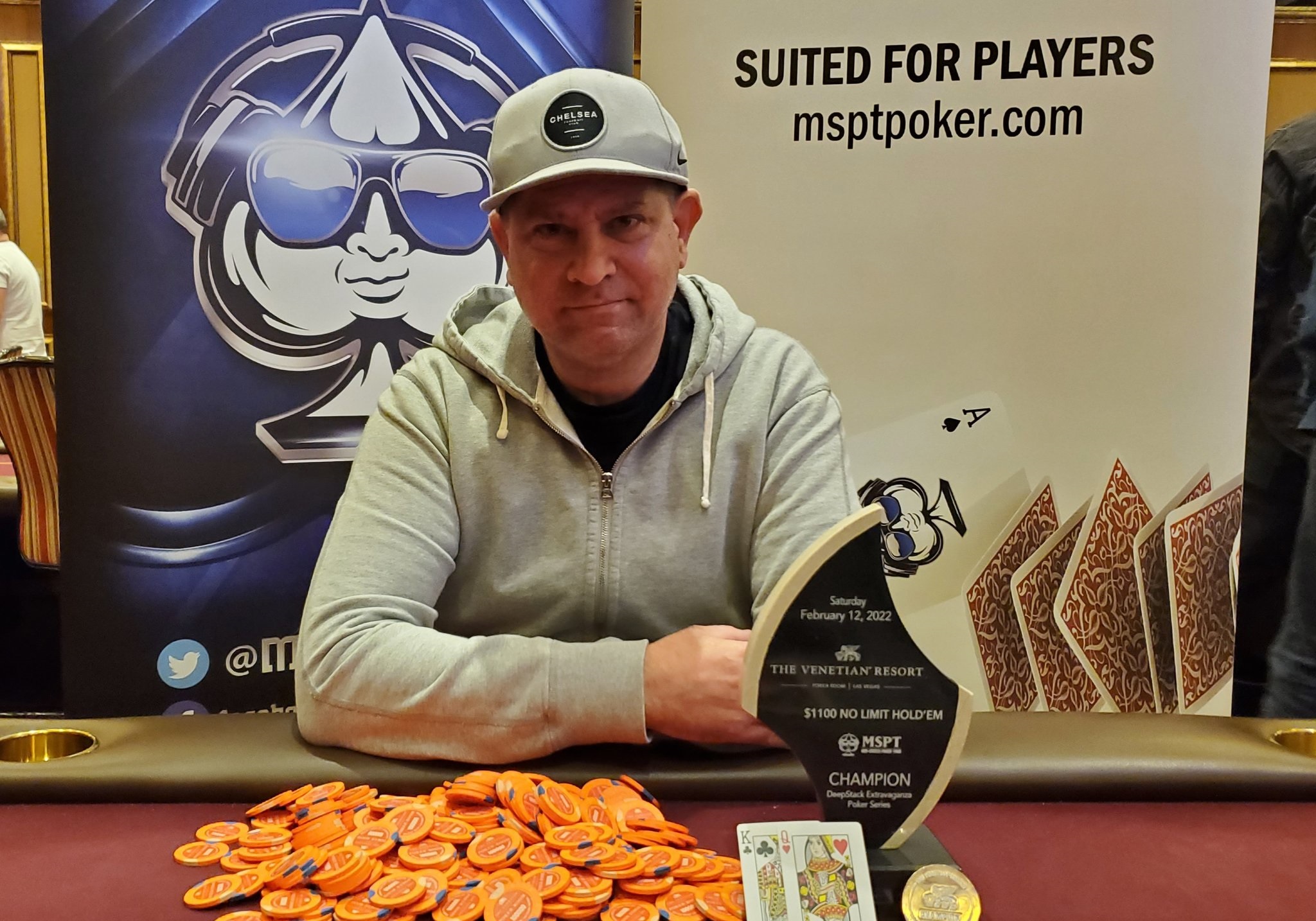 The sixth Poker Bowl attracted 1,027 entrants over the course of two days last week. With everyone paying $1,100 to enter, the $500,000 guarantee was soundly beaten. That meant West was playing for a prize worth more than $168,000 on Sunday’s final table. With more than $750,000 worth of cashes to his name, West wasn’t overwhelmed by the occasion and got the job done in style against Johnnie Moreno. After collecting the biggest prize of his career, West dedicated the win to his friend and fellow pro, Matt Salsberg, who is currently battling some health issues. 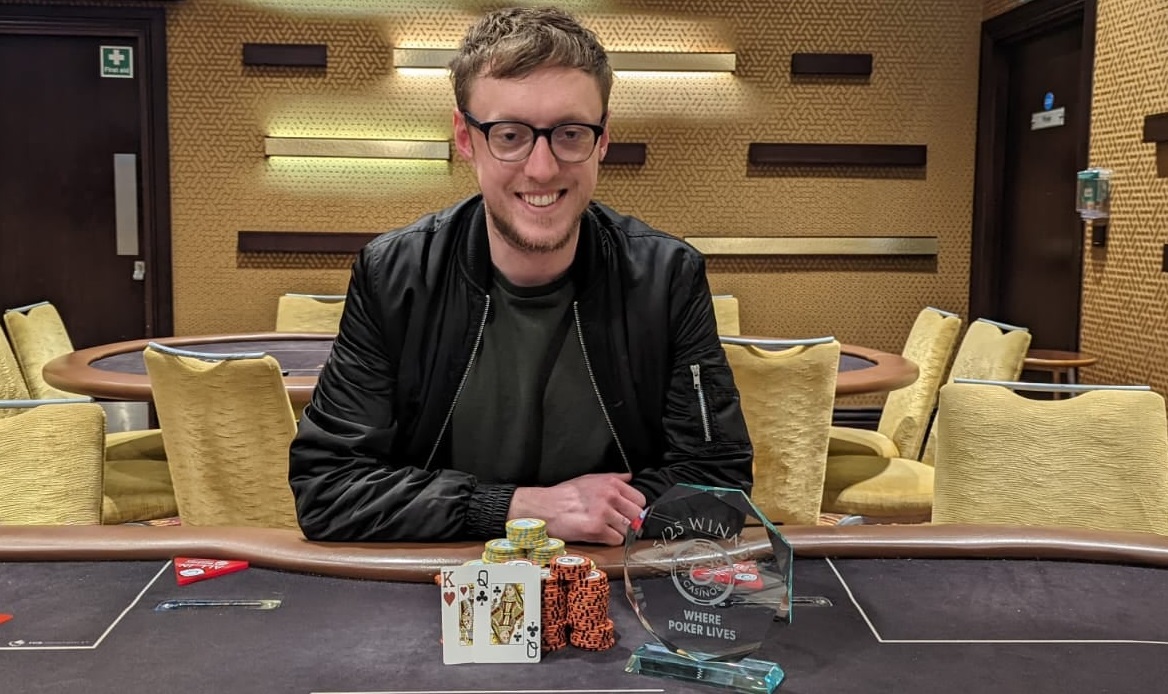 Deane has been grinding his way around the British circuit for the better part of a decade and, on Sunday, he picked up his second live title. Just shy of 500 players (499) anted up in Grosvenor’s £250 ($340) Hold’em event. Deane, who finished second in a 2019 WPT UK side event, powered home in the early hours to claim the second biggest prize of his career. 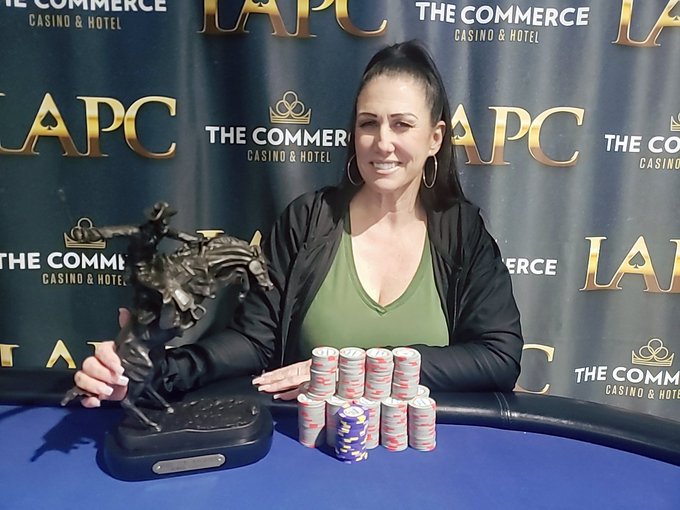 Plumlee is a regular at the Commerce Casino, and she just hit her biggest live score to take her tournament earnings over the $100,000 mark. Plumlee took down the 19th event of the LA Poker Classic in a four-way chop, earning over $13,000 for her efforts. The $350 event was a massive hit, drawing a crowd of 305 people to create a prizepool of almost $90,000. According to Commerce tournament director DJ Villegas, Plumlee called her shot at the beginning of the day, saying she was there for the Remington trophy. 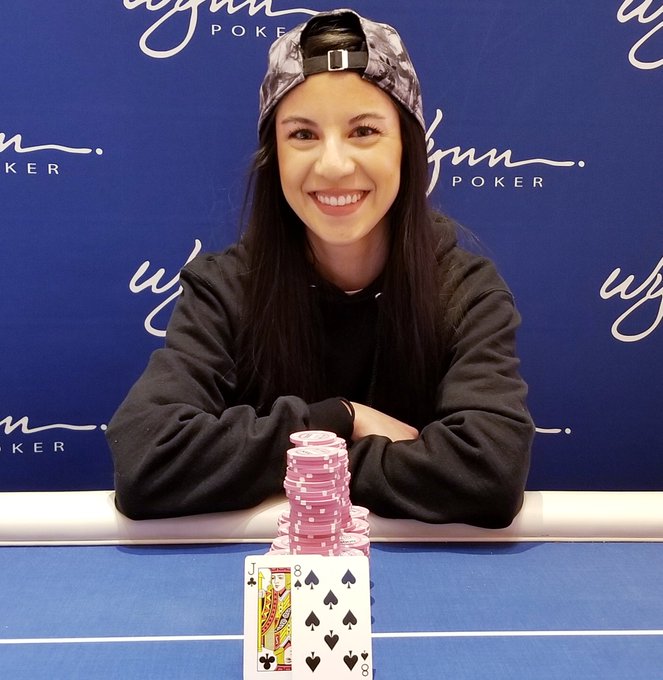 Gollins has been breaking out in Southern California and Last Vegas, playing a ton of local tournaments with some nice results in recent months. Her win in Sunday’s $200 event at the Wynn certainly wasn’t her biggest cash, but it might give her the most pride. You see, Gollins played her boyfriend Elvis Toomas heads-up. As they often do in events they play together, Gollins and Toomas had a side bet where the loser had to give up their prize money to the other. So, as well as her first place prize money, Gollins got almost $2,400 more from Toomas after she beat him heads-up. Not only that, she now has the household bragging rights!