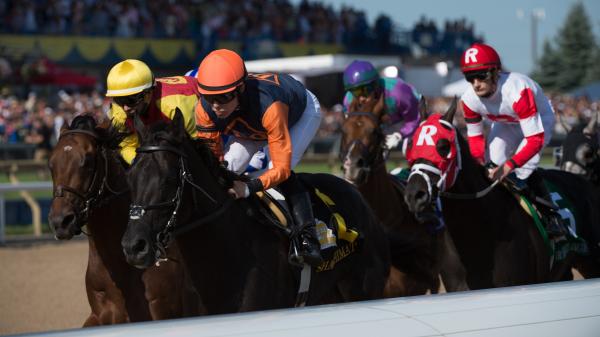 British royalty is an important cultural touchstone in Canada and has transferred to the sport of horse racing and become part of major race names. One of these is the Prince of Wales Stakes.

Alydeed was leading the race into the final strides but outsider, Benburb, did not give up and moved away from Alydeed to claim the victory. Not only was it a big pay day for the owners and breeders, Knob Hill Farms, but also brought delight to anyone who backed Benburb to win. At the beginning of the race, Benburb was a massive 24-1 shot to win the race and even those who bet the minimal amount of $2 to win, went away with $51 in their pocket, which is a sizeable profit. Interestingly, there were no place or show bets for the race, which included only six entrants.

If you think you can spot the next big upset in Canadian horse racing, head to betting-sites.ca. Here you will find reviews of the top online betting sites in Canada plus all the bonuses you can claim when making your next bet.

Continuing with the theme of royalty as we look for more big upsets in Canadian horse racing history, we turn to the Queen’s Plate. This is the first race in the Canadian Triple Crown series and is the oldest Thoroughbred horse race in the country, having been founded in 1860. The race is traditionally run in the summer months at Woodbine Racetrack in Ontario.

We go back to the 2007 Queen’s Plate to find our next major upset, when, prior to the race, all the talk was of Twilight Meteor, the 3-1 favourite who had enjoyed previous wins at the Bourbon Stakes at Keeneland and the Hallandale Beach Stakes at Gulfstream Park months earlier. Jiggs Coz was another horse widely talked about as a potential winner, having won the Display Stakes in November of the previous year. That was not a lot of support for Mike Fox, who was out at 20-1 in the early betting. Mike Fox’s rider in the Queen’s Plate was Emma-Jayne Wilson, who despite winning more than 300 races in her career up that point was not featuring in the betting.

However, the lack of love for Mike Fox did not deter Wilson, who went on to become the first female jockey to win the Queen’s Plate as the colt got up to win by a half-length at 15-1. Speaking after the race, she said, “Out of nowhere I just knew we were flying and it was unbelievable,” before continuing, “To get it in just my third year of riding and to make history in the sense of the first female rider, I’m excited ’cause now it’s said and done.”

Named as one of the most influential women in sport by the Canadian Association for the Advancement of Women and Sport and Physical Activity, Wilson teamed up with Mike Fox to post one of the biggest upsets in Canadian horse racing history.