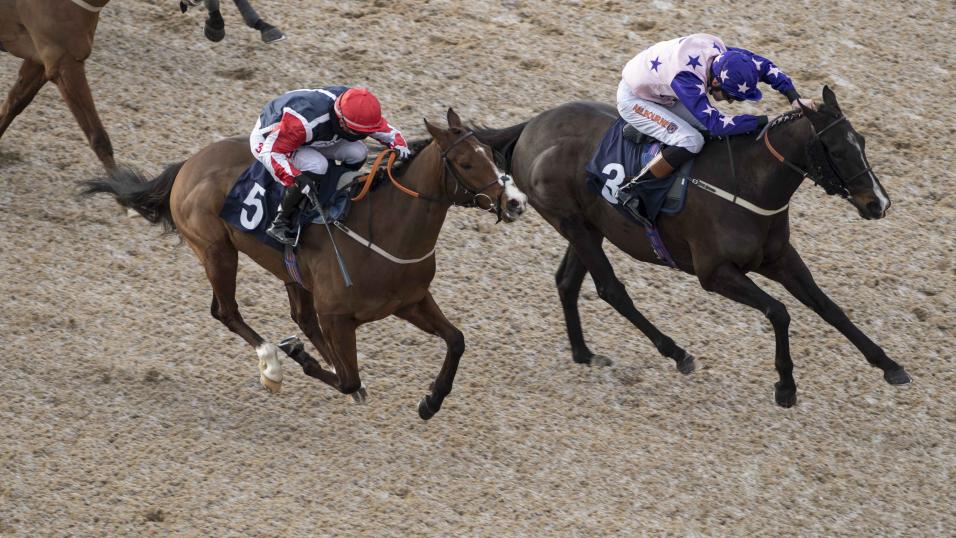 Bless Him has a class edge

Timeform’s Andrew Asquith highlights a NAP, Next Best and Each-Way selection at Newcastle on Monday 28 March.

NAP: Bless Him will relish conditions

Bless Him hasn’t got a brilliant strike rate, but he is a classy operator on his day, and he should have this race run to suit. His last win came at this track over a mile in January last year, though he is equally effective at this trip, and the forecast strong pace will be very much in his favour. A straight track seems to suit him ideally and he has been contesting better races than this, so he may prove too classy for some of these from what is a workable mark.

NEXT BEST: Moonis can take a big step forward

Moonis is bred to be smart and is sure to have derived plenty from his debut at Kempton last month where he looked as though he would come on for the run both mentally and fitness-wise. It was interesting how strong he was in the market on that occasion, though, and he should relish this longer trip now, so he gets the nod to make his second start a winning one for top connections.

EACH-WAY: Raydoun can bounce back

Raydoun was well backed to open his account over course and distance last month, always going best and getting up to win by a length despite repeatedly running out of room, the drop in trip and a more patient ride clearly a help to him. He shaped as though still in good form at Southwell last time, too far back to make any impact after suffering a bump at the start. The return to this venue will be in his favour and he can prove himself still well treated.