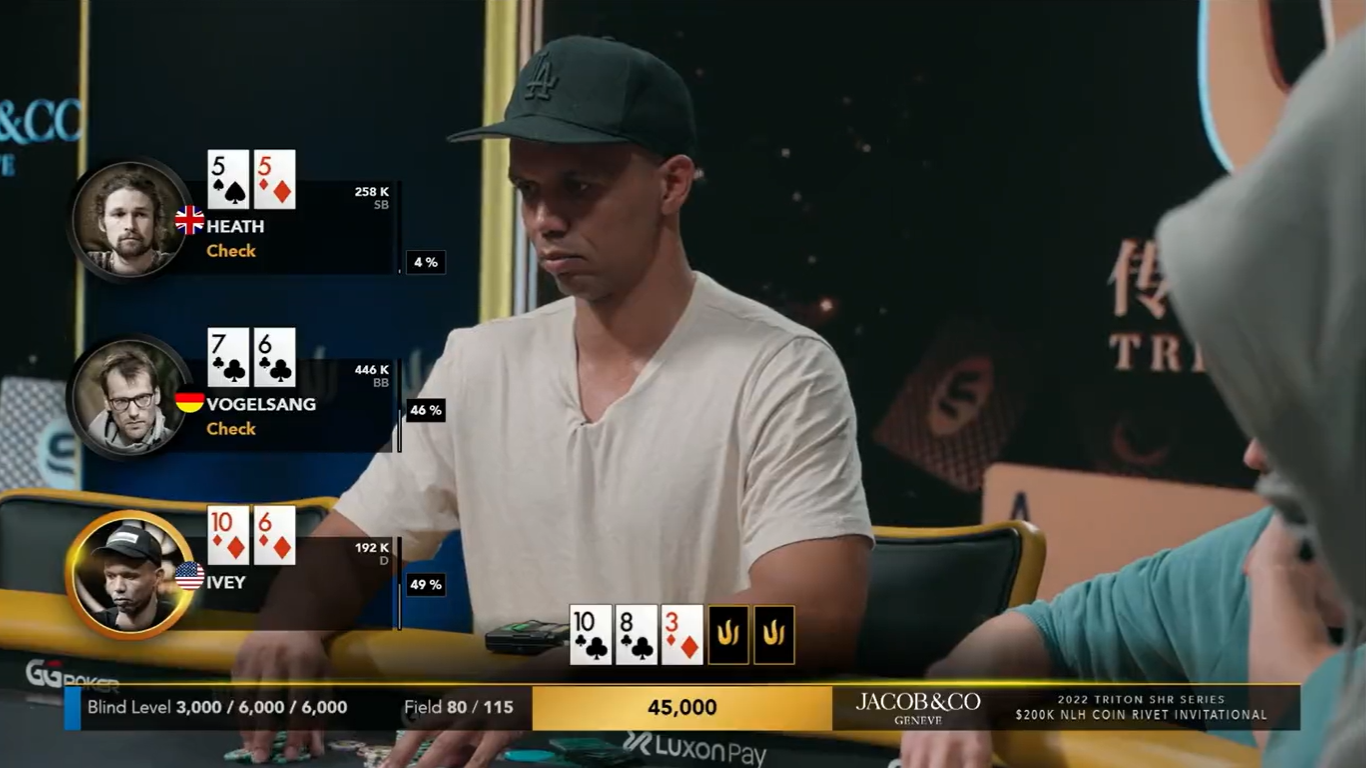 Bluffing Phil Ivey All In with Seven-High in a $200K Buy-In Tournament?

Emptying the clip on a bluff with seven-high against Phil Ivey is a gutsy play, and that’s exactly what Christoph Vogelsang attempted on Day 2 of the $200,000 buy-in Coin Rivet Invitational at Triton Poker Cyprus.

Ivey was on his second bullet after busting with a king-high flush against the nut flush of Linus Loeliger during the first level of Day 1. Vogelsang likely knew that and took that into consideration when he put the Poker Hall of Famer to the test.

How the Hand Played Out 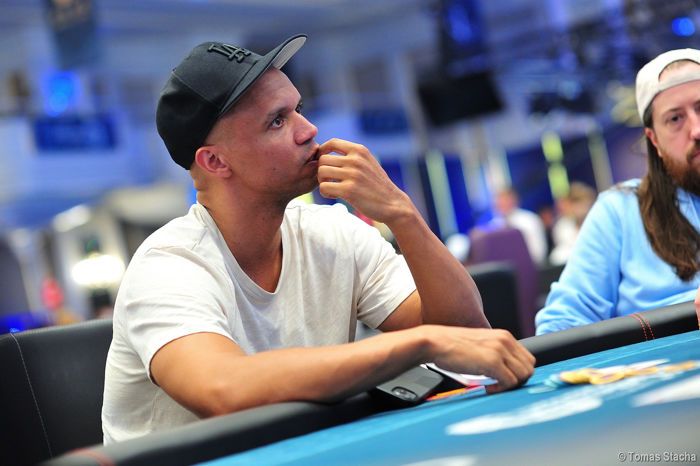 and was called from Benjamin Heath in the small blind, holding

, giving Ivey top pair and Vogelsang a straight flush draw. Heath, who didn’t improve on the flop and was nearly drawing dead, called Ivey’s 16,000-chip bet after action checked to the button, as did the big blind.

paired the board on the turn, Vogelsang made the interesting decision to bet 55,000 and was called by Ivey, while Heath mucked his cards. The

on the river bricked the straight flush draw, leaving Vogelsang with just seven-high.

Although he missed his draw, the over-card to the 10 made things a bit dicey for Ivey, who no longer had top pair. Vogelsang, who knew he couldn’t win the pot without betting, put his opponent to the test. He put Ivey all in for 121,000, and left him with a tough decision to make.

At this point, Ivey likely realized he could only beat a bluff. Either Vogelsang had an eight, full house, or perhaps even a hand such as

. The 10-time WSOP bracelet winner went into the tank, perhaps trying to figure out why his opponent would have bet out on the turn with trips instead of going for a check-raise.

In the end, the great Phil Ivey did what he has done so often during his brilliant poker career, and that was to make the right read. He called the bet, took down the 444,000-chip pot, leaving Vogelsang with 255,000 chips at the time. Both players, however, were eliminated before the end of the session well short of the money in the 115-entrant tournament.

At the time of publishing, the money bubble had been reached and only 17 players remained. Fedor Holz, a bracelet winner and GGPoker ambassador, was atop the chip counts at over 6.7 million with the blinds at 30,000/60,000. Linus Loeliger was just behind him a bit in second place, while Ebony Kenney, playing in her first high roller, was in the money but hanging on by a thread at around 12 big blinds.

Read about how streamer Ebony Kenney got invited to the Coin Rivet Invitational!

2022-09-12
Previous Post: Americans Have Mixed Views on Marijuana, Casinos Do Not
Next Post: Making Money Betting the Trifecta in the Del Mar Futurity