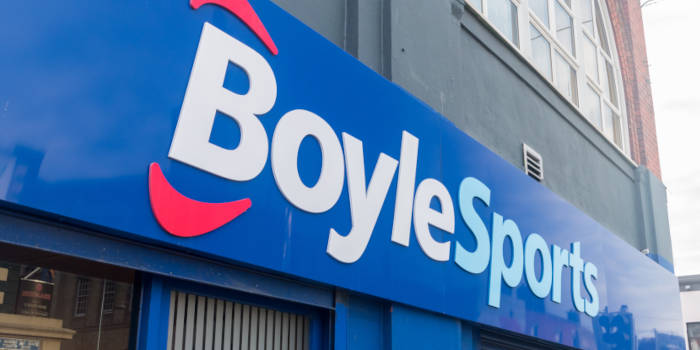 BoyleSports Appoints New CEO After Months Without a Leader

Irish iGaming and sports betting operator BoyleSports finally found a replacement for its vacant CEO role. Former William Hill director Vlad Kaltenieks will take up the mantle, replacing his predecessor, who lasted less than a year in the position. Kaltenieks joins at a turbulent period for BoyleSports as the operator pursues international expansion amidst rising challenges.

The New CEO Enters During a Dynamic Time

BoyleSports has remained without a chief executive ever since Mark Kemp, the man formerly occupying the position, left the company after just ten months at the helm. Kemp departed to pursue other projects, joining DAZN BET as CEO. BoyleSports then spent several months with nobody at the helm, as finding a suitable replacement proved difficult.

However, the absence of a CEO did not dampen the operator’s ambitions. The company currently maintains a substantial presence in Ireland, employing a staff of roughly 2,500 across 350 venues. BoyleSports has recently focused significantly on its UK expansion efforts, opening eight new shops in the country over the past eight months, bringing their total count to 29, with two more in the Isle of Man.

Kaltenieks Is a Well-Rounded Industry Professional

With such an ambitious and expansion-focused mindset, BoyleSports has been in dire need of a capable leader to spearhead its efforts. Luckily for the operator, Vlad Kaltenieks seems like a perfect match for the position, possessing substantial industry knowledge and years of relevant experience. Announcing his new appointment in his official LinkedIn profile, Kaltenieks expressed excitement to join the BoyleSports team.

Over the years, the company has grown into a successful business, with its own technology and experienced team, and I am very optimistic for our next chapter.

Kaltenieks is a proven industry veteran. He worked with several high-profile operators and sports a substantial technological background. Launching his career in 1999, he co-founded the technology company Skynet and moved on to several IT-related management positions. In total, Kaltenieks has over two decades of technology experience. His most recent jobs with high-profile gambling operators gave him a new perspective and allowed him to apply his skills to a new and dynamic industry.

The new BoyleSports CEO’s first introduction to the gambling world was in 2016 when he got appointed as director of digital and data at leading European gambling and iGaming operator Betsson Group. Immersing himself in the field, he later moved to William Hill, where he spent four years as global director of data, analytics, and digital before becoming BoyleSports CEO.

Kaltenieks’s blend of technological experience, leadership skills, and industry know-how should make him well-suited for his new position. His customer-centric strategy, organizational focus, and value-driven mindset will prove valuable to BoyleSports as the operator seeks to maintain momentum in an increasingly challenging economic environment.

2022-12-28
Previous Post: Poker Strategy With Greg Raymer: Inducing A Bluff With Just Ace High
Next Post: Betting Bowl Games Will Never be the Same Because of Transfer Portal