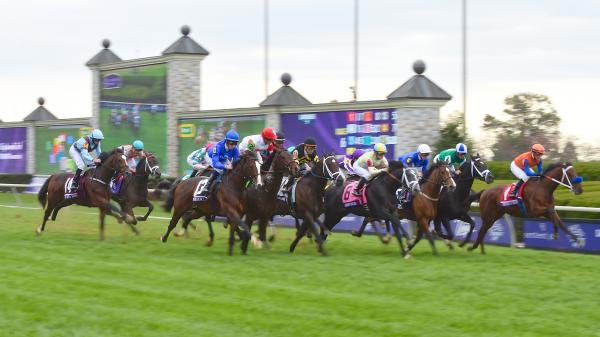 Horses from around the globe will be qualifying through the “Win and You’re In” program for the 39th Breeders’ Cup World Championships, consisting of 14 Grade 1 races and purses and awards totaling $31 million. This year’s Championships will be held at Keeneland Race Course in Lexington, Ky., on Nov. 4-5. The first U.S. Breeders’ Cup Challenge Series race of the year will be the Shoemaker Mile Stakes at Santa Anita Park on May 30.

The Breeders’ Cup Challenge Series, now in its 15th year, will be hosted at many of the world’s premier racetracks in Argentina, Brazil, Canada, Chile, England, France, Ireland, Japan, Peru, South Africa, and the United States.

The 2022 series in the U.S. has been restructured into a regional qualifying program to balance divisional competition across the country. In 11 of the 14 race divisions, there will be one Breeders’ Cup Challenge Series race per region, identified as East, Midwest, and West. Breeders’ Cup Challenge qualifying races in the Juvenile Turf and Juvenile Fillies Turf Divisions will be limited to two races. Breeders’ Cup will promote these regional rivalries on the road to the World Championships.

The exception to the regional format will be in the Longines Breeders’ Cup Classic Division, which will have six domestic races in this year’s series. The complete 2022 schedule is available here.

“We’re excited to introduce our restructured regional format for the year’s domestic Challenge Series to better identify our top qualifiers from each part of the country as they move on to the World Championships,” said Dora Delgado, Breeders’ Cup Executive Vice President and Chief Racing Officer. “The ‘Win and You’re In’ format has been in place since 2007 and provides a fast track to the World Championships through an automatic selection into the race and free entry fees. We look forward to working again with our racetrack partners in conducting the Challenge Series races around the world this year.”

Next Monday’s Shoemaker Mile winner will gain a free starting position in the $2 million FanDuel Breeders’ Cup Mile and will be designated as the Breeders’ Cup Challenge Western representative in the World Championships. The Fourstardave Handicap at Saratoga (East) on Aug. 13, and the Coolmore Turf Mile at Keeneland (Midwest) on Oct. 8, are the other two automatic qualifiers in the Mile Division.

Complementing the season in North America, there will be 39 international Breeders’ Cup Challenge races.

In support of the Horse Racing Integrity and Safety Act (HISA), which was signed into law in the U.S. in 2020, medications will not be permitted to be administered within 24 hours for all Breeders’ Cup Challenge Series races.

Some of the highlights of this year’s Challenge Series are as follows: