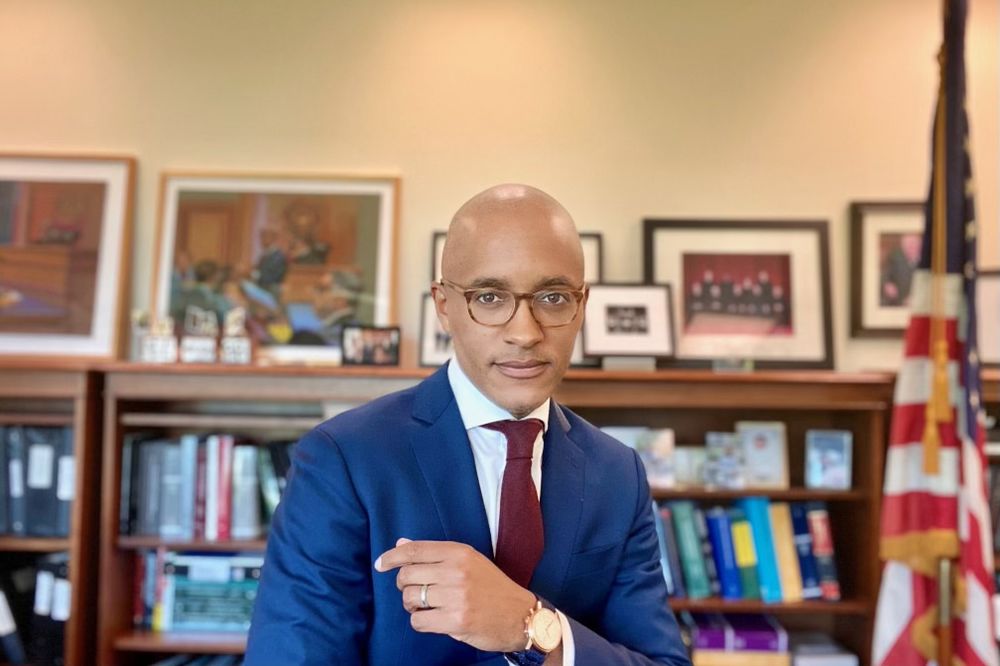 A New York ex-convict has been once again sentenced to federal prison. This time it is for allegedly operating illegal gambling parlors in Brooklyn.

Damian Williams, US Attorney for the Southern District of New York, pictured above. He announced a four-plus years’ prison sentence in connection with Brooklyn gambling dens. (Image: Bloomberg)

Abduraman “Diamond” Iseni, 56, of Staten Island, was ordered by US District Court Judge Andrew L. Carter today to spend 51 months in prison for running such gambling operations as “Friendly Cafe,” “Oasis Cafe,” and “Sports Cafe.” They were functioning between 2017 and 2020.

The gambling parlors featured illegal sports betting and illicit poker games, Damian Williams, US Attorney for the Southern District of New York, revealed in a statement. The operations were reputedly tied to the mafia, the New York Daily News further claimed in a report.

Some of the revenue earned at the operations were allegedly laundered through different bank accounts, prosecutors add.

A widespread inquiry involving FBI and other federal investigators, as well as the New York City Police Department (NYPD) and state authorities, further revealed Iseni allegedly oversaw the racketeering operation known as the “Diamond Enterprise.” It appears he did not participate in the day-to-day running of the gambling network.

The Diamond Enterprise was an organized criminal group operating under Iseni’s direction,” Williams’ statement explained. “Iseni offered his protection, connections, and substantial influence in the criminal underworld to other members of the racketeering enterprise, in exchange for a share of their illegal profits.”

He also admitted to threatening a victim with physical violence. In one instance, Iseni allegedly held a fork close to a co-defendant’s eye and threatened to jab it into the eyeball, Williams said.

Earlier, 16 Diamond Enterprise members were arrested in a joint FBI/NYPD investigation of the operation. Most of the ethnic-Albanian gang were indicted on charges related to illegal gambling.

Previously, Iseni was convicted in 1996 for racketeering and in 2012 for money laundering. He was sentenced to federal prison for those earlier crimes.

“Serving more than a decade in federal prison should have demonstrated to Abduraman Iseni the consequences of serious crimes,” Williams said in today’s statement. “But instead, after his release he went back to racketeering, threats, money laundering, and other offenses.”