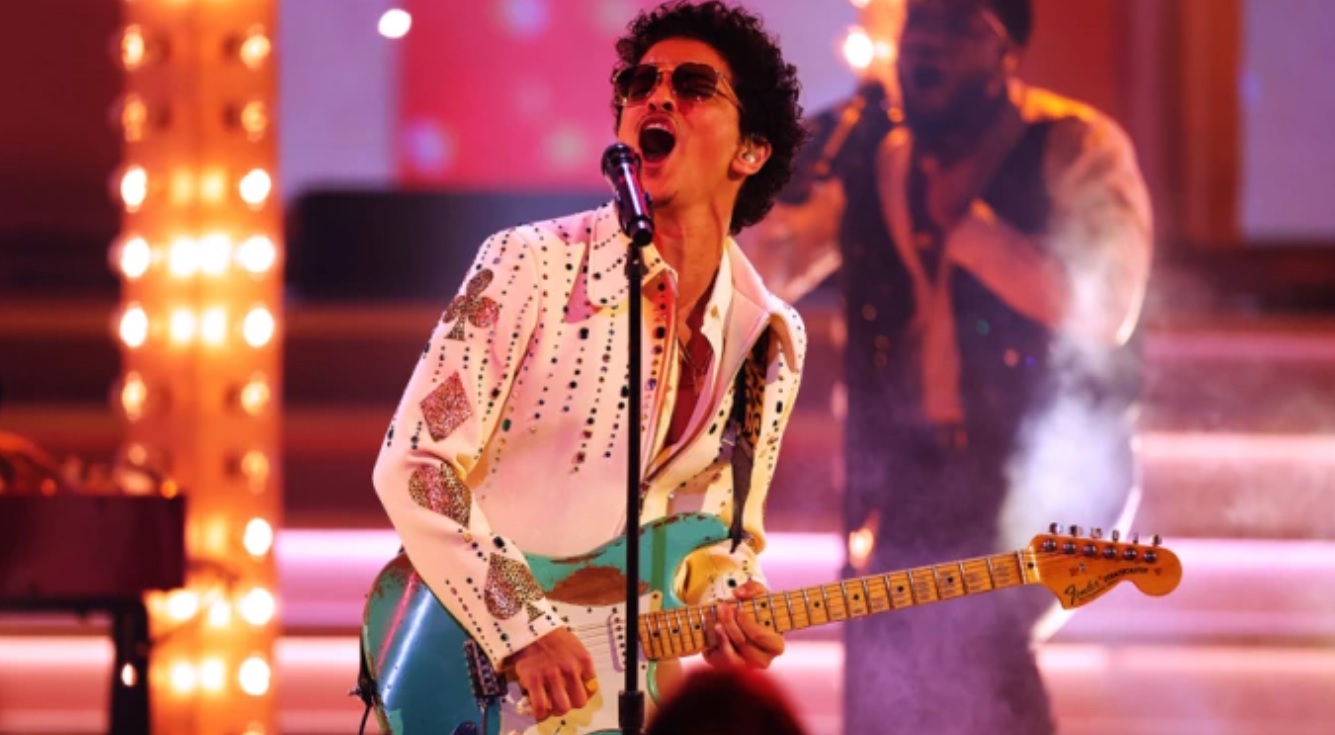 Pop superstar Bruno Mars is opening a new bar and lounge at the Bellagio, according to unconfirmed reports. The space, currently occupied by Lily Bar & Lounge, will be called the Pinky Ring by Bruno Mars. (In the Vegas-set video for Mars’ song, “24K Magic,” the singer wears pinkie rings on both hands as he invites listeners to “Put your pinkie rings up to the moon.”)

Singer Bruno Mars, who currently performs at the Park MGM as one half of Silk Sonic, is opening a new lounge at Bellagio in Las Vegas, according to unconfirmed reports. (Image: Getty)

No confirmation was available from Mars or the Bellagio’s owner, MGM Resorts International. However, the Las Vegas Review-Journal published the news after speaking to two unnamed food and beverage industry insiders familiar with the project. Scott Roeben, founder of Casino.org’s own Vital Vegas blog, tweeted the same information back on March 2, 2022.

According to Roeben, Mars’ Pinky Ring was originally slated to replace Rhumbar at The Mirage, which revamped this spring into the Rhumbar Tropical Ultra Lounge. However, MGM’s sale of The Mirage to Hard Rock International put the kibosh on that plan. Mars has a long-standing relationship with MGM, which also owns Park MGM.

Mars performed a sold-out residency in the Dolby Live (then Park Theater) venue there from 2016 to 2021, and currently performs a residency through August 2022 there as part of the R&B duo Silk Sonic, featuring rapper Anderson Paak. Mars also donated $1 million to an emergency COVID-19 relief fund for MGM Resorts employees when the pandemic began in 2020.

Music Stars Get Their Vegas Back On

When Mars performed at the Park MGM on July 4, 2021, he became the first resident headliner to return to Vegas following the pandemic shutdown. Now, a growing number of music superstars are flocking back.

U2, which took its last Vegas bow at the T-Mobile Arena in 2016, will be the first group to play, and play a residency, when the new MSG Sphere opens at The Venetian next year.

Adele recently announced 24 rescheduled dates (from Nov. 18, 2022 to March 25, 2023) for her residency, “Weekends With Adele,” at the Colosseum at Caesars Place. Those dates were abruptly postponed in January 2022, 24 hours before the residency was to open. Adele blamed COVID-19 for sidelining half her crew and rendering the show not ready.

Katy Perry returns for the third sprinkling of dates (from Aug. 3 to 13) of her “Play” residency at The Theatre at Resorts World, which began in December 2021. Aerosmith also returns to the Dolby Live from Sept. 14-19. Its first Las Vegas residency began in April 2019, but was cut short in May 2022 when singer Steven Tyler reportedly entered a treatment program,

And Lady Gaga is hotly tipped to resume her critically acclaimed residency, “Lady Gaga Jazz & Piano,” at the Dolby Live sometime after her current world tour ends in Miami on Sept. 17. Aerosmith finishes at the Dolby Live on Sept. 19. The showcase for acoustic versions of Gaga greats and Great American Songbook classics was last staged there in May 2022.