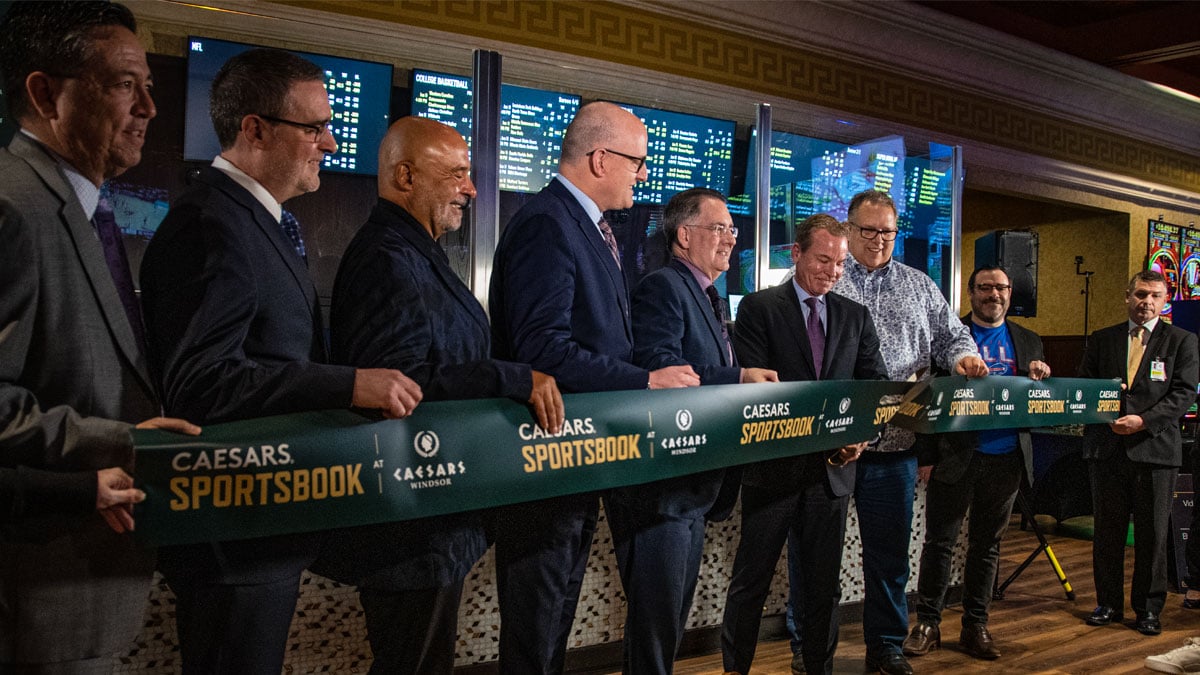 Caesars Entertainment made history Wednesday when it celebrated the grand opening of a brick-and-mortar full-service sportsbook at the Las Vegas-based company’s casino in Windsor, Ontario.

Today’s grand opening is a testament to our community partners, Team Members, and our guests who have all patiently waited for this day,” said Laforet.  “We embrace the opportunity to provide a world-class Caesars experience that both sports fans and guests will enjoy.”

Joining Laforet for a ribbon cutting on Wednesday were Windsor Mayor Drew Dilkens and Member of Parliament (MP) Brian Masse (NDP-Windsor West). Masse was a key supporter of C-218, a bill authored by MP Kevin Waugh (Conservative-Saskatoon-Grasswood) that ended the prohibition on single-event wagering.

Sports betting had been legal in Canada, but bettors were only allowed to make parlay wagers.

Hockey legend Grant Fuhr placed the first bet at the sportsbook. He pledged any winnings would go to his charitable foundation.

SuperBook to Open Sportsbook in Cincinnati

Caesars isn’t the only gaming company celebrating the opening of a new sportsbook.

In Cincinnati this weekend, SuperBook Sports will celebrate its new retail sportsbook at Taft’s Ale House. The sportsbook is located a couple of blocks east of TQL Stadium, home of MLS franchise and SuperBook’s partner in Ohio FC Cincinnati.

The ribbon cutting will take place Friday at 11:30 am ET. The sportsbook also plans watch parties for NFL Wild Card playoff games on Saturday and Sunday.

Besides the brick-and-mortar facility, SuperBook also operates an app in Ohio, where sports betting became legal earlier this month.

On Wednesday, Betway and Sportradar announced an expansion of their ongoing partnership.

Under the new deal, Betway plans to use Sportradar’s technology to help it acquire and retain customers more effectively. Sportradar will also make its audio-visual platform available on Betway’s site. That will give the Super Group sports betting operator access to more than 400,000 live sporting events worldwide. Sportradar’s feed include top European soccer leagues and MLB, NBA, and NHL games in the US.

Betway CEO Anthony Workman said the expanded agreement will help the company better connect with its bettors. It also means Betway will offer a product that encourages more engagement and enhances their experience on the site.

“By creating an enhanced, highly personal experience for customers, sportsbooks are now able to differentiate their offering to establish loyalty, drive growth and be distinctive in an increasingly competitive environment,” Sportradar Chief Commercial Officer Ed Blonk said in a statement.