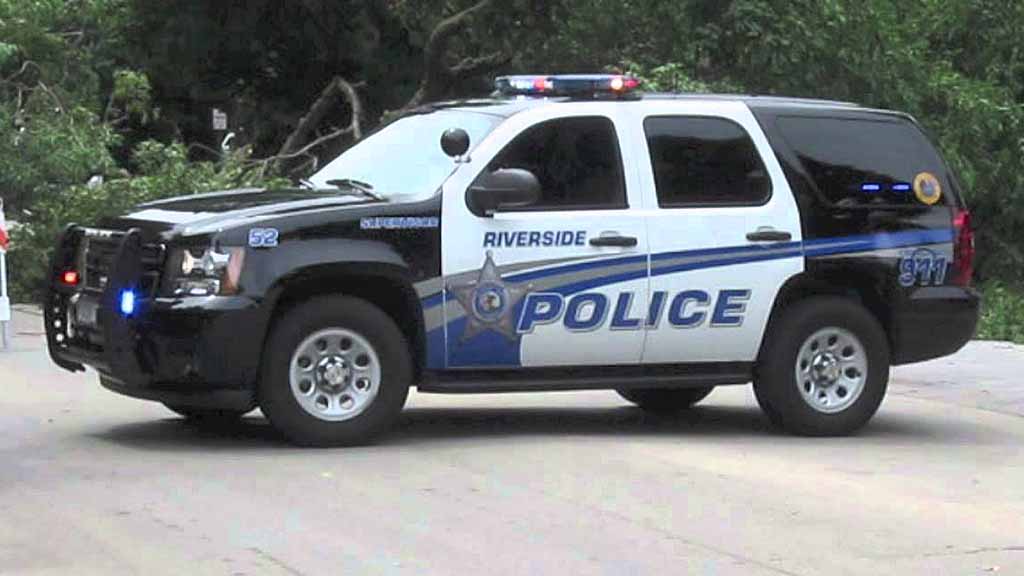 Riverside, Calif. Police Department SUV, pictured above. Local police are investigating the robbery of a residence. The occupants were gambling when the bandits entered. (Image: Riverside Police Department)

Local police were still looking for the robbers on Monday. The gambling going on in the house was illegal, Riverside police revealed. So far, none of those at the residence were charged.

Each of the robbers was wearing a mask, according to the Press-Enterprise, a California newspaper. Police did not provide additional details on the gunmen.

The robbers entered the gated home and fled after taking the loot. Someone who was at the house met local police at a nearby grocery store.

The gamblers were said to be largely uncooperative with authorities when they were contacted by phone. The vice unit of the Riverside Police Department has launched an investigation into the gambling taking place in the residence, the Press-Enterprise said.

It was unknown if the robbers knew about the gambling before they entered the house.

In an unrelated incident, last month a man was arrested following a fatal fight at Oroville, Calif.’s Feather Falls Casino & Lodge. A victim died in the gaming property during the struggle.

He was later identified as Dennis Wold, 55, of Chico, Calif. A suspect, Michael Livermore, 37, of Oroville, was charged with murder, according to a statement from the Butte County Sheriff’s Office.

When deputies arrived, initially they had to search for Livermore. He ran away from the gaming venue following the fight, deputies said.

A short time later, they located Livermore and apprehended him.

In still another incident, a husband and wife will be spending about eight months in jail for a California theft scheme during baccarat games at Parkwest Casino 580. They also must pay back $507,600 in restitution.

The illicit scheme occurred at the Livermore, Calif. gaming property between 2015 and 2017. Tran was a dealer at Casino 580.

An investigation revealed that Tran allegedly peeked at the sequence of cards after shuffling. She then conveyed the card sequence to Nguyen using text messages before she left the gaming table, Bonta said.

Nguyen then played at the table and began to bet after spotting the sequence of cards, Bonta added. Nguyen was a professional gambler and former employee at Casino 580, according to court documents.

The couple was later apprehended on May 6, 2020, while in Texas. Recently, they pleaded guilty to felony grand theft. In 2020, the couple was also charged with conspiracy to commit grand theft.