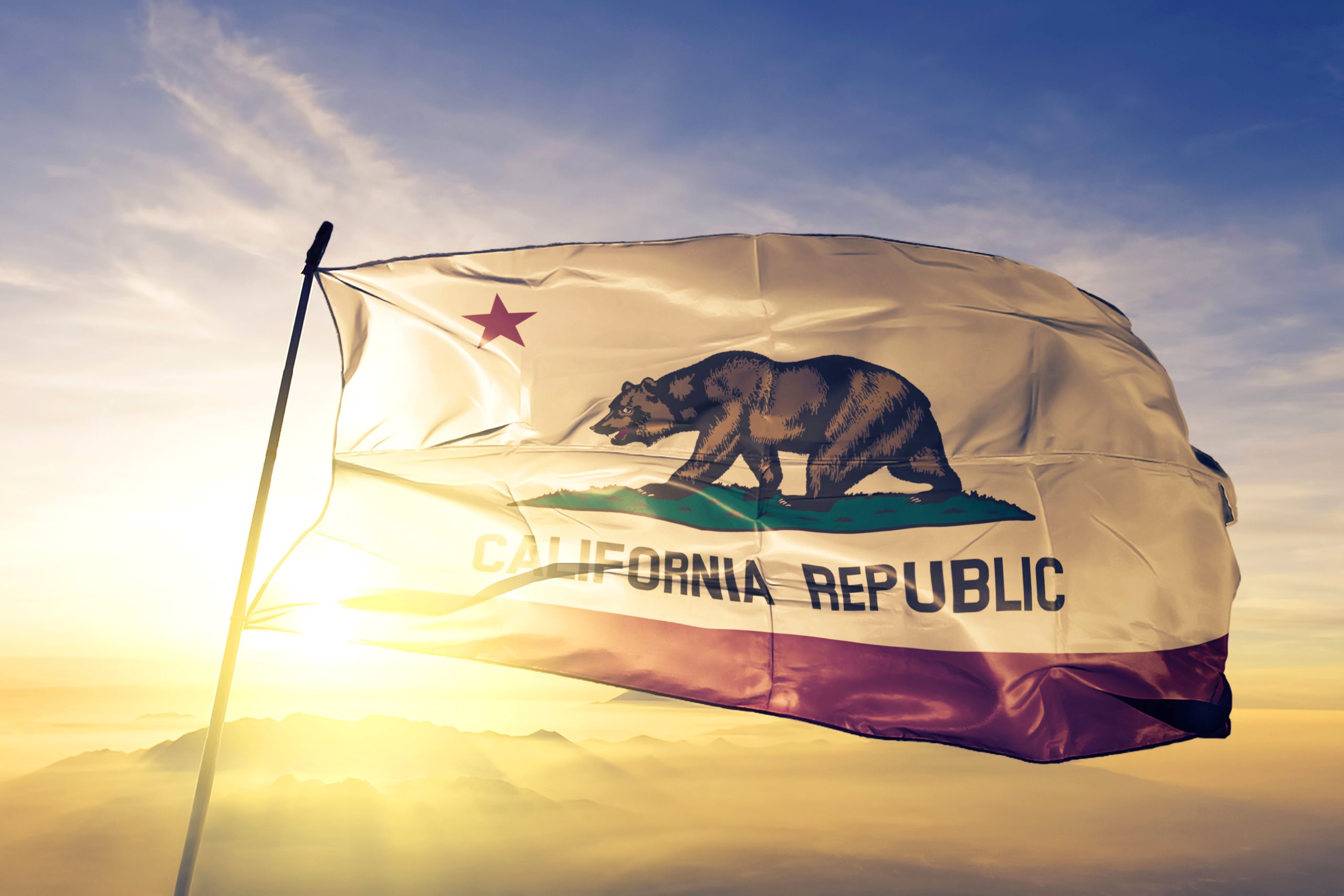 A poll released Tuesday showed that the two California sports betting initiatives going before votes are longshots for passage next month.

The California state flag waves at sunrise. A poll released Tuesday shows that neither of the two sports betting measures slated to appear on next month’s ballot have the support of California voters. (Image: Oleksii/Adobe Stock Photos)

The University of California at Berkeley Institute for Governmental Studies (Berkeley IGS) polled nearly 7,000 likely Golden State voters about several races and initiatives on the Nov. 8 ballot. Neither fared well.

Those polled opposed Proposition 27, which would legalize online sports betting statewide, by a near 2-to-1 margin, 53% to 27%. Proposition 26, a tribal gaming expansion measure that includes retail sportsbooks at Indian casinos and state-licensed racetracks, has slightly more support at 31%, but 42% plan to vote against it.

Prop 27 has been pushed by seven online sportsbooks that have touted most of the funding generated by legalized wagering would go toward programs to help the homeless and bolster mental health solutions. Supporters tried to curry favor with tribes by requiring they be included, but most tribes have stood behind Prop 26, which also would expand casino gaming to include roulette and dice-based table games.

Prop 26 also would allow entities to go after organizations they believe are conducting illegal gaming operations. That portion of the measure has drawn strong opposition from cardroom casinos, which believe they would be unfairly targeted by lawsuits as a result.

Berekley IGS Co-Director Eric Schickler said in a statement there’s not really a silver lining for proponents in either camp in the survey.

“These results suggest that the sports wagering initiatives are foundering in the face of the opposition advertising campaigns,” he said. “The lack of support among key demographic groups makes passage of each an uphill climb, at best.”

The independent polling numbers are the first for Prop 26. Last month, a Public Policy Institute of California survey also found that a majority of likely voters opposed Prop 27. At 54%, no votes outpaced yes by 20 percentage points.

With a population of more than 39 million, California is the largest state in the nation and one of the largest economies in the world. That’s why the factions are willing to spend millions in order to get control of – or prevent the other side from controlling – the very lucrative sports betting market.

So far, it’s apparent the opposition campaigns are dominating. Voters are rejecting measures that have generated nearly $440 million in contributions to groups aligned to support or oppose the measures.

There are two tribal-backed groups – Californians for Tribal Sovereignty and Safe Gaming, an anti-Prop 27 committee, and the Coalition for Safe, Responsible Gaming, which supports Prop 26 and opposes Prop 27. Those two committees have raised more than $228 million combined, and most of that has been spent on defeating the online sports betting measure.

Despite being a pro-Prop 26 group, the Coalition for Safe Responsible Gaming acknowledges it has not produced an ad supporting that measure.

We are grateful that voters appear to be rejecting the out-of-state gambling corporations and their $170 million campaign of deception,” the group said in a statement provided to Casino.org. “That said, Prop 27 is still on the ballot and still poses a significant threat to tribal self-reliance and all Californians. We’ll remain vigilant until Election Day to ensure this dangerous measure is defeated.”

While the coalition has previously touted internal polling that showed support for its initiative, its statement said it didn’t find the Berkeley IGS numbers surprising, noting that “deceptive ads by the out-of-state gambling corporations have thoroughly confused voters to the point where they are just saying no to it all.”

Kathy Fairbanks, a coalition spokesperson, pointed out a table showing those polled still support tribal gaming. A 53% majority of likely voters were either strongly or somewhat favorable of tribal gaming operators, compared to just 19% who had an unfavorable view. By comparison, only 14% of those polled had favorable feelings toward online sports betting sites like DraftKings and FanDuel, and 48% responded negatively about those companies.

When asked if tribal gaming supporters would consider it a victory if Prop 26 also went down with Prop 27, Fairbanks made it clear to Casino.org.

Nathan Click, a spokesperson for pro-Prop 27 Californians for Solutions to Homelessness and Mental Health Support, told Casino.org that it was “telling” that tribes have spent millions to attack the online gaming measure but not spent anything to promote their own.

The measure has been under attack since even before the signatures were verified to put Prop 27 on the ballot, he added.

No one who lives in our state can deny that we need permanent solutions to our homelessness crisis,” Click said. “Only Prop 27 will dedicate hundreds of millions of permanent funding that can be used for solutions like tiny homes, permanent supportive housing and mental health treatment to help get people off the street.”

It hasn’t just been the tribes that have opposed Prop 27. Both the Republican and Democratic parties have come out against the measure, as have legislative leaders in Sacramento. The California League of Cities, the California State Association of Counties, key teachers’ unions, and numerous business, labor, civic, and social service organizations have also formally urged voters to reject the measure.

Time is running out for both sides to whip up more support. There are just five weeks before Election Day, and with California voters receiving ballots in the mail by next week, there may be even less time than that.