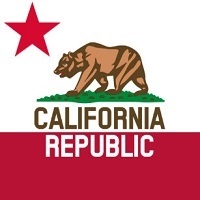 It’s come down to this: Both of the California sports betting props have their ‘big day’ next week. Voters will head to the polls, with the immediate future of sports wagers at stake. And the very real possibility that neither of the propositions will pass. Well, that sucks.

In California, a ballot proposition needs just one vote above 50% to pass. But there are two propositions to regulate betting on sports in the state, and the confusion between the two may end up leaving residents waiting at least another year for sports bets.

Proposition 26, backed by Tribal Gaming interests, and Proposition 27, backed by online sports betting corporations, have both been trailing in the polls. The matter was openly discussed during some sessions at the Global Gaming Expo in Las Vegas several weeks ago, and the attitude about the election was usually pessimistic.

This Week in Gambling interviewed James Siva of the California Nations Indian Gaming Association about the upcoming vote. He agreed that when two similar Propositions compete, most voters are confused and end up voting “no” on both. You can watch that interview here.

If both of the California sports betting props do fail, Mr. Siva stated the Tribes of the state would be financially okay with that. In that case, operators such as FanDuel and DraftKings would be the losers. But the real losers are the state residents who just want to bet on a game, and politics keeps getting in the way.