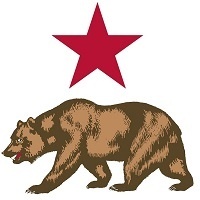 Politics does make strange bedfellows. Although, it’s not such a stretch to see California sportsbooks uniting with cardrooms. After all, many sports bettors enjoy poker… and many a poker player has been known to make the occasional sports bet. But now, the stakes are high.

What’s on the line is the future of  gambling in California. If you are just hearing about this, perhaps a crash course in what’s happening with sports betting in the state is in order. You can read about how the convoluted issue of sports betting began there. Or the recent coalition of mayors in the state which opposes one of the propositions. You can even watch our video interview about the Tribal Gaming perspective on the matter.

Once you’re all caught up, there is this new wrinkle where the California sportsbooks and cardrooms have teamed up to fight the Tribal Gaming backed Proposition 26, which they say directly harms local communities. They believe the initiative will grant Tribal casinos a de facto monopoly on the entire gambling industry in the state by adding “exclusivity over roulette, craps, and sports wagering.”

Cardrooms is the state view Proposition 26 as a “poison pill”. They believe that, if passed, the measure will put them out of business. Additionally, they argue, it will cost the state about $500 million in local tax revenue. Proposition 26 has the support of more than 50 California Indian tribes.

In addition to California sportsbooks and cardrooms, other groups opposed to Proposition 26 include the Gateway Cities Council of Governments, Disabled American Veterans, California Hispanic Chamber of Commerce, and Los Angeles County Business Federation, and more.

The fight for sports betting in California was bound to get ugly, as the state has the largest population in America and is therefore one of the most sought after prizes. The vote is coming within two weeks, and there is a chance that one or the other, or perhaps even both Propositions could pass. However, many experts believe that neither will pass, leaving sports betting out of the state once again.