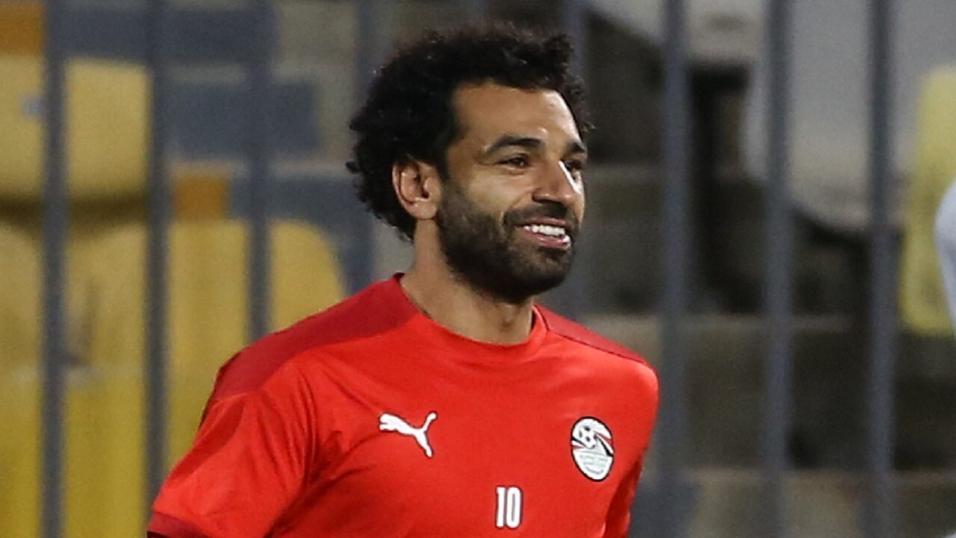 Can Salah shine for Pharaohs?

Group D in the Africa Cup of Nations starts in style with two traditional challengers for the trophy clash in the opener with Nigeria taking on Egypt on Tuesday afternoon.

Mohamed Salah leads the Pharaohs, who are record seven-time winners of the AFCON title, while the likes of Kelechi Iheanacho, Wilfred Ndidi and Joe Aribo are in the Nigeria squad hoping for success with the tournament being held in neighbouring Cameroon.

Let’s have a look at the big stars and team stats as well as some of the best bets for our Game of the Day for Tuesday – which continues to include two bets YOU can have boosted by the Betfair traders via a social media vote.

It hasn’t been the best build-up for Nigeria in preparation for the tournament being staged in neighbouring Cameroon – where they’d love to lift the trophy in their home of their rivals.

They’re without in-form Watford striker Emmanuel Dennis, who wasn’t released by the Hornets after Claudio Ranieri said Nigeria had missed the deadline to inform the club they would be selecting him for the tournament.

It seems a bit like red tape and an excuse for the struggling Premier League side to keep hold of their star man, but they’ve taken a “rules are rules” approach, which didn’t go down well with Nigerian football chiefs.

Nigeria are also without Napoli top scorer Victor Osimhen, who was playing with titanium plates in a facial injury, but has contracted Covid for a second time upon his return to Nigeria and will not be at the tournament.

Watford will not release striker Emmanuel Dennis to join up with Nigeria for #TotalEnergiesAFCON2021. Watford said the Nigeria Football Federation did not request him for the tournament in time
pic.twitter.com/iprRvUODxo

That’s a big loss of goals, but the Super Eagles still do have quality in the squad with Leicester duo Ndidi and Iheanacho joined by Everton’s Alex Iwobi, Joe Aribo from Rangers and former Liverpool forward Taiwo Awoniyi – who now plays for Union Berlin.

Coach Augustine Eguavoen also knows a thing or two about being part of a successful Nigeria side as a player – as he was part of that Super Eagles squad that qualified for their first ever World Cup in USA 1994.

They also won the Africa Cup of Nations title that same year.

You think Mohamed Salah is worshipped by Liverpool fans? That’s nothing compared to the regard he’s held back home in Egypt, and he’ll again be the face of the Pharaohs as they eye an eighth title. They already hold the record with seven victories.

A squad of players largely based in Egypt or the Middle East is highlighted by Salah and just Arsenal midfielder Mohamed Elneny and Aston VIlla’s Trezeguet as household names – but it’s clear this team is all about Salah.

They’re looking for a bounceback tournament as the pressure of hosts took its toll in 2019 with a bitterly disappointing last 16 exit at the hands of South Africa seeing them fall way short of expectation.

There’s a familiar face in the Egypt dugout with former Man Utd assistant manager Carlos Queiroz taking charge of them for their latest campaign – and he’ll need to pull out some tactical tricks as they’re not seen as major contenders here.

They do, though, have possibly the best player on the planet right now, so if they can keep their games tight and feed Salah as much as possible, maybe they can get back to winning ways a decade after they last lifted the trophy.

These two sides are well used to going deep in this tournament, with Egypt winning it seven times and Nigeria three. The Super Eagles do have a more recent success though (2013) with Egypt’s last title victory coming back in 2010.

Egypt have been in nine finals to Nigeria’s seven – and their four losing finals the second-most behind Ghana in that unwanted category. They’ve both reached the semi-final 15 times each so Nigeria’s strike rate is actually pretty poor.

Getting so far but not winning suggests that Nigeria can find the pressure too much when we get down to the sharp end of the tournament.

Nigeria enter the tournament in good form after going unbeaten in qualifying and topping their World Cup qualification group with four wins out of six.

Egypt have gone unbeaten in both AFCON qualifying and World Cup qualifying as part of a 19-game unbeaten stretch before losing a couple of games at the Arab Cup as they fell at the semi-final stage.

Six of the last eight meetings have seen under 2.5 goals scored, and that ties in with the general low-scoring nature of this tournament as a whole.

The last two games have ended 1-0 to each side, but Egypt have won three of the last six head-to-heads and if that form holds up then Egypt to win and under 2.5 goals at 100/30 would be the bet.

Games are usually close regardless of how many goals are scored, with nine of the last 10 settled by just a goal if not drawn.

What does look a sound bet given how this tournament goes is the half time draw at 4/5 – with these two usually not fast starters.

Salah will be all the rage as a 7/4 anytime scorer even though he hasn’t scored in his last five games for his country. Salah is also 4/1 to score first.

He has plenty of shots though, with 19 in four games at the last AFCON and eight on target, and he’s a better player now than then so since we’re not expecting too many goals back him for a shot in each half.

For Nigeria, Taiwo Awoniyi may be one to watch. He’s only made one appearance for his country but he’s starred for Union Berlin this season with 14 goals and with injuries for Nigeria he could get a chance to make a name for himself.

Kelechi Iheanacho will be leading the line though – he bagged two in five games in World Cup qualification and at 11/2 for first goalscorer he’s worth backing considering we’re not expecting too many goals here.

No surprises then that we’re looking at Salah and Iheanacho as the focus for two selected bets that YOU can vote to have enhanced by the Betfair traders on social media.

Kelechi Iheanacho to score the first goal at 11/2.