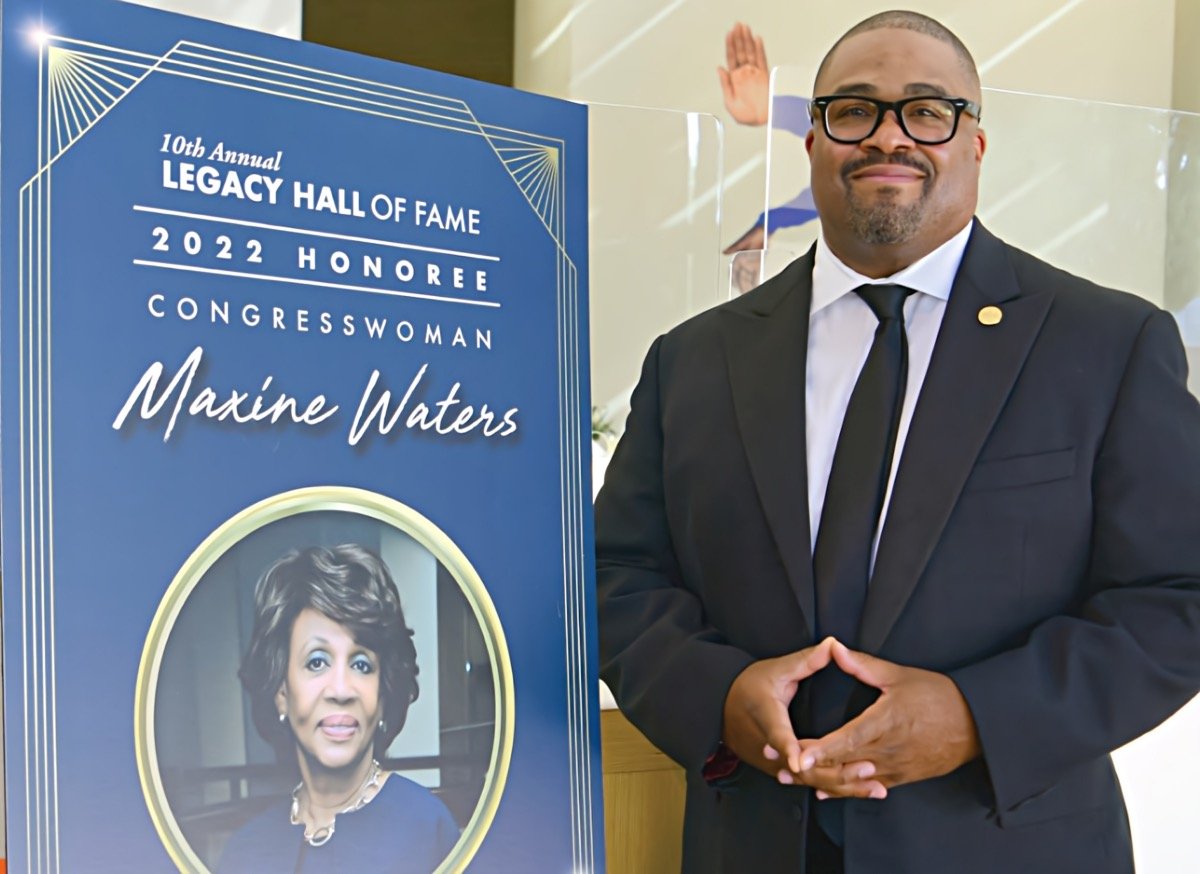 Supporters of the measure to legalize sports betting at California tribal casinos scored a victory this week after a political committee agreed to remove a quote from a longtime NAACP member from its argument against the measure.

Rick Callender, president of the California-Hawaii State Conference of the NAACP, attends the group’s Legacy Hall of Fame event last month. This week, the organization, which supports an amendment legalizing sports betting at California tribal casinos, successfully got a group opposed to the measure to remove an NAACP member’s quote from a statement that will be included in a state-issued voter’s guide. (Image: California-Hawaii State Conference of the NAACP/Twitter)

The California-Hawaii State Conference of the NAACP filed a lawsuit in a Sacramento court Tuesday after “Taxpayers Against Special Interests Monopolies,” a group funded by state-licensed cardroom casinos, included a quote from Minnie Hadley-Hempstead in its statement against Proposition 26 set to appear in a state-published voter’s guide about the initiatives on the Nov. 8 ballot.

Hadley-Hempstead is a former president of the civil rights group’s Los Angeles chapter, and the state conference has come out in support of Prop 26. In the lawsuit, the NAACP called the quote deceptive.

Rather than having a judge rule on the matter, the cardroom-backed group agreed to the NAACP’s demand. State Conference President Rick Callender said the cardrooms “did the right thing” by removing the quote.

Despite the California-Hawaii NAACP’s strong support for Prop 26, opponents tried to deceive voters into thinking the opposite,” Callender said. “Thankfully, voters will not be provided this false and misleading quote in the official voter guide sent to every voter.”

Cardrooms oppose Prop 26 because they claim that, if approved by voters, it would essentially give tribal casino operators a monopoly on gaming. Besides legalizing sports betting, Prop 26 would also legalize dice-based table games and roulette at tribal casinos.

The cardrooms also point out that the measure includes language that would allow tribal casinos or other entities to take cardrooms to court by claiming they’re conducting illegal gaming activity. It’s a provision cardrooms claim could force them to close, which might reduce revenues for California cities and result in thousands of jobs lost.

Tribal gaming supporters say cardroom casinos have nothing to worry about as long as they conduct their operations legally.

More opposition surfaced Friday against Prop 26, although this time it had nothing to do with tribal gaming interests.

“Taxpayers Against Special Interest Monopolies” issued a statement with quotes from representatives of several animal welfare organizations in the state. Their opposition stems from California’s four state-licensed racetracks that would also get retail sportsbooks if Prop 26 passes.

California’s racing industry has said getting sports betting at the tracks would help supplement purses for races. Animal welfare advocates say the tracks and horsemen need to focus instead on improving the sport’s safety record.

“Prop 26 provides a financial ‘shot in the arm’ to private horseracing tracks with no requirement or accountability towards increasing animal safety,” said Jill Tucker, CEO of the California Animal Welfare Association.

Prop 26 is one of two sports betting measures slated to appear on the California ballot this year. The other is Proposition 27, which would legalize online sports betting statewide. That measure is backed by seven national gaming operators.

Groups on both sides of the two measures have raised more than $230 million to get their messages out to the voters. The election is still more than three months away, and it’s almost certain to break records for campaign spending for ballot measures.