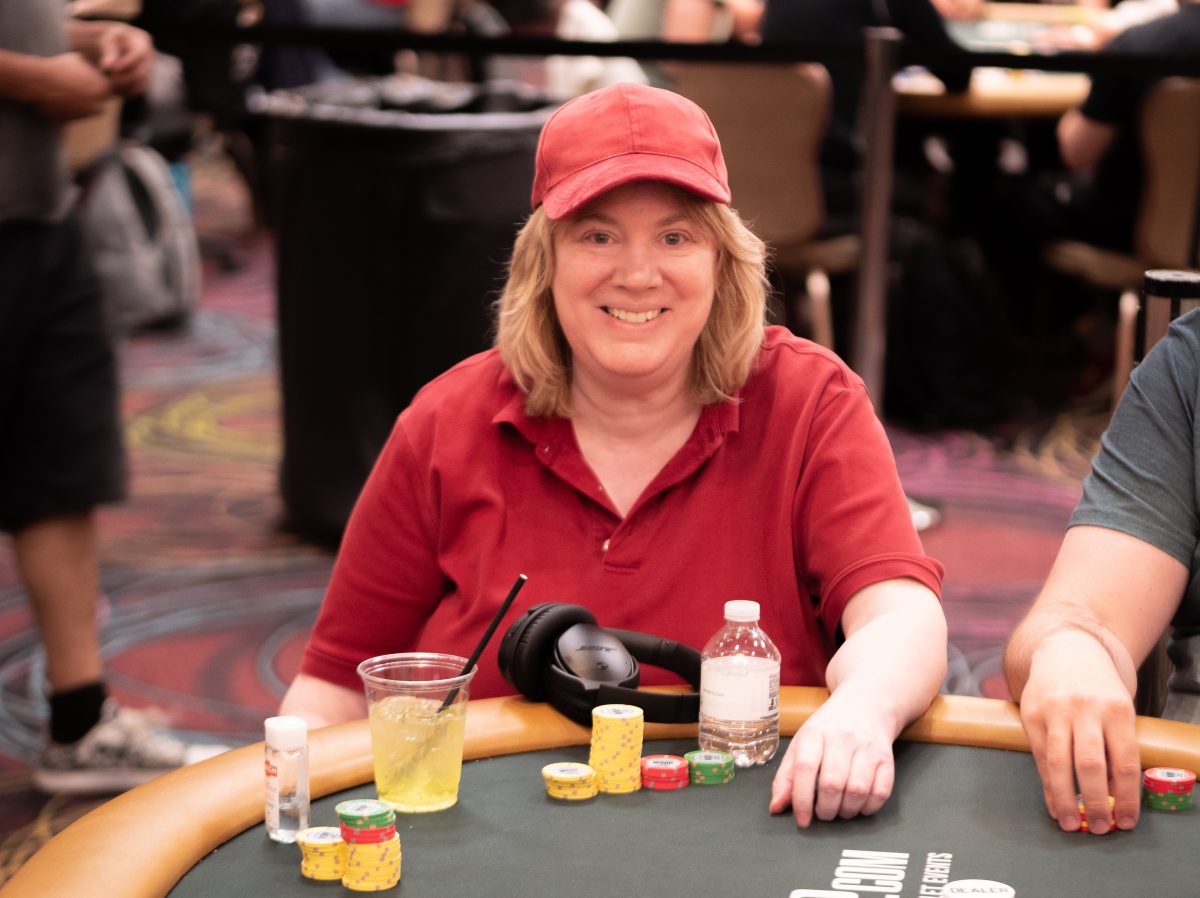 CardsChat Podcast host Robbie Strazynski talks with Women in Poker Hall of Fame member, World Series of Poker bracelet winner, and one of the most recognizable players on the tournament trail Kathy Liebert in this week’s episode.

Liebert, 54, has been a professional poker player for more than 30 years, and with $6.6 million in lifetime tournament winnings, is only behind Vanessa Selbst for most cashes for a woman. She’s also the first woman to bank a $1 million win in a tourney, which happened at the first PartyPoker Millions in 2002.

“It’s funny, I wasn’t that excited about it at first. (Mike Sexton) had to convince me to go,” Liebert says. “They actually had to kind of twist my arm. I went in with the mindset that ‘OK, you have to go for first.”

It was a long way from the kitchen table of her childhood home in Long Island.

Liebert, like many pros, got her start playing nickel/dime/quarter poker with her family. But, unlike most 12-year olds, she became obsessed with the game and sought out a poker book to get better. She picked up “How to Win at Poker,” where she tracked her results on the inside cover.

After moving to Colorado, she found small-stakes games in the area. She started playing more and more, picked up a few more books, and made some poker friends who convinced her to make a trip to Las Vegas to play in some tournaments in 1994.

She ended up making a heads-up deal in the first two events she played. Not a bad start for a poker career that’s still going strong three decades later.

Liebert started playing in the WSOP in the late 90s, getting her first cash in 1997. Two days later she would get her second WSOP cash when she finished runner-up to Max Stern in a $3,000 No-Limit Hold’em event. At $123,690, it was easily the biggest score of her career at the time.

Winning ways at the WSOP, and elsewhere

Since then, Liebert’s gone on to cash 122 times in WSOP bracelet and circuit events, taking home more than $1.6 million and one gold bracelet over the years (won in the $1,500 Limit Hold’em Shootout event in 2004).

This summer, she cashed eight times at the WSOP, including a fifth-place finish in the Senior’s event.

“The Seniors are more fun to play with, honestly. I was having fun, talking a lot — too much sometimes. I started running pretty good and reading the players pretty well. It was fun,” she says.

Being a professional at anything has a lot to do with being consistent, and Liebert has managed consistency for decades. It’s one of the reasons she made the shortlist for the Poker Hall of Fame this year.

As is standard on “the friendliest poker podcast in town,” Liebert answered questions from CardsChat forum members. Visit the thread to find out who will be the next guest and submit questions.

2022-09-02
Previous Post: Stay Away from Betting This Team Early
Next Post: Want to Improve Your Football Parlay Plays? Try the Horse Racing Version