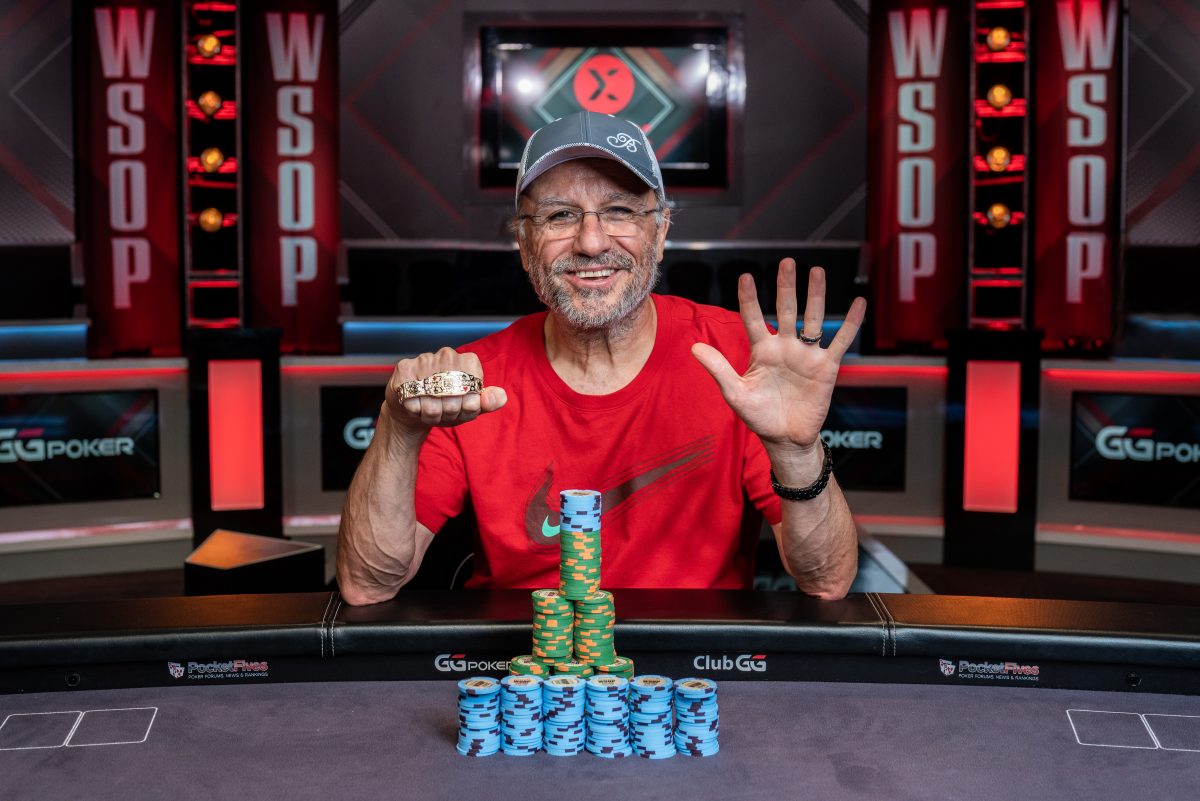 Eli Elezra showed the world why he belongs in the Poker Hall of Fame this past week and Dan Cates reminded all of us that poker — even in the pressure-cooker that is a $50K buy-in event — should have large doses of straight-up fun.

Also, the Ladies event winner was crowned and several players finally broke through to win their first WSOP bracelets. All in all, it was a good week for poker at the WSOP.

Cates put his name on the Players Championship trophy for the second straight year in the big buy-in mixed-games event. He had to beat a final table that included the likes of four-time WSOP bracelet winner Benny Glaser. The heads-up battle lasted more than 7 hours — and Cates won while in character as “Macho Man” Randy Savage. He also final-tabled this event in 2019, where he finished sixth. 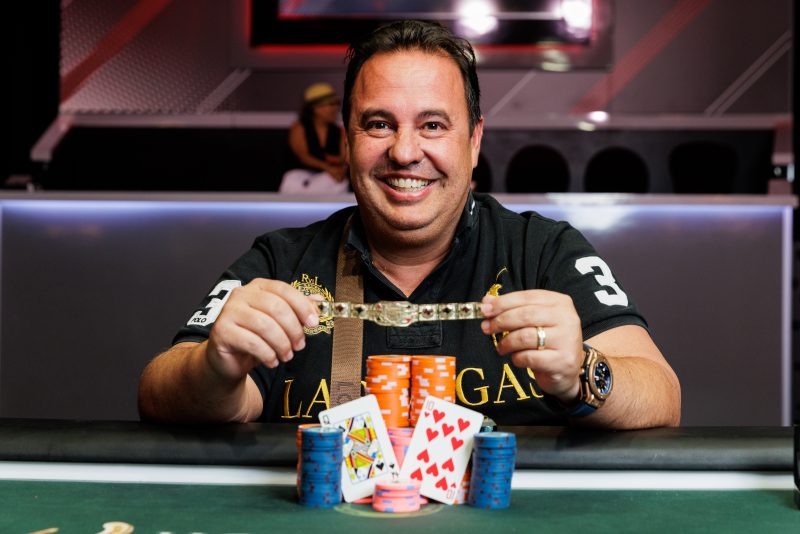 Cashing his 23rd WSOP tournament was a good one for the man from Hungary, who won his first bracelet in the large-field event. He pushes his lifetime WSOP winnings toward the $500K mark. 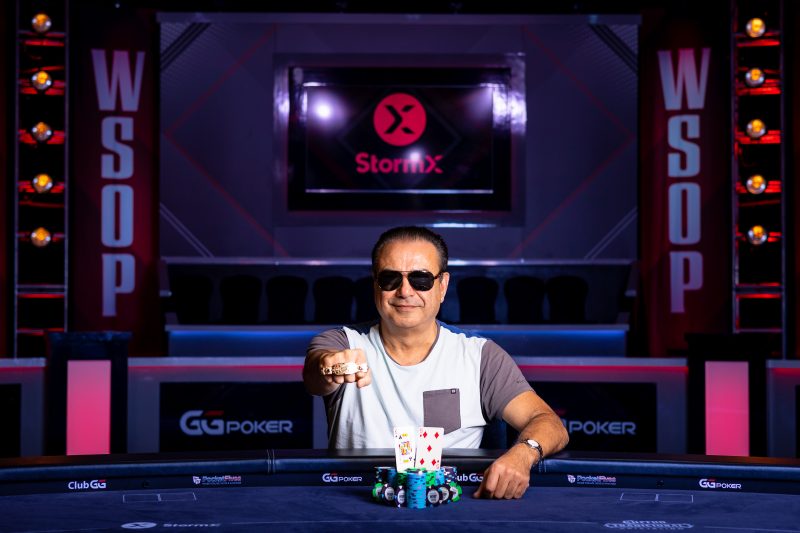 The Super Seniors — players 60 or older — showed up in a big way, and it was Eskandari who ended up with all the chips and the top prize. It’s his first bracelet to go alongside his two WSOP Circuit rings. He will soon hit $700K in WSOP winnings. 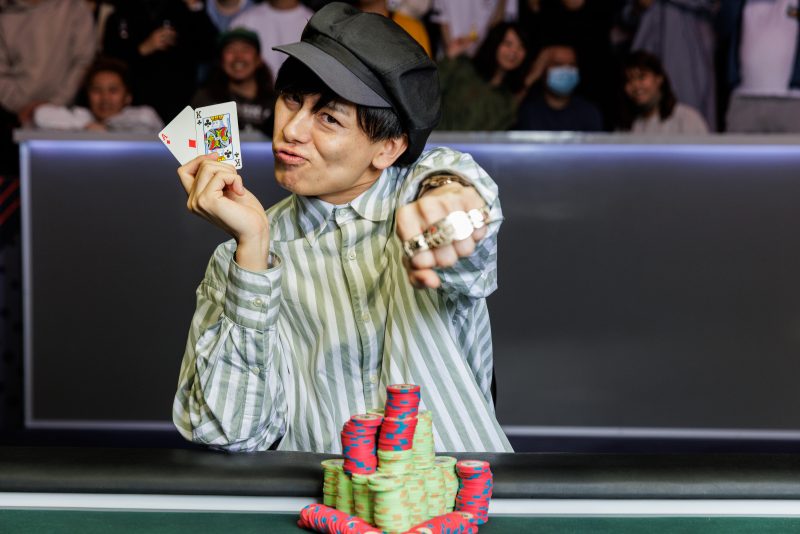 The man from Japan won his first bracelet and secured his first live WSOP cash in the short deck event. He faced a final table of some of the best players in the world, including Stephen Chidwick, Brian Rast, and Ben Lamb, who finished second. 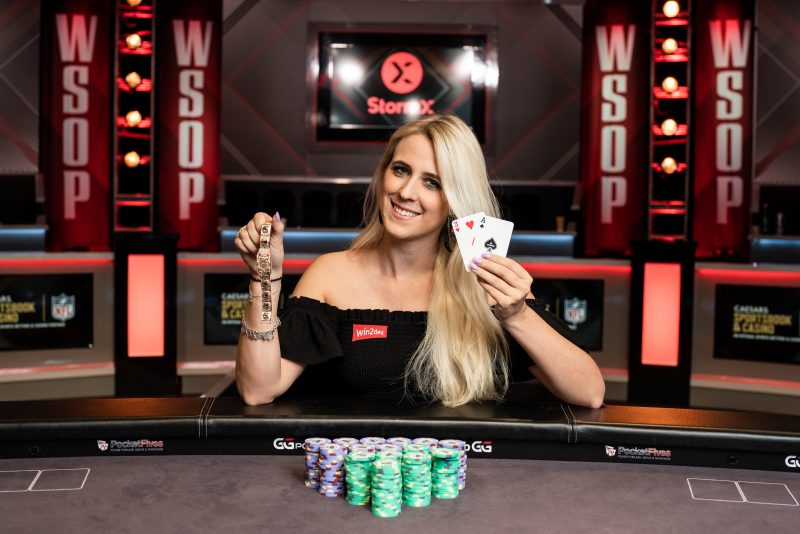 The woman from Austria won her first bracelet with her second WSOP cash. The first came in the tag-team event with her boyfriend, Stefan Lehner this year. They finished 28th. 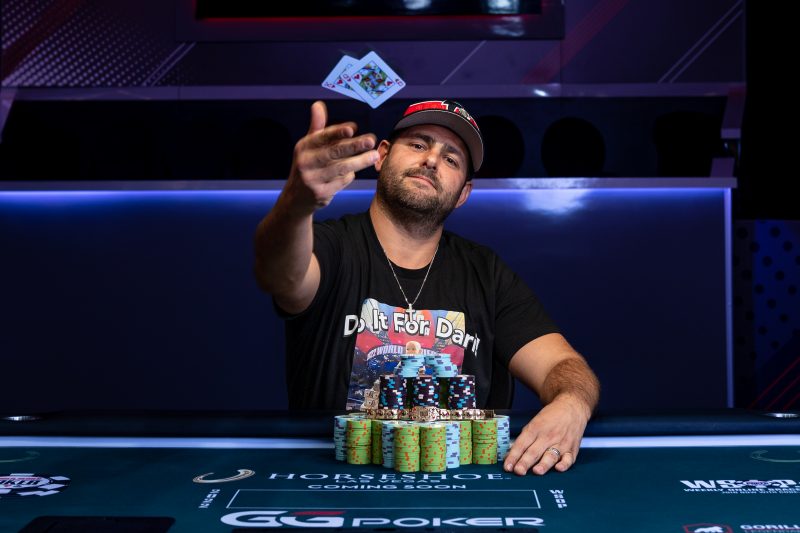 Dudley won his third bracelet in the turbo event, pushing his WSOP winnings over the $2.5 million mark. He’s having a very good WSOP this year and nearly won the $50K PLO High Roller event, but stalled in second place. 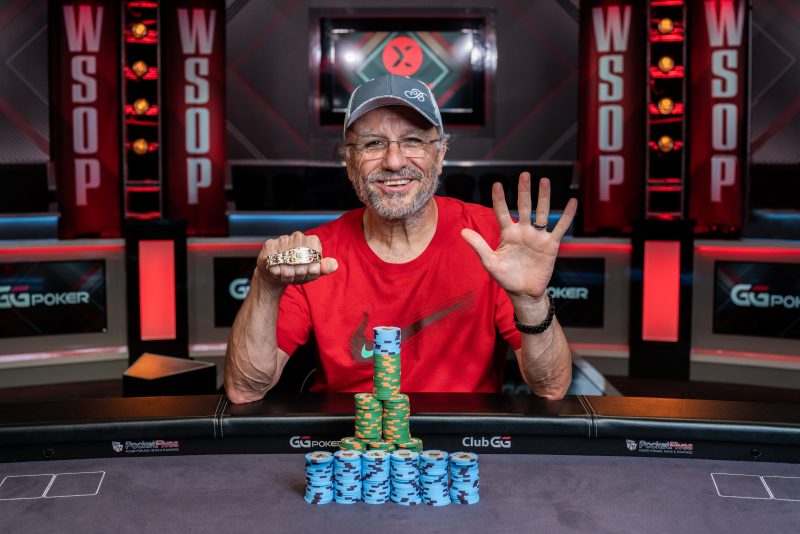 What more is there to say about Elezra, last year’s Poker Hall of Fame inductee and owner of five bracelets. The win put Elezra into the $3 million neighborhood of WSOP cashes and gives hope to all the players with a little salt and pepper in their beards. Chino Rheem finished second, and Robert Cowen third. 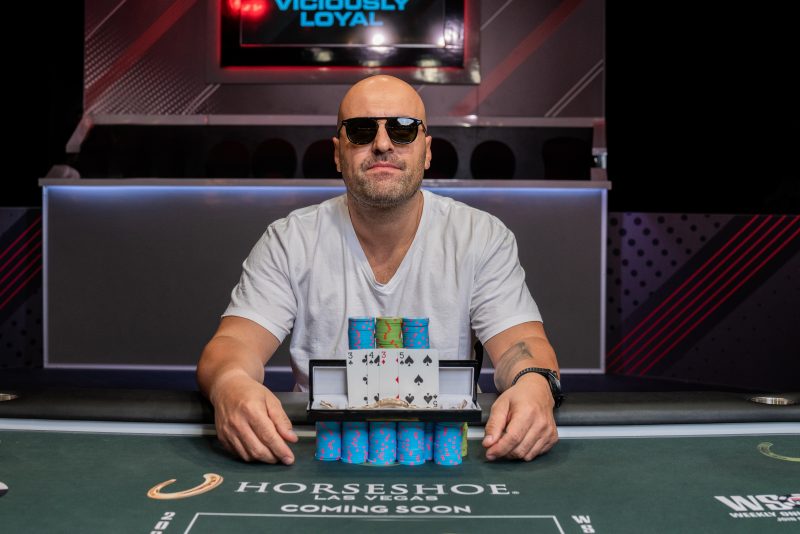 The Las Vegas resident made his first WSOP a fantastic one by beating everyone and winning his first bracelet. 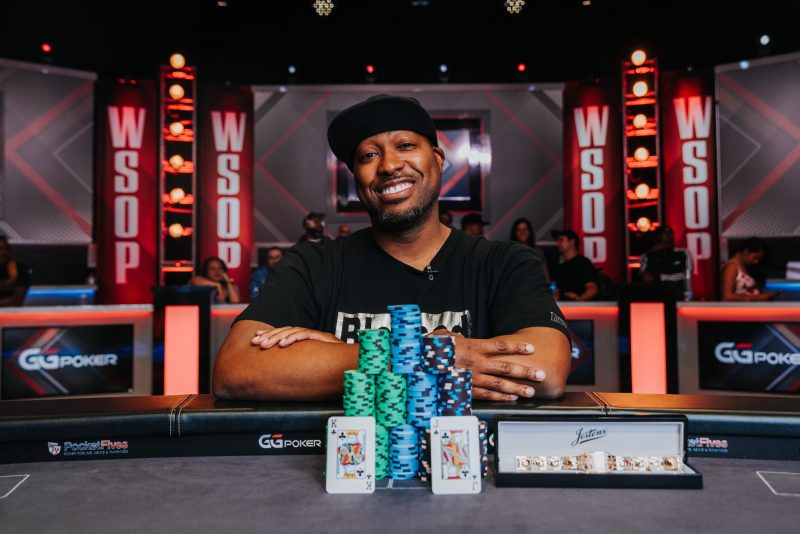 The Florida pro added a WSOP bracelet to the Circuit ring he won online in 2021, and it came with an extra sweetener: his victory denied Phil Hellmuth of his 17th bracelet. Jackson is a well-known grinder with 64 WSOP cashes under his belt. 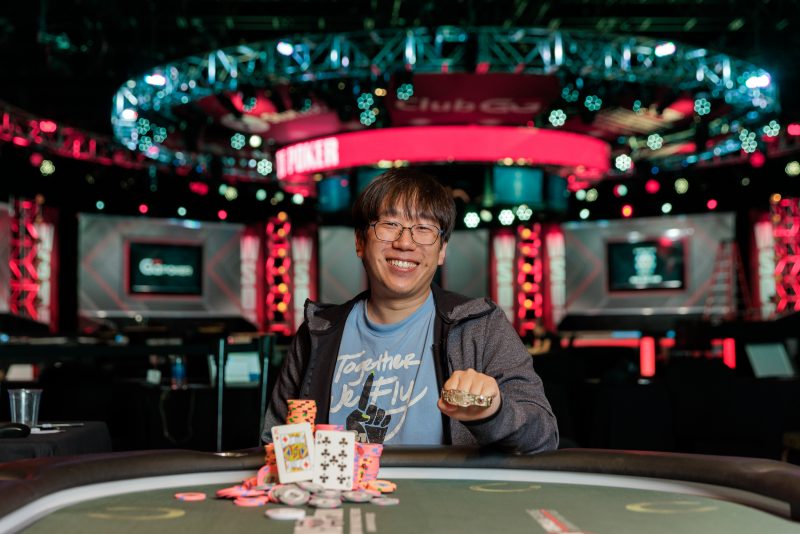 Eum pushed his WSOP winnings over the $1 million mark with his victory in the warm-up to the Main Event. He has 22 WSOP cashes since 2016. He came close to winning his first bracelet last month in a $1,000 Freezeout, where he finished second. 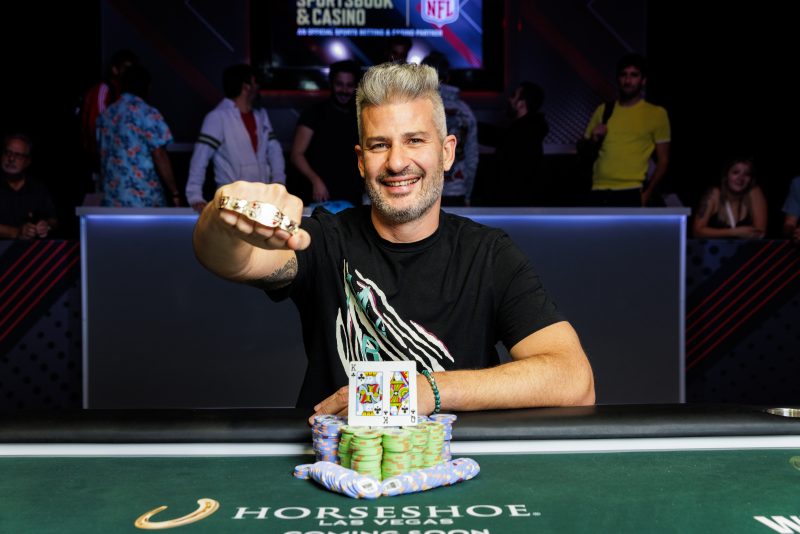 The Argentinian known as “Nacho” made his 50th WSOP cash one he’ll never forget because he won his first bracelet. It pushed him over the $1 million WSOP cash mark. His first cash came in 2006. 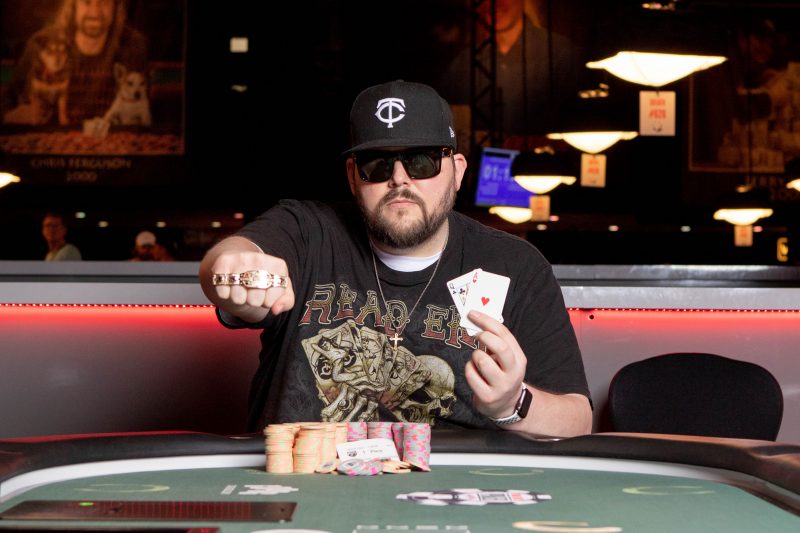 The player from Minnesota won his first bracelet in the bounty event, where Matt Glantz pulled the big prize. It was Bolland’s second WSOP cash and required him to navigate a massive field that turned out for a chance at pulling big money. 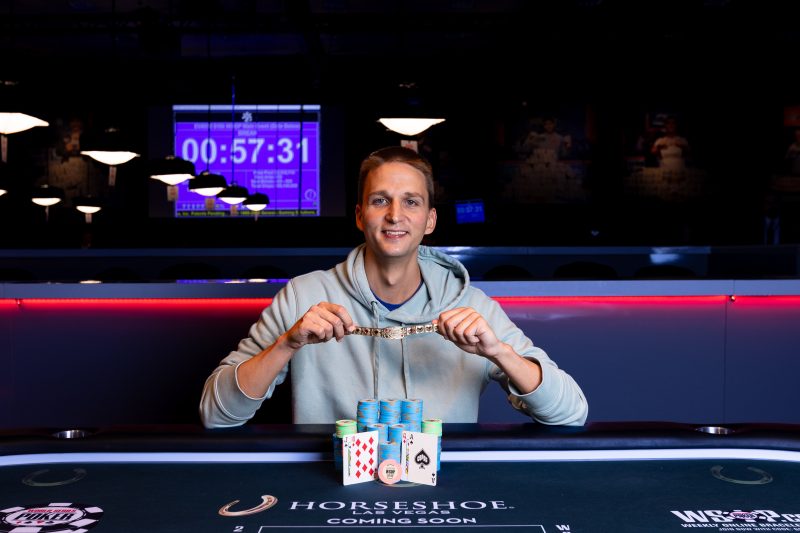 Troha won his first bracelet on Tuesday. He has two WSOP Circuit rings and more than $1.5 million in WSOP cashes, thanks mostly to this victory.

Chung’s first recorded WSOP cash was a good one. He hit an inside straight draw on the river to crack aces for his first title. It’s the second tournament he played on WSOP.com. 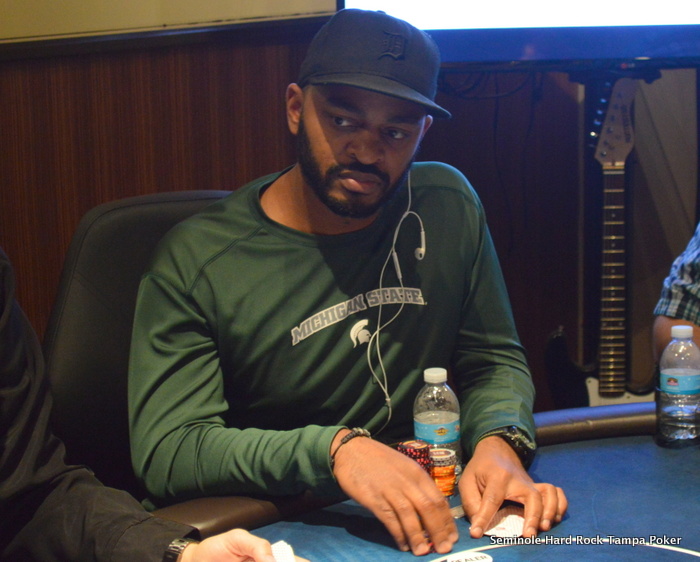 Kirkland has a handful of WSOP cashes, mostly in events in Florida, but he headed to Michigan to win his first bracelet in the online event. 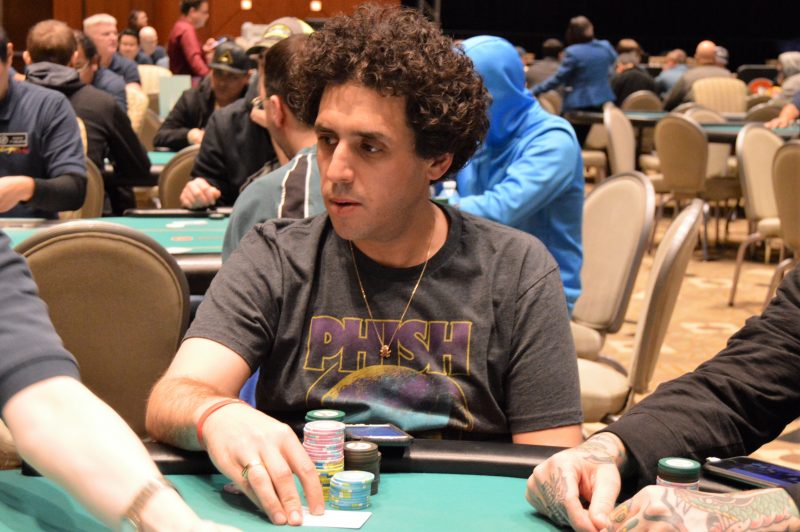 The man from Philly won his first bracelet online, but he already has four WSOP Circuit rings and 84 cashes for more than $864K on his resume. His last ring came in a WSOP.com Pennsylvania Circuit event in February.