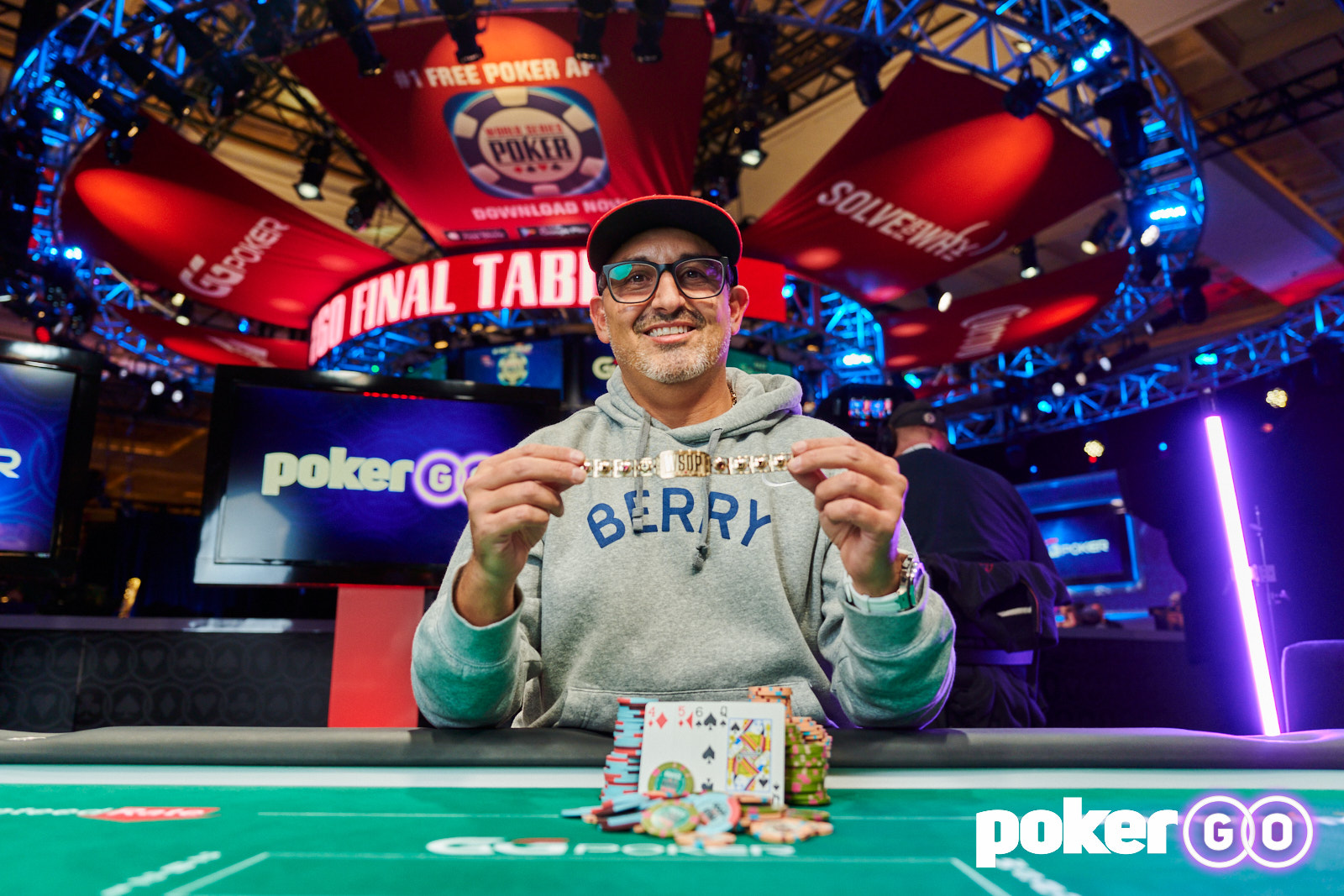 With the WSOP Main Event dominating last week’s schedule, there were only a handful of bracelets awarded. Still, history was made with Josh Arieh winning his fourth bracelet — and his second of the 2021 Series — and Georgios Sotiropoulos his third. It was Sotiropoulos’ first live WSOP win since 2015.

Josh Arieh is having a very good WSOP and is currently leading the 2021 Player of the Year race. (Image: PokerGo)

Looking like he just stepped out of the woods, “Jungleman” elicited one of the most talked about folds of the WSOP to win his first WSOP bracelet and put his name on what is arguably the most prestigious trophy in poker.

The Greek grinder brought the experience of 60 WSOP cashes to the final table in the event with 3,821 entrants to win his third bracelet and push his lifetime tournament winnings over the $3 million mark.

Arieh, the current WSOP POY leader, doubled his lifetime bracelet collection to four during this series, first taking down the $1,500 PLO Eight-handed event, and then outlasting 207 in PLO Hi-Lo.

With a WSOP Circuit ring on his resume, the self-proclaimed incel from Philadelphia drove to New Jersey to beat 318 players and win the online bracelet Sunday after besting a strong final table that included 2021 POY contenders Josh Arieh and Dylan Linde.

Photos by Melissa Haereiti, Alec Rome, Haley Hotchstetler, and Katerina Lukina, courtesy of the WSOP, and the Hendon Mob.