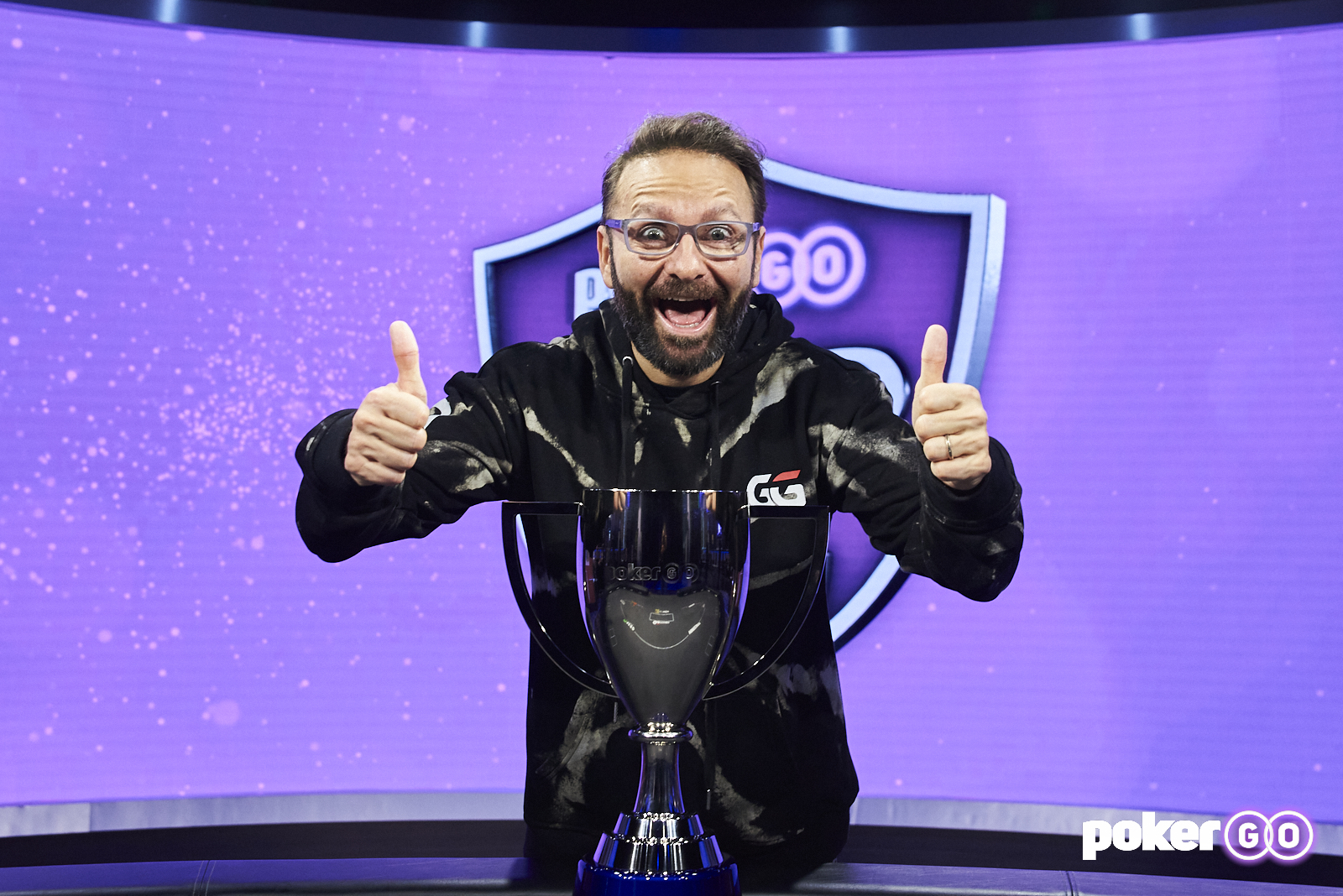 CardsChat Podcast host Robbie Strazynski celebrated our 100th episode in a big way by welcoming one of the brightest stars in the pokerverse, Daniel Negreanu.

Daniel Negreanu is the 100th guest on “the friendliest poker podcast in town.” (Image: PokerGo)

And as a special treat for all of the listeners who have walked this 100-episode journey, the CardsChat community generated 99% of the questions for “Kid Poker.”

And there were a stack of them.

Negreanu, 48, is one of the most recognizable poker players in history. He wears his poker life out in the open as a long-time poker content creator and vlogger, and rode the wave of poker popularity through the aughts by winning a lot — usually on TV.

He’s currently one of the faces of GGPoker and has a YouTube channel with more than 681K subscribers who have watched him compete (and sometimes break stuff) more than 80 million times.

Starting at the beginning

Every poker player has an origin story, and Negreanu dives right into his after being asked about who is the most influential person in his poker life. It’s poker Hall of Famer Jennifer Harman, by the way, who first met him while watching him win his first implausible bracelet in 1998, let him sweat her playing $1,500/3,000 against other future poker legends, and even helped house him.

“She was always there for me whenever I did really dumb 20-something stuff,” Negreanu said.

That includes dropping his entire $30K bankroll playing those high stakes, which, as Negreanu told Robbie, “happened here and there.”

And he sort of chuckles, because why wouldn’t he? He’s loaded and now drops three times that amount in single high-roller tourneys and in cash games.

Also, let’s hear it for our forum members, who peppered Negreanu with many creative questions, including what song would he play if he’s ever in a car chase. Watching Negreanu rap while Robbie smiles and encourages him is maybe worth the entire listen (31:31 on the YouTube broadcast).

The poker life can feel like a long car chase, Negreanu notes, but it’s not the cops who are after you. Instead, it’s Europeans with names like Fedor and Espen who aren’t afraid of ramming the old guard’s asses right off the road.

Negreanu’s happy these players exist.  “I always had a deep respect for the younger generations and always used them, frankly,” he said.

He revealed that he hired some younger coaches to teach him how to use solvers and other “stuff that was intimidating to me.”

He knew he had to evolve, or become a dinosaur and risk extinction. It wasn’t easy.  “I remember the first lesson I was getting with them, and 40 minutes in, I’m like ‘This is too difficult for me.’ But I hung with it and I learned and opened myself up,” he said.

But Negreanu is good at that. The evidence is here.

Kevin Rabichow is the next guest. Visit the forum to suggest some questions and see who follows.