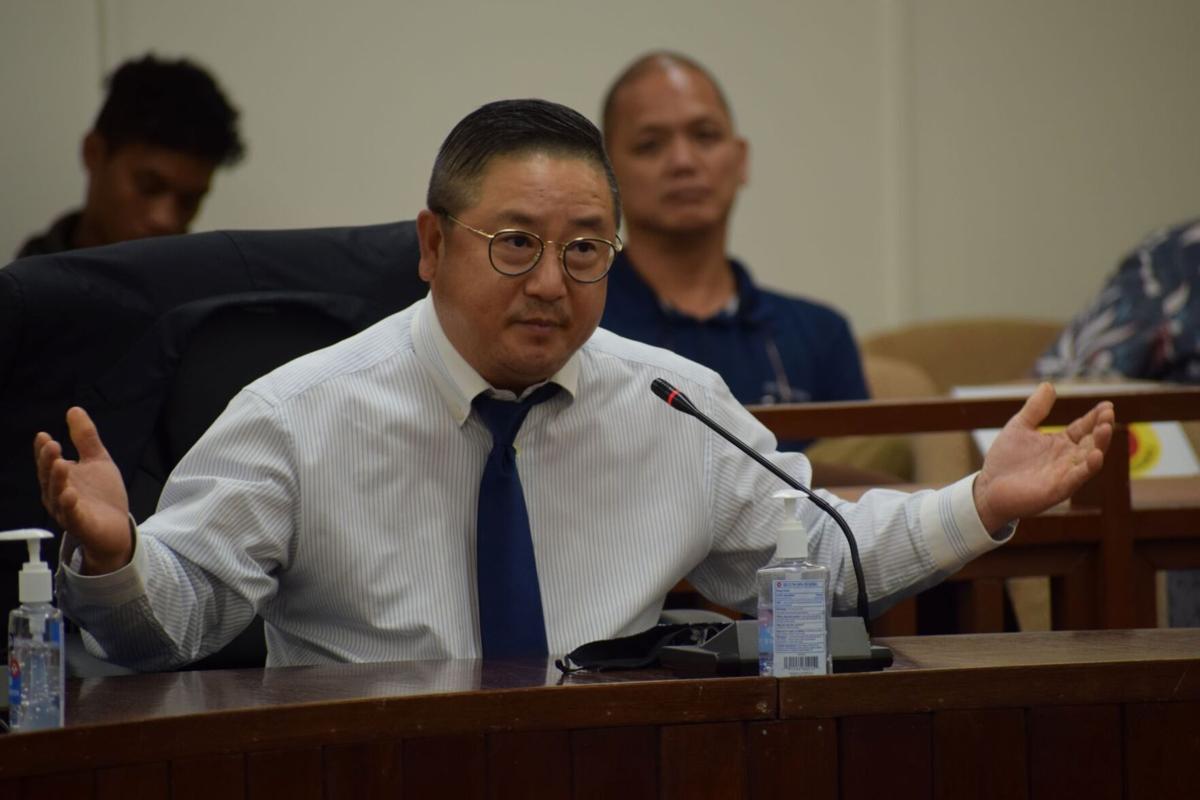 The Commonwealth Casino Commission (CCC) of the Northern Mariana Islands (CNMI) is once again trying to assert its authority. Its asking a court to end its long-running battle with International Pacific International (IPI) and force the Imperial Palace casino operator to give up.

Andrew Yeom of the Commonwealth Casino Commission appears in a government hearing. He is once again requesting a court judge force Imperial Pacific International to comply with its demands. (Image: Saipan Tribune)

The Saipan Tribune reported that the CCC wants $25 million of the more than $100 million IPI owes for its Saipan casino. It has forwarded a motion to a CNMI court judge requesting relief and giving it the authority to handle its business.

The renewed push comes as IPI is losing its gaming equipment in a series of auctions. These are part of another order to settle outstanding private debt, and the sales are proving to be a big hit.

IPI Still On the Ropes

IPI is years behind on its financial obligations with the CNMI. It has repeatedly missed paying its license fees and other obligations, and the amount continues to grow.

The CCC ordered the controversial company to make good on at least $25 million last year, but it still hasn’t. As a result, the regulator now needs the court system to intervene.

It previously submitted an enforcement order against IPI. This included a suspension of the company’s license in accordance with orders dating back a couple of years over non-payment of fees, lawsuits and other legal problems.

However, IPI previously received some relief from CNMI Chief Judge Ramona Manglona. She blocked the enforcement order after IPI complained that it wasn’t responsible for its issues.

In addition, the company said earlier this year that it was negotiating an important loan worth $150 million. It was also working on a deal that would allow it to sell certain hotel accommodations to a third party. However, none of its promises have materialized.

IPI Running Out Of Options

It appears to everyone following the IPI saga that the company has been able to manipulate certain systems and controls to keep its head above water. However, there’s a real chance that it might be running out of energy after various battles lasting more than a decade.

One of the first indications that the tide was changing was the CNMI’s rejection of IPI’s attempt to stop asset auctions. Originally on the schedule last year, the first just wrapped up after IPI fumbled a last-minute Hail Mary to block it.

Clear Management Ltd., the receiver leading the auctions, conducted the first of three earlier this month. The company told Casino.org recently that it sold everything it included in that first auction. It is now getting ready for the next one. After having to wait a year, Clear Management “never thought it would be possible.”

The second sale is coming in December. It will include more of the “world-class” gaming equipment, including slot machines, IPI purchased but never used.

If the first auction is any indication, the equipment will find good homes in all corners of the world. Clear Management found buyers in Australia, Asia, Europe and the US, and is already receiving interest for the upcoming auction.