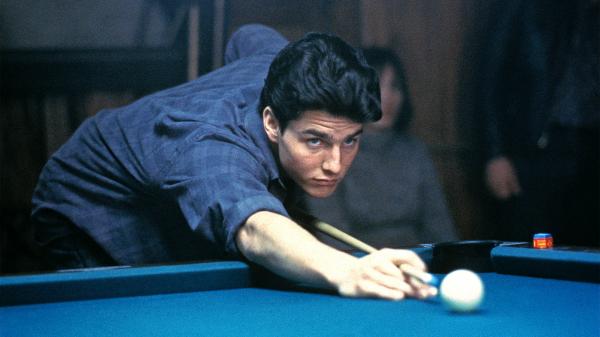 Celebrate Oscars Week With Five Gambling Movies That We Love

The 93rd Academy Awards are right around the corner and you may think that the broadcast is simply part of the Hollywood press machine (which, it kind of is), but it can offer audiences like us some unexpected entertainment.

Think Oscar predictions fall outside of the gambling purview? Think again. Sure, it may take some digging to find a sportsbook willing to offer lines or a friend who’s devised a pool on the major categories — Best Picture, Best Actor and Actress, Best Director — but they’re out there and trust us, there’s money to be won.

Outside of betting on the broadcast, the Oscars offer an opportunity to celebrate some of our favorite films. The kind that touches on our culture and provides insight into a sub-genre we can all appreciate: yes, gambling.

So, even if you haven’t seen this year’s top pictures, like “Belfast,” “Licorice Pizza,” or “The Power of the Dog,” you can still use the Academy Awards as an excuse to throw on some of the best gambling movies that encapsulate the thrill of money-won. Here’s some of our favorites:

Written by David Levien and Brian Koppelman, the duo that have more recently brought us “Billions” and a soon-to-be-aired anthology series entitled “Super Pumped,” “Rounders” has become a cult classic for sports gambling fans. The debate as to whether poker is truly a “sport” remains up in the air, but what is undeniable is that “Rounders” has all the makings of an adrenaline-filled gambling high (and many of the lows).

Following a young law student with a true talent for poker, Mike McDermott — played by Matt Damon — has aspirations of becoming a legitimate poker star but manages to lose a whopping $30,000 in a single hand against the Russian mobster, Teddy KGB, a character that could only be portrayed on the screen by the always-eccentric John Malkovich. After the devastating loss, McDermott vows to quit poker altogether.

But when McDermott’s childhood friend “Worm” shows up at his door years later with debts and unkept promises, Mike has no choice but to re-enter the game to help a friend in need. Only this time, McDermott won’t be able to settle for honest winnings as Worm persuades him to go back to their old hustling routine from their early days. What follows is a whirlwind run of winning and dangerous encounters, leading McDermott back to the underground Texas Hold ’em game of Teddy KGB.

A cult classic for a reason, this gambling movie is one you’ll want to fire back up every few months before your next trip to the track or casino.

Scorsese. Newman. Cruise. That should be enough to make any “best of” list, but if you’re unconvinced, “The Color of Money” is a continuation of the 1959 hit, “The Hustler,” in which Paul Newman reprised his role of “Fast Eddie” to win the Academy Award for Best Actor.

Eddie Felson, no longer in the prime of his career, remains on the peripherals of billiards but can’t help but get sucked back into the world of pool-hall-hustling when he stumbles upon Vincent Lauria — a young, out-going sharp shooter, played by Tom Cruise. Famously known for throwing himself into a role, legend has it that by the time filming started Cruise had trained so much he could’ve gone pro.

Pool-playing abilities aside, Cruise is wholly convincing as the charismatic con-man that Newman eventually creates in his own image. The two, along with Vincent’s girlfriend Carmen (played by Mary Elizabeth Mastrantonio, who earned an Oscar nomination for her role), visit a series of pool halls taking unsuspecting victims for serious cash.

Eventually, Eddie and Vincent make it to a big-time tournament in Atlantic City, but after a confrontation, elect to compete against one another, with Eddie returning to the sport he once dominated. A generational acting battle, Newman and Cruise bring real stakes to these pool sharks for an unforgettable gambling film and incredible final scene.

How about something a bit more recent? “Uncut Gems” took the world by storm three years ago in the months before the pandemic, when theatergoers endured the anxiety of the Safdie brothers’ latest thriller.

The movie is centered around jeweler and degenerate gambler Howard Ratner, played by an excellent Adam Sandler, who doesn’t seem to know when to quit. Despite a successful shop in New York’s Diamond District, Ratner can’t help but succumb to his gambling addiction, watching as his marriage, business, and personal life suffer the consequences.

With an appearance from NBA star Kevin Garnett, who hilariously plays himself of nearly a decade earlier (and does a pretty good job at it, too), Ratner, predictably, gets in deep with the wrong crowd, who eventually come to collect after Howard fails to sell a rare opal for the outrageous price he was expecting to set.

Offering the dark side of gambling, you won’t be able to look away as Ratner scrambles to save his own skin and do so anyway possible — including a last-ditch Hail Mary parlay on Garnett in a postseason NBA game. Buckle up, this one is 100% high octane.

Speaking of basketball, “White Men Can’t Jump” is about as funny as a sports movie can get while also touching on real cultural themes and topics. Headlined by the dynamic 1990s duo of Wesley Snipes and Woody Harrelson, the two play competing hard-court hustlers that team up to use their talents to take anyone willing for all they’re worth.

The characters of Sidney Deane and Billy Hoyle meet on a Los Angeles basketball court. Harrelson’s Billy is deep in debt and looking to climb out. Snipes’ Sidney is ready to start a family life and buy a home. The two propose a partnership to hustle pick-up games and split the profits — that is until Sidney double-crosses Billy.

Eventually the two, prodded by their partners, are forced to overcome this betrayal to enter into a local 2-on-2 tournament in hopes of winning $5,000 to be split between the two families —enough for Sidney to buy his house and Billy to recover from his debts.

With a B-plot that includes a stellar Rosie Perez (as Billy’s girlfriend Gloria) looking to fulfill her lifelong fantasy of appearing on “Jeopardy!,” all of the stars involved put together acting performances for a movie that, nearly 30 years later, is still referenced on modern sports telecasts.

There’s been rumors of a remake for years now, but there will only ever be one “White Men Can’t Jump” and it will live on forever.

Potentially a controversial pick here, but this may be Will Smith’s best performance until this year’s “King Richard” (which has Smith in pole position for Best Actor). Leveraging all his charisma, charm, and class, Smith is Nicky Spurgeon, a con-man who takes a young talent, Margot Robbie’s Jess Barrett, under his wing.

The plot is … dense, to put it nicely, but the action is real and, with thrilling performances from Smith and Robbie, you cannot help but get completely sucked in. This is especially true in the first half of the film which revolves around the Super Bowl and a con that includes pick-pockets, big losses, and subliminal messaging for, ultimately, a big score.

The second half of the movie features the characters a few years after that Super Bowl con and includes a plot to hustle a motorsport team owner for his rival. Climaxing with Nicky and Jess’ capture and the use of the “Toledo Panic Button” (you’ll have to watch the movie), each con is riveting, fascinatingly-plotted, and underscored by the red-hot chemistry between Smith and Robbie.

Watch it once for the story, sure, but don’t be surprised if you find yourself popping on “Focus” every now and then to watch one of the biggest film stars of this generation dominate the screen as he brings gambling to life for our entertainment.