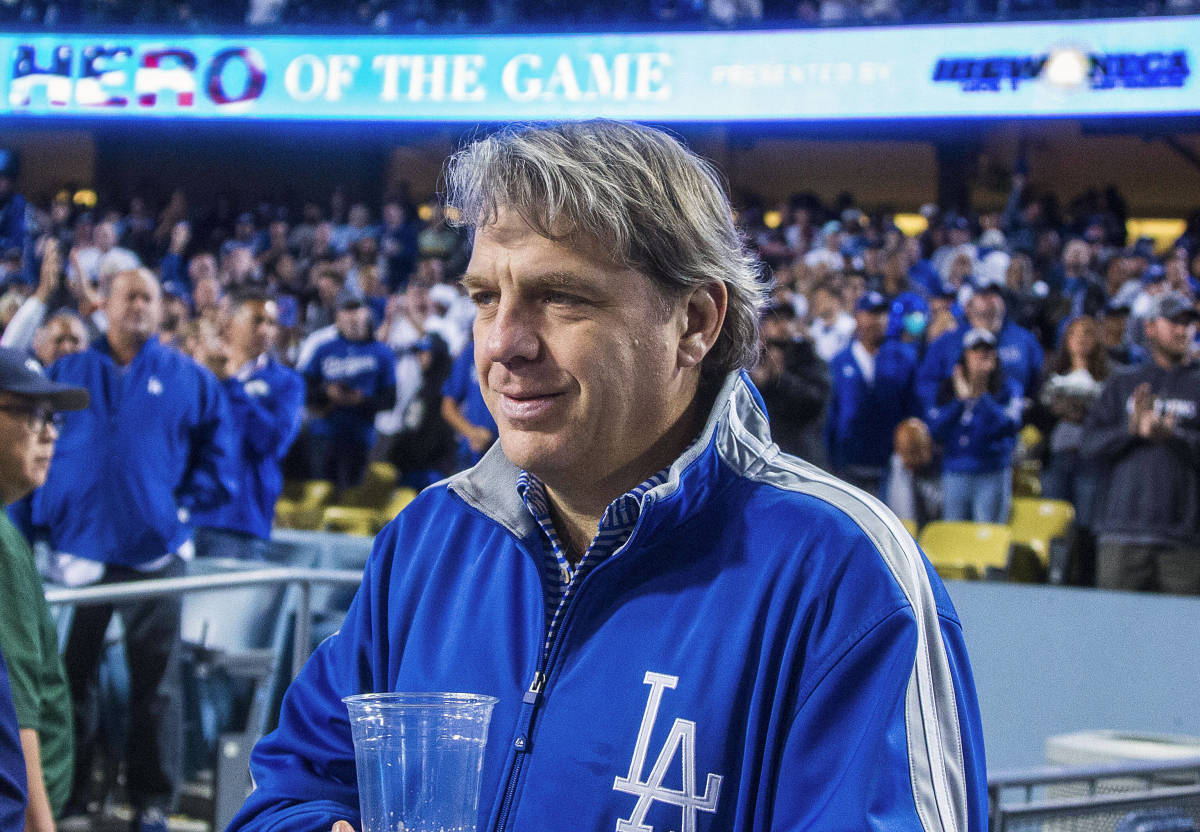 English soccer giant Chelsea FC has agreed to be sold for $5.2 billion to a consortium of investors led by US billionaire Todd Boehly, co-owner of the LA Dodgers and the LA Lakers.

Todd Boehly at an LA Dodgers Game, a team he joint owns. The American billionaire is now on the brink of acquiring Chelsea FC, with the help of private equity firm Clearlake Capital. (Image: Zuma Wire)

Boehly is also a significant DraftKings shareholder. And in 2021, he spearheaded plans to take sports betting and data firm Sportradar public via a merger with his special acquisition company (SPAC), Horizon II. That deal didn’t come off, but Boehly invested heavily in Sportradar when the company opted for a traditional IPO later that year.

Boehly’s investments also include media and entertainment, such as the movie production company A24, and Penske Media, which owns Rolling Stone and Variety.

While Boehly leads the consortium, Clearlake Capital, a California private equity firm, would own a majority of the shares in the club.

At $5.2 billion, the Chelsea sale one of the biggest deals in the history of sports. But the team’s current owner, the controversial Russian oligarch Roman Abramovich, won’t receive a penny.

The British government froze Abramovich’s assets, including Chelsea, shortly after the invasion of Ukraine. Anticipating the move, the Kremlin-linked billionaire had already put Chelsea on the market. But financial sanctions mean he is unable to profit from the sale.

The consortium has agreed to pay £2.5 billion (US$3 billion) for the club’s shares, while investing a further £1.75 billion (US$2.1 billion) in the stadium, the youth academy, the women’s team, and the Chelsea foundation.

All of the proceeds from the share sale will go into a bank account controlled by the British government to be donated to charity.

Sanctions have left Chelsea unable to sign players, renew contracts, or sell match tickets or merchandise until the sale goes through.

The deal is expected to complete this month, and it needs to. As a frozen asset, Chelsea is operating under a special license from the UK government which expires May 31.

The English Premier League meets June 8 to constitute the new league for the 2022/23 season. If Chelsea is not licensed at this point, there is a real possibility that they could be frozen out of the league. That would be an extraordinary fate for the reigning European champion and one of the world’s truly elite soccer clubs.

The sale can only be signed off by the EPL once the consortium passes its owners’ and directors’ test. Although, since the league recently approved the sale of Newcastle United to a consortium led by Saudi Arabia’s public investment fund, the bar is set pretty low.

The Saudi government has been denounced for human rights violations, allegedly sponsoring Islamic terrorism, and the murder of dissidents on foreign soil, including Washington Post Journalist Jamal Khashoggi.