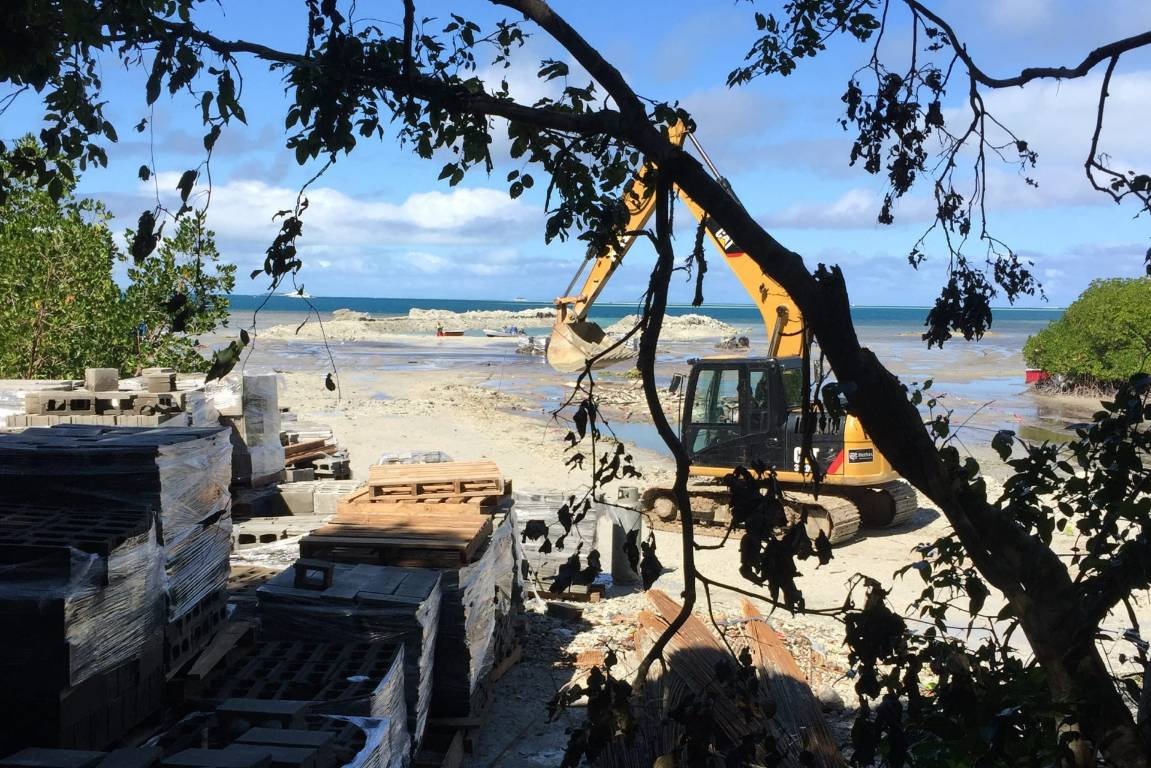 A court in Fiji has ordered Chinese casino developer Freesoul Real Estate Development to pay US$650,000 for causing environmental damage. That’s after it wrecked huge swathes of mangroves and a coral reef while building a casino resort on idyllic Fijian island of Malolo.

Freesoul’s excavations, above, have done “irreparable” damage to the reef on Malolo island, a judge in Suva determined. (Image: Woody Jack)

The company was found guilty in April of unauthorized development on Malolo in Fiji’s west. It’s a case that was hailed as landmark moment for the Pacific nation’s environmental protection laws.

Freesoul was formed in 2017 as a vehicle for Chinese investors to build Fiji’s largest tourist resort, centered around what will be the nation’s first casino.

But a court in April found the company had caused “irreversible” damage to the area. Construction workers dug a channel 320 feet long and 60 feet wide directly through the reef to allow barges to bring supplies onto land. The coral was left dumped on beaches on neighboring land. Mangrove thickets were razed. Human waste was pumped into the sea.

The offender had no regard for the marine life and corals that existed in the area where the channel was dug,” said Justice Daniel Goundar, adding that there was “no comparable case in Fiji” to draw on for sentencing guidelines.

Freesoul has also been ordered to pay a bond of $600,000, which is the estimated cost of mitigating the damage. This would be repayable once these efforts are complete.

“It takes reefs hundreds to thousands of years to be able to build structures of the size and scale of which they’ve destroyed, and so you can’t rehabilitate this,” Wildlife Conservation Society Melanesia director Stacy Jupiter told the Australian Broadcasting Corporation (ABC). “No amount of money can rehabilitate what’s been taken away.”

The company plans to continue with the construction project now that litigation has been resolved.

The case against Freesoul dates back to 2018, when two Australian surfers, Woody Jack and Navrin Fox, went to war with the company.

Jack and Fox owned land adjoining the development and were initially prepared to sell up. They approached Freesoul president Dickson Peng.

We pointed out to Peng that they were using our land to access the development site and raised the idea of them buying it. Peng replied ‘Fuck you, I am going to take your land anyway,’” the surfers told New Zealand’s Newsroom.

So instead, they opted to stay and fight, a stance that cost them most of their life savings. They were also attacked on their own land by Freesoul employees.

The case came to wider public attention when three New Zealand journalists were arrested while trying to obtain an interview with Peng at its offices in Suva, Fiji’s capital.

The trio spent the night on the floor of a police station before being released the next day. Fiji’s Prime Minister Frank Bainimarama later apologized for their treatment.

2022-04-29
Previous Post: Top Serie A Matches Betting Analysis & Odds for Matchday 34
Next Post: At Age 16, a New Scene for Kentucky Derby Winner Mine That Bird