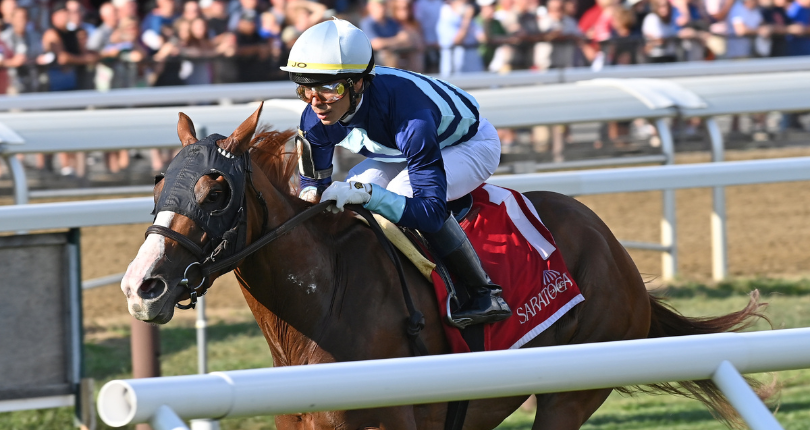 Churchill Downs Incorporated (CDI) announced late Thursday afternoon that it sold a 49% stake in its United Tote division to a subsidiary of NYRA, a move the Louisville-based company said goes along with its vision of introducing pari-mutuel horse racing to sports bettors.

United Tote supplies equipment and technology platforms to process pari-mutuel wagers for CDI’s racetracks and more than 150 other clients across the country and world.

According to the release, Churchill and NYRA plan to partner “to create and provide a comprehensive and efficient industry-leading pari-mutuel solution through United Tote that will expedite the expansion of horse racing seamlessly onto sports wagering platforms to reach new customers.”

The amount of the transaction was not announced, and the parties expect the deal to close by the end of the year.

Two weeks ago, CDI CEO Bill Carstanjen told investment analysts during the company’s second-quarter earnings call that Churchill Downs wanted to be “a leading distributor” of racing content, and that it should be available on sports betting apps.

By doing that, Carstanjen said Churchill could work with sports betting operators and establish an official sports betting partner for the Kentucky Derby, the biggest event in horse racing.

The difference is that pari-mutuel odds change as more money enters the pool. In some instances that means after a bettor makes their wager, the odds on their selection may shorten.

Churchill Downs previously operated an online sports betting platform through its TwinSpires brand. However, earlier this year, the company announced it would pull out of the online business and focus only on retail sports betting.

TwinSpires continues to operate as an advance-deposit wagering (ADW) platform for racing.

NYRA, meanwhile, has a relationship with Caesars Sportsbook, which serves as the association’s official sports betting marketing partner.

In addition, Caesars has created an online racebook that uses the NYRABets ADW platform.

New York state Sen. Joseph Addabbo (D-Queens), who chairs the Senate Committee on Racing, Gaming, and Wagering, has previously mentioned his interest in seeing sports betting expand in New York to include kiosks at the racetracks. Last year, he also shared a similar vision of how sports betting and horse racing could be available to bettors at the same time.

It’s ridiculous that our New Yorkers can’t place a bet on mobile sports betting, and at the same time place a bet at the fifth race in Saratoga or what have you.” Addabbo told Casino.org in a November interview. “It would be just a natural marriage. It would just be a rational thought, once again, to combine those two.”

New York, the largest sports betting state in the US, currently has nine online operators and retail sportsbooks at the state’s commercial and tribal casinos across the upstate region.

The CDI release also stated NYRA would switch to United Tote processing pari-mutuel wagers starting next year as part of a separate deal.