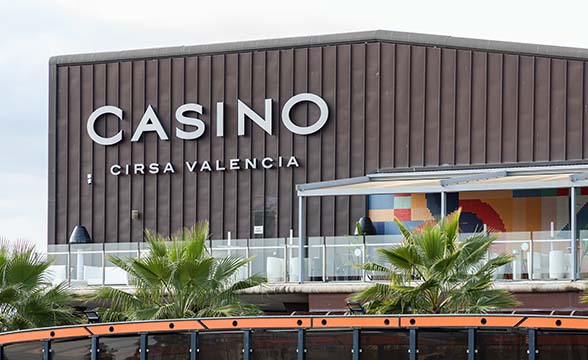 According to recent financial data, Spanish gaming and leisure giant Cirsa is on track to a complete recovery. The Blackstone-owned company has returned to pre-COVID levels for the first time after the pandemic. The operator plans to use this newly found momentum to fuel its expansion in Italy and Morocco.

Half One Results Indicate Steady Recovery

June was a pivotal month for Cirsa, Spain’s largest casino operator. The company recorded an H1 operating income of €778.4 million, marking a staggering 92.7% increase compared to the first half of 2021. June alone earned Cirsa €14.08 million, a substantial jump compared to the €105.56 million loss the operator had to swallow during the same period the previous year.

During a recent press release, company representatives stated that the favorable financial results resulted from skyrocketing income across all vectors. H1 revenue almost doubled compared to 2021 and has already surpassed pre-covid figures.

Cirsa owns 150 casinos, more than 82,000 gaming machines, roughly 80 bingo halls, and nearly 3,000 sports betting points. It also has several iGaming and online sports betting brands. The operator reported that the second quarter was particularly favorable to its casino business due to increased visits and the effective implementation of recovery plans.

The Spanish company wasted no time and has seized the opportunity to translate its newly found momentum into expansion opportunities. The operator proudly announced that it had agreed to operate the only casino in the city of Tangier, one of Morocco’s most popular tourist destinations. While Cirsa already owns two venues in the North African country, the deal will significantly expand its presence in the area just as the nation reopens its casinos after the pandemic.

Cirsa also continues its substantial investments in Italy, which stands just behind its native Spain in market share. The company revealed it had closed the purchase of a 60% stake in Italian iGaming and online sports betting company Eplay24. Cirsa plans to leverage its experience and substantial presence in the area to boost the sportsbook’s relatively low popularity and make further headway in Italy.

A return to profitability and record sales bode well for the future of the Spanish company. With the pandemic’s impact largely in the past, the operator is free to pursue its more ambitious plans. It has €197 million in cash and access to total liquidity of €331 million. The net debt dropped by 1.4% to €2,328.5 million compared to the end of the 2021 fiscal year, and trends indicate that 2022’s EBITDA should surpass 2019 by roughly €525 million.

Cirsa’s efforts to diversify its products and markets and shift its focus on the local customer base, paired with an omnichannel strategy, have allowed the company to surpass the coveted pre-COVID levels. A feat many high-profile operators are yet to achieve.