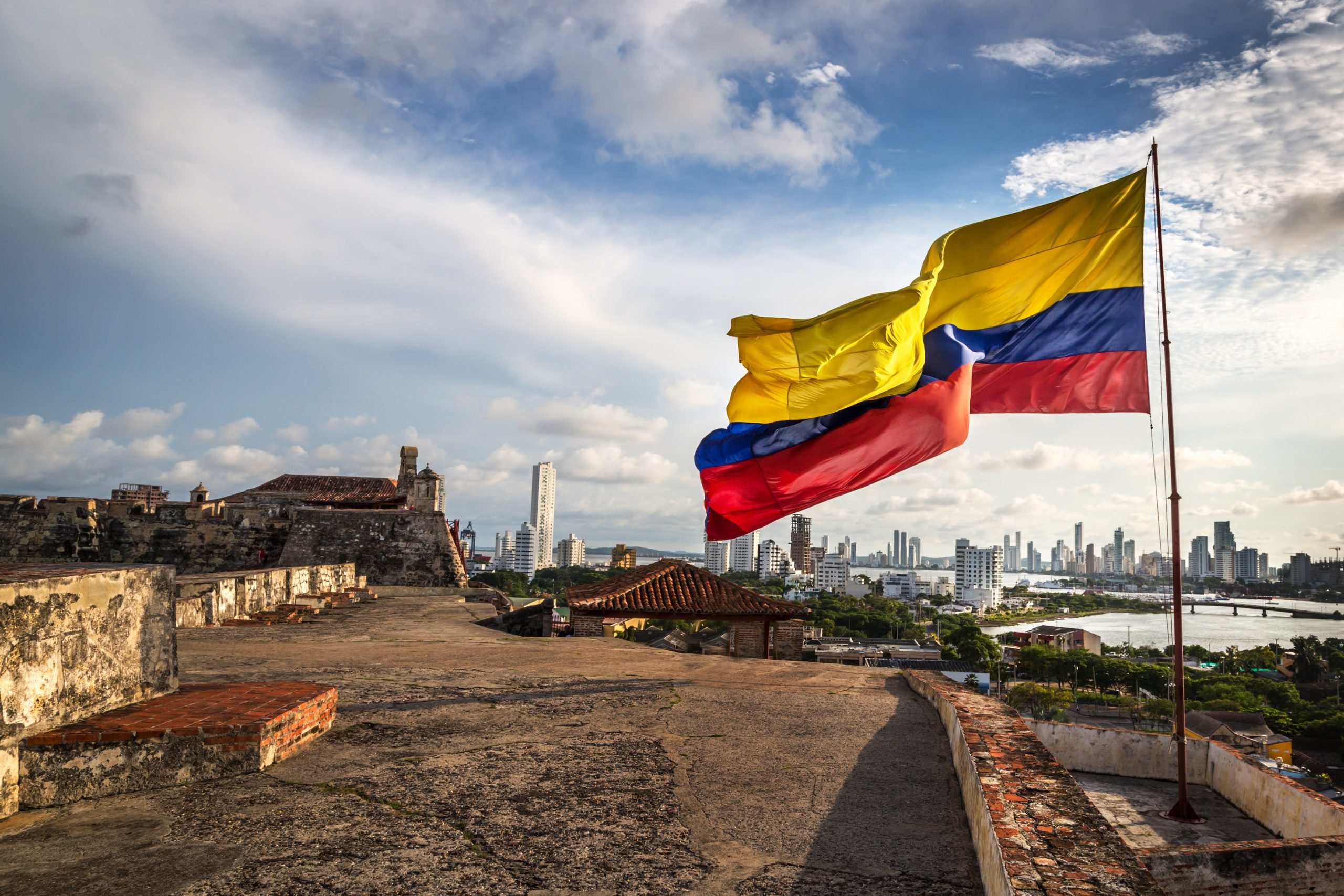 Colombia Considering National Cryptocurrency, May Warm Up to Crypto in Gambling

Soon after Gustavo Petro Urrego became president of Colombia earlier this month, he began introducing tax reforms. The government is now considering launching its own national cryptocurrency, which could bring changes to the gaming industry, as well.

The Colombian flag flies on top of a building in Cartagena. The country is exploring digital currencies, which could ultimately find their way into the gaming ecosystem. (Image: Pinterest)

Currently, Colombia doesn’t recognize cryptocurrency as valid tender and it isn’t authorized for gambling. However, sweeping reforms could soften the government’s position.

The goal behind a national cryptocurrency such as a central bank digital currency (CBDC) is to reduce tax evasion in the country. This is according to Luis Carlos Reyes, who heads Colombia’s tax authority.

Reyes explained the initiative in a recent interview with media outlet Semana. He explained that the goal is to offer a solution to facilitate easier transactions for consumers. At the same time, it could help reduce fiscal losses due to tax evasion.

Petro has shown support for cryptocurrencies before. Part of his campaign platform included a promise to do whatever was necessary to eliminate tax fraud. He also hinted at the possibility of welcoming crypto miners into the country.

The government is only beginning to consider the introduction of a cryptocurrency; however, it is confident that a solution is coming. Moreover, other countries, such as China, Venezuela and more, have gone the CBDC route.

Others, like El Salvador, opted to make Bitcoin (BTC) legal tender. Mexico, Argentina and a few other Latin American countries are also considering how to approach digital currencies.

In addition to the potential for a CBDC, the most likely route Colombia would take, Colombia is testing the feasibility of crypto in retail. Certain banks in the country have been piloting a program through which a limited number of consumers can use digital currencies to make purchases.

In addition, draft legislation is in place to begin forming the regulatory structure for the crypto industry. The rules, now open to public feedback, establish guidelines to counter money-laundering risks and ways to trace all transactions.

There’s no guarantee that Colombia will decide to embrace BTC or other cryptocurrencies. Additionally, no government official has stated how approval might impact the gaming space. However, the country has opened the door to the possibility.

More emphasis is being placed on CBDCs than ever before. From a government point of view, it’s a definitive way to embrace digital money while ensuring it still controls the countries’ financial activity.

However, supporters of cryptocurrency generally reject CBDCs. Digital currencies are, by design, decentralized with no autonomous control. However, governments have complete, centralized control over state-sponsored digital currencies.

In effect, this means that governments have greater control over money than they do now with paper fiat. For example, they can monitor all transactions on the blockchain and register movements for tax purposes.

In addition, they can also easily turn off access to individual or multiple accounts at once. If they feel someone is conducting illicit activity or hasn’t paid his or her taxes, the governments can take funds with a few keystrokes in a CBDC environment.

Petro has stated that Colombia is losing around 6-8% of its potential GDP to tax evasion. Launching a CBDC is a means to recover some of those losses. In 2020, the total GDP was $271.3 billion, according to World Bank. In other words, there is a significant amount falling through the cracks.

However, the government has also shown support for other, mainstream cryptocurrencies. This means there’s a possibility that BTC and a CBDC might co-exist in the country, as well as in the gaming ecosystem. When that might happen, though, is open for discussion.

2022-08-18
Previous Post: Chad Brown Arrested In Saratoga, Charged With ‘Criminal Obstruction Of Breathing’ – Horse Racing News
Next Post: The Worst QBs in the NFL in 2022