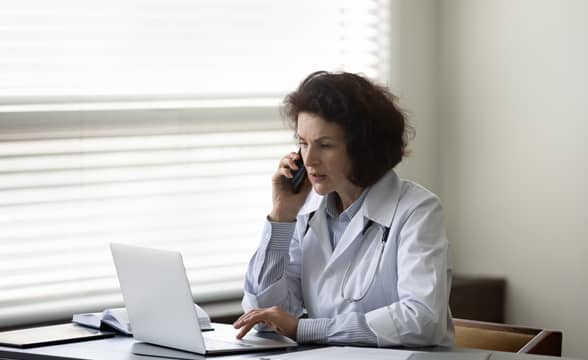 Connecticut’s problem-gambling hotline was extremely busy in the last six months following the official launch of online sports betting and gambling in the state as the number of calls more than tripled, CT Insider reported.

Operated by the Connecticut Council on Problem Gambling, the hotline experienced a 203% spike in the number of calls and chats since the launch of online sports betting and casino gaming on October 12, taking problem gambling experts by surprise and straining their resources.

Diana Goode, executive director of the council, argued that she felt “blindsided” by the rise in the number of people seeking help as “normally it takes a little while for problem gamblers to hit rock bottom” before they start considering they have a problem and eventually look for help.

The council had to hire two additional workers in February and March to handle the increased amount of calls, bringing their staff to five, yet Goode stated the council’s employees were feeling strained.

We don’t have the resources to keep up with this, especially nights and weekends. Everybody’s getting burned out.

The hotline’s resources were further strained by what Goode calls “nuisance calls” from people seeking help for issues other than gambling addiction, like complaining to be unable to log into their playing accounts.

Excluding the nuisance calls, the number of calls increased by 126% and Goode pointed the finger at the operators, claiming their use of a shorter message in commercials and marketing materials created ambiguity about the purpose of the gambling hotline.

Goode singled out Rush Street Interactive (RSI) sportsbook PlaySugarHouse as there were no nuisance calls from its customers. RSI, which operates in partnership with the Connecticut Lottery, stated its platforms were the first in the US to be accredited by the Toronto-based Responsible Gaming Council.

RSI’s statement also noted that “this spike in calls is customary after market launches as customers are learning the new platforms offered across the jurisdiction, and they are generally receiving more information about how to access problem gambling resources.”

The Mashantucket Pequots and its partner DraftKings operating via the Foxwoods Casino Resort referred to the financial support they provide for the Connecticut Council on Problem Gambling and their internal controls, while Mohegan Sun, operating in partnership with FanDuel did not respond to the request for comment from the media.

The caller demographic is predominantly young men who “think they know everything” and as online gambling allows them to gamble fast and often, they very quickly get into trouble, Goode outlined further.

Seeking a better understanding of the impacts of legalized gambling in the state, lawmakers recently filed legislation that would require the state’s Department for Consumer Protection to file a report on the types of gambling by February 1, 2023, as well as provide updates on every ten years thereafter.

SB140 passed the Committee on Public Safety and Security in March and was referred to the Appropriations Committee for further consideration.