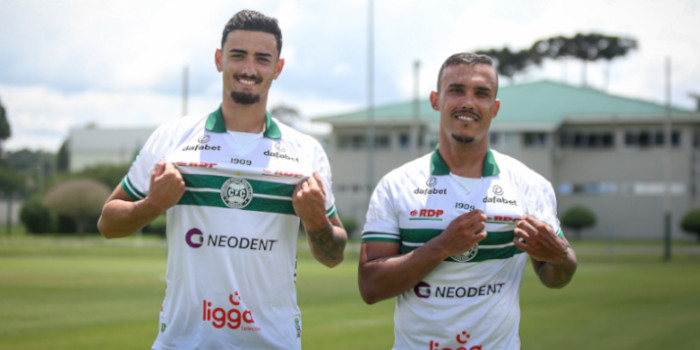 Coritiba and Dafabet Extend Sponsorship throughout 2023

The partnership extension was announced earlier this week and sees the duo continue its successful collaboration throughout the 2023 season.

By extending its partnership with Coritiba FC, Dafabet secures a prominent display on the shit of the team’s players. This represents a unique opportunity for the operator, considering that the team is among the top-tier competitors of the regional Campeonato Paranaense, as well as Campeonato Brasileiro Série A.

At the same time, the new collaboration builds upon a previous partnership inked between Dafabet and Coritiba FC from last year. Per the terms of the new agreement, the duo will remain as partners until December 2023. Considering that the collaboration marks the second time the duo joins forces, further extensions aren’t off the table but are yet to be confirmed.

Now, the extended sponsorship will kick off starting with Coritiba FC’s match within the Campeonato Paranaense against Aruko Sports Brasil FC. The match is scheduled for January 15, Sunday at Estádio Major Antônio Couto Pereira, the home stadium of Coritiba FC.

Kasper Trier, Dafabet’s International Executive Director, said that the company is excited to be a part of the flourishing online gaming and betting industry in Brazil. Moreover, he pointed out that the extended collaboration with Coritiba reaffirms Dafabet’s “commitment to Brazil, the club and the Coxa fans.” Last but not least, Trier said that the sponsorship extension will help the company and the team achieve important goals throughout 2023.

“It is a pleasure for Dafabet to be part of the growth of sports betting and online gaming in Brazil.“

Dafabet’s head of sponsorships, John Cruces, added that the company is delighted to extend its successful collaboration with Coritiba FC. Additionally, he pointed out that the collaboration further boosts Dafabet’s plan for growth in the country. In conclusion, Cruces wished the team the best of luck in 2023.

“The renewal with Dafabet is part of the club’s new policy of prioritizing the sponsors that are already with us.“

Glenn Stenger, Coritiba’s president, was also excited about the extended sponsorship with Dafabet. He said that the extended collaboration is a part of the team’s plan that prioritizes deals with existing sponsors. Finally, Stenger said that the club was happy with the Dafabet sponsorship and predicted further success throughout the new season.