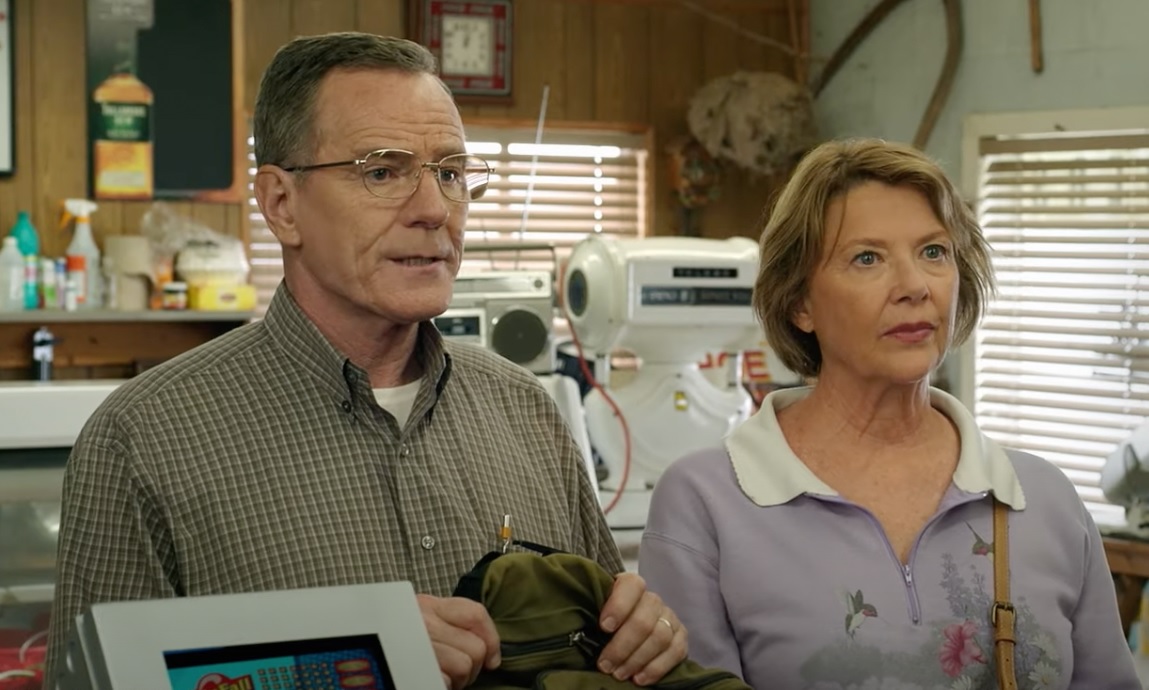 Jerry and Marge Go Large, a film that tells the true story of a retired couple who quietly gamed the Michigan Lottery will premier on Paramount+ June 17.

The movie stars Bryan Cranston and Annette Benning as Gerald and Marjorie Selbee. In 2003, Jerry spotted a mathematical loophole in one of Michigan’s lottery games, and the couple exploited it to the max, winning almost $27 million over a nine-year period.

They plowed much of the money into financing the construction of homes for military veterans in Northern Michigan.

The script is by comedy writer Brad Copeland (Arrested Development, My Name is Earl), and inspired by a 2018 Huffington Post article on the couple written by Jason Fagone. Academy Award winner David Frankel (Marley and Me, The Devil Wears Prada) directs.

Jerry is a former Kellogg worker with a freakish gift for numbers and patterns. While at Kellogg, he cracked the codes on a competitor’s cereal boxes, allowing him to trace each one back to the date, time, and plant of its creation.

He took his findings to his superiors, but it was unclear what competitive advantage could be extracted from this new knowledge, and Gerald returned to his duties of designing cereal boxes.

Later, the couple ran a party store in Evart, a small town in northern Michigan, before retiring together in 2000.

Three years after, the Michigan Lottery brought out a game called WinFall. Selbee said it took him about three minutes to figure out the game was beatable.

WinFall’s gimmick was that it limited its jackpots and offered “roll-downs” when no one guessed the winning six numbers. This meant the jackpot would be distributed between players who had correctly guessed two to five numbers.

Selbee figured at this point, each $1 ticket was worth more than its retail price, as it was statistically likely to pay out more than that. And if he bought thousands of tickets at once, but only on roll-down days, he was very likely to turn a large profit. Someone at the Michigan Lottery had blundered.

The couple later set up a company with a 32-member investment group (20 were relatives) whose sole purpose was to play WinFall.

When Michigan discontinued the game in 2005, they began driving to Massachusetts to play a similar game called Cash Winfall.

That game was phased out in 2012, after the loophole became public knowledge. It triggered a minor political scandal and an investigation by the Massachusetts Inspector General’s Office.

“You gotta realize, I was 68 years old. So it just—it gave me a sense of purpose,” Jerry told Huff Post of his lottery exploits.