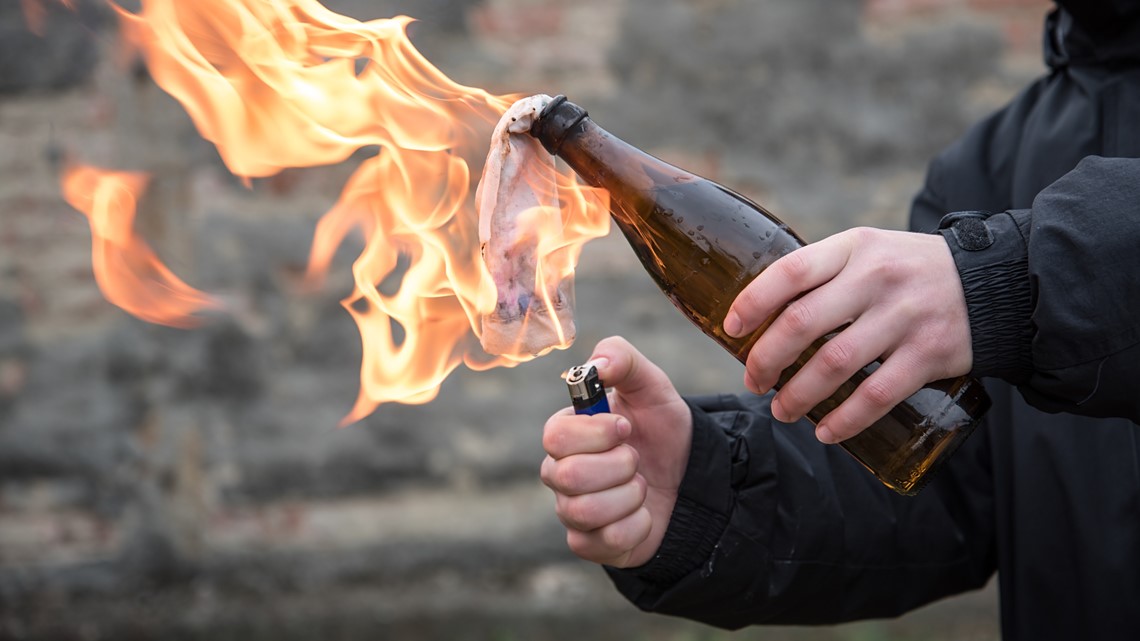 A man accused of lobbing a Molotov cocktail into an acclaimed French restaurant at the Crown Melbourne had a “personal vendetta” against the casino, police say. Terrorism is not believed to have been a motivation for the attack.

A stock image of a Molotov cocktail, above. Kassem allegedly used his T-shirt and a bottle of Jack Daniels to create his improvised incendiary device. (Image: Shutterstock)

Melbourne Magistrates Court heard Wednesday that Hussein Kassem, 39, had been kicked out of the Crown a week before he launched his assault on the Bistro Guillaume. That was allegedly for sexually inappropriate behavior towards staff.

Kassem was arrested in the early hours of Wednesday morning. Police believe, just minutes earlier, he had removed his T-shirt, doused it in a bottle of Jack Daniels, and lit it on fire, before throwing it through the restaurant’s window.

No one was injured in the attack and firefighters were able to subdue the blaze. But the improvised incendiary device caused more than AU$100,000’s damage to the restaurant’s outdoor dining area.

Kassem has been charged with reckless conduct endangering persons and two counts of arson.

Police also believe Kassem was the person responsible for lighting a smaller fire in the restrooms in the lobby of Crown Towers at around 12:30am Wednesday. The blaze set off the sprinkler system, causing extensive flooding.

When interviewed by police, Kassem admitted having a vendetta against Crown Towers and wanting to burn them down. He claimed he threw the burning bottle at the bistro because of “what Australia did to him.”

The court heard the defendant was banned from the Crown Melbourne on September 21, allegedly after making sexual remarks to a waiter.

During Wednesday’s hearing, Kassem told Magistrate Angela Bolger she was “not fit to be the judge.”

Bolger rejected his bail application, branding him an “unacceptable risk” to public safety. He was returned to the cells and ordered to undergo a mental health assessment. He is due back in court January 1.

Crown Resorts said in an official statement that it was helping the police with their inquiries.

“Crown’s customers’ and employees’ safety and wellbeing are always our number one priority, and our security team moved swiftly to contain the incident and engage the services of Victoria Police and Melbourne Fire Brigade,” she said.

“This matter is now in the hands of Victoria Police, and we are assisting them with their investigations.”