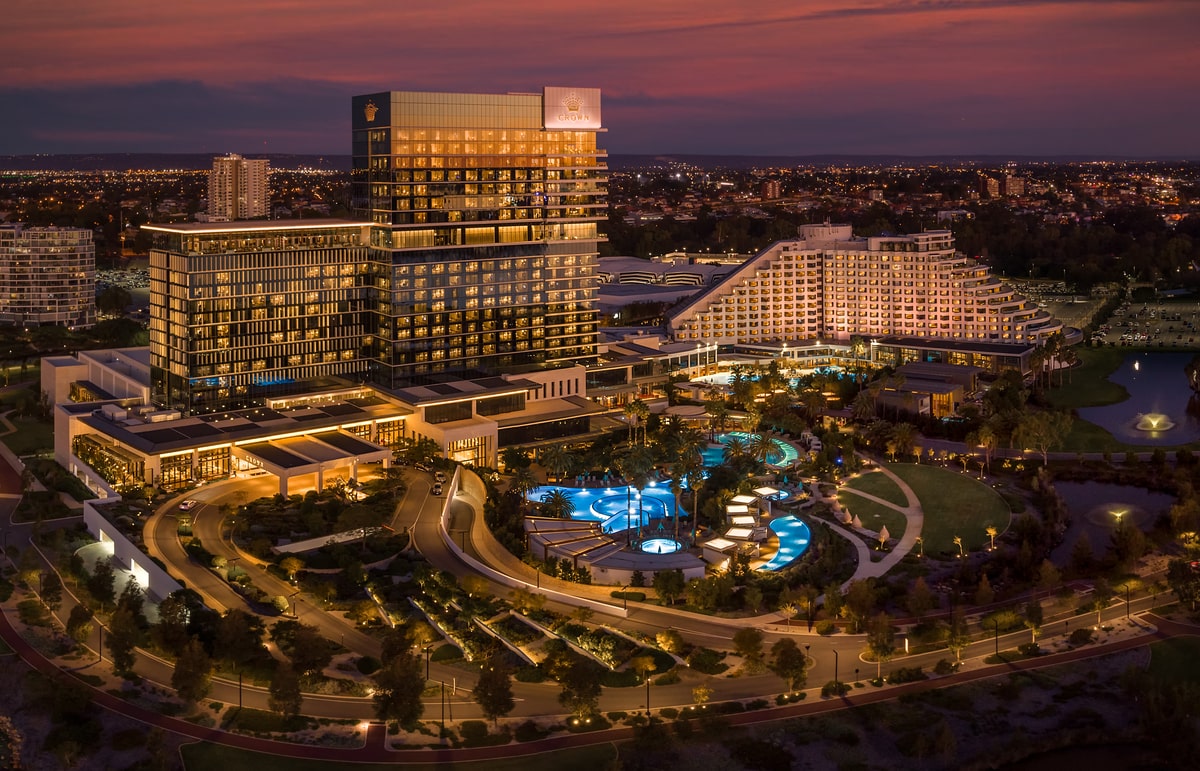 The Blackstone Group has almost everything it needs to take possession of Australian casino operator Crown Resorts. A Federal Court approved the multibillion-dollar deal today, the last checkmark on a long list of approvals.

Crown Resorts’ Crown Perth resort at night. The Blackstone Group has all the approvals it needs to purchase the casino operator. (Image: Crown Resorts)

This ruling follows less than one week of approval by Western Australian gaming regulators. New South Wales and Victoria, where Crown also has a casino presence, approved the deal a week earlier.

Shareholders approved the AU$8.8-billion (US$6.6 billion) deal unanimously last month. However, the real winner is James Packer, who will receive a AU$3.36-billion (US$2.33 billion) payout in return for his 37% stake in the company.

Crown will delist from the Australian Securities Exchange (ASX) with the purchase, but the casino operator will still be subject to a number of conditions in order to stay alive. These conditions will align with the recommendations of the Perth Casino Royal Commission (PCRC) and several conditions set by Victoria’s new gaming regulator, the Victorian Gambling and Casino Control Commission (VGCCC).

Before Blackstone can take control of Victoria’s Crown Melbourne property, the VCGCC has stipulated that most of Crown’s board members will have to be independent. It also requires the firm to make a substantial investment in Crown Melbourne, as well as to keep it the flagship casino for the company.

Both the PCRC as well as the VGCCC also set conditions for the takeover. They require that Blackstone not change its corporate structure or funding arrangements without the approval of either agency.

Blackstone’s institutional investors must also comply with the PCRC’s non-interference requirements. This means they won’t be involved in the daily operations of Perth Crown Casino.

Many of the failures identified at the Perth casino in Western Australia were found to be similar to Crown’s Victorian and New South Wales investigations. These included money laundering, ineffective anti-money laundering (AML) programs and permitting potentially illegal junkets to operate at the property.

As a result, the regulators offered a variety of recommendations to improve Crown’s operational integrity. For example, they want Crown to improve its reporting of AML and responsible gaming activities and to report any investigations by Australian or foreign regulators. In addition, Crown will need to assign new responsibilities to C-level staff to ensure the company satisfies regulators’ requirements.

The Victorian Royal Commission recommended that Crown Melbourne appoint a special manager to oversee Crown and veto board decisions with almost unilateral control to oversee everything the company does. The individual will have “unfettered access” to, and control over, all areas of the casino, including its accounting ledgers and all records.

The regulator recommended Crown’s license be canceled automatically at the end of the oversight period if it gets out of line. However, if it becomes clear that Crown is suitable to operate the Melbourne casino, it will. The restrictions, though, will remain in place.

Another suggestion was to increase the maximum penalty under the Casino Control Act 1991 to AU$100 million (US$64.46 million). Crown received an AU$80-million (US$57.5 million) fine for its behavior, but it could have been worse.

The PCRC has made other recommendations, including a mandatory pre-commitment and play period limit for electronic gaming machines (EGM). In addition, it wants proof that exclusive members have the financial capacity they claim to have, as well as a AU$10 (US$6.96) maximum bet for EGMs on the casino’s main gaming floor.

As with Victoria, the PCRC report didn’t recommend that Crown lose its gaming license. Instead, it put it on probation, ordering remediation activities Crown would have to perform to be able to keep the license.