The Mid-States Poker Tour (MSPT) returned to Riverside Casino and hosted a $1,100 buy-in, $500K GTD Main Event which was definitely one to remember.

On Sunday, 137 players returned for Day 2 action, and after roughly 12 hours of action, it was Illinois native Dan Bekavac, coming out on top to win the $193,391 top prize and his third MSPT title.

“I feel relieved,” Bekavac stated after his win. Bekavac started the final table third in chips while Jamie Allen sat down as the chip leader and the two ended up duking it out in a heads-up match that saw Allen hold a 2:1 chip advantage.

“I had to play a different style during heads-up and it’s not my usual style.

I had to play lowball and out position him because he (Allen) would call everything.”

The heads-up battle came down to three crucial all-in’s, where Bekavac was able to win each of them to secure his third MSPT Main Event Title, being the third person ever to do so.

“I just want to say thank you to everyone who came from Chicago to watch me play today and to everyone who was watching at home, I love you guys,” Bekavac said in his closing statement. 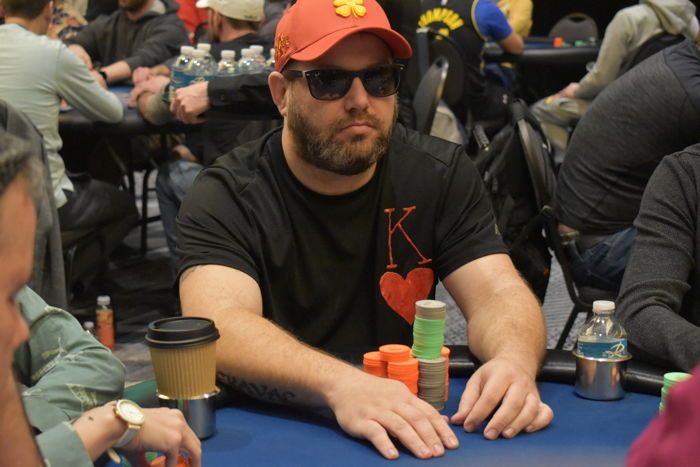 With 117 slated to get paid, twenty players needed to exit before players reached the money. Among those to leave empty-handed were DJ Buckley, Eric Moon, Christopher Kidd, and Nathan Kewney, just to name a few.

The tournament never reached the hand-for-hand process as both Phil Mader & Robert Steinman were eliminated in the same hand and Mader became the official bubble holding fewer chips. 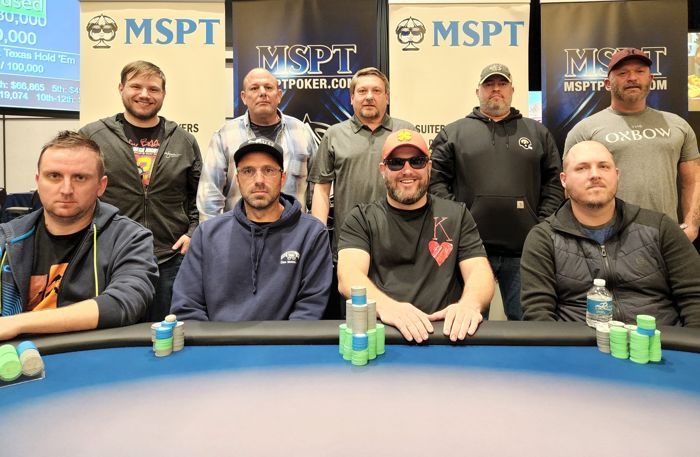 Joe Landazzi was next to have his luck run out after his pocket eights were counterfeited by Jeff Fielder’s ten-eight on the river.

The final table misfortune continued after Miroslav Semanisin’s pocket aces were flushed by Allen’s king-jack and he departed in seventh place shortly after.

Steven Sullivan was next on the chopping block. After coming into the final table at the bottom of the counts, he was able to ladder up until his big slick lost a race to Fielder’s pocket sixes and made his exit in sixth place.

Another player able to climb the pay ladder was WSOP bracelet winner Chad Holloway, who made his departure in fifth place for $49,804 after his ace-eight of demands failed to stay ahead against Allen’s seven-five of diamonds.

Three-handed action saw Allen hold a commanding chip lead and he extended it after he sent Fielder home in third place holding a dominating ace-king against fielder’s ace-queen.

From there, the heads-up match proved to be a battle as Bekavac started the battle down a 2:1 dog but was able to win a few races to secure his third MSPT trophy and payday good for $193,931.

The Mid-States Poker Tour (MSPT) is making its way back to Minnesota for its Showdown Series at Running Aces Casino March 31st – April 10th and PokerNews will be on hand providing live updates for the $300K GTD $1,100 Main Event so make sure to come back!.

2022-03-22
Previous Post: Midway University Launches Online Bachelor Of Science In Equine Business And Sales – Horse Racing News
Next Post: US Online Gambling to Grow by $2.2 Billion • This Week in Gambling