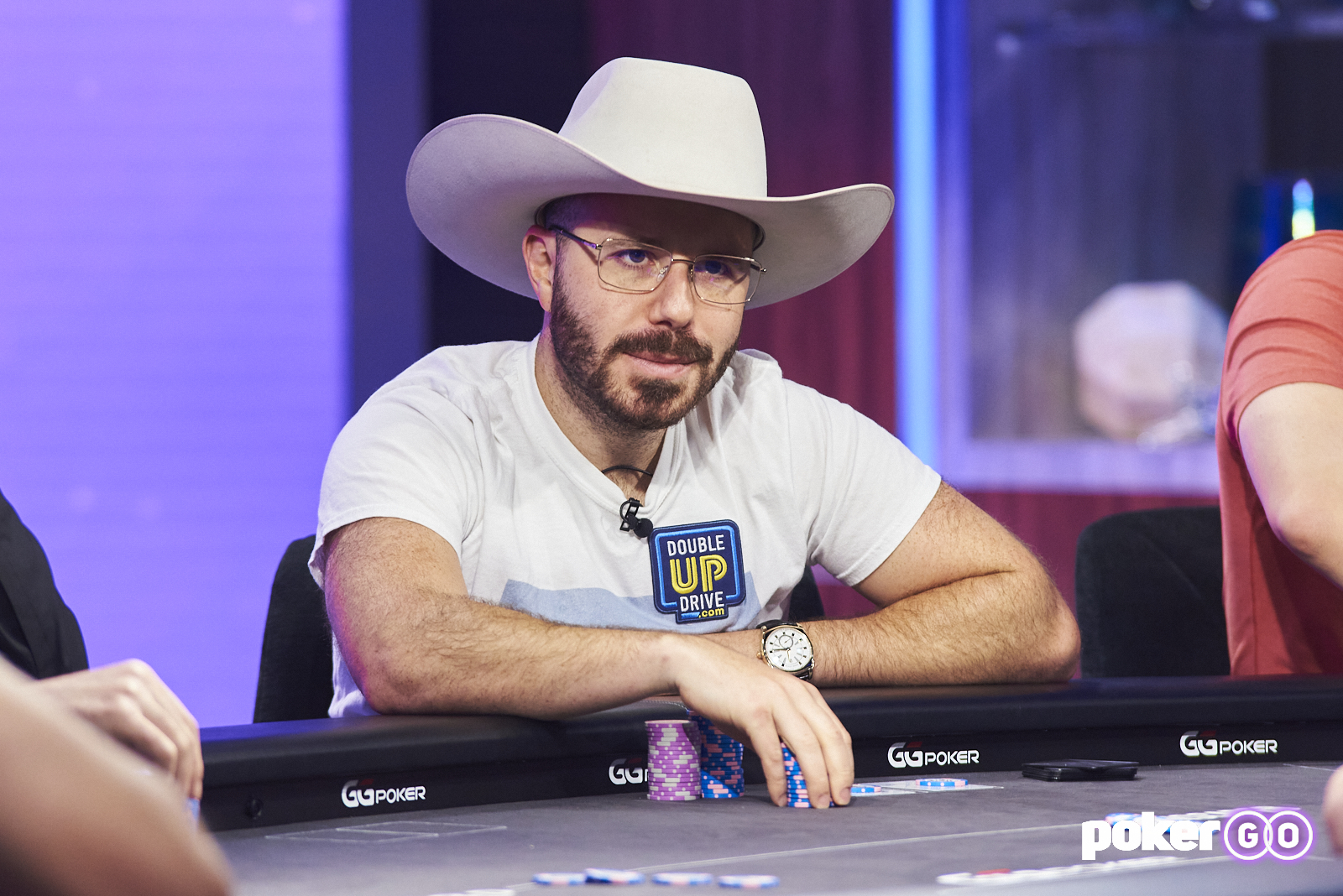 Dan Smith to Host Charity Tournament for Double Up Drive

US poker pro and self-professed charity enthusiast, Dan Smith, is hosting his first live event for Double Up Drive on October 17 in Las Vegas.

Dan Smith is hosting his first charity poker event in the name of Double Up Drive on October 17 at Resorts World in Las Vegas. (Image: Twitter/PokerGo)

The $2,000 charity tournament will take place at Resorts World and feature unlimited rebuys available for $1,000 each. Everyone is welcome to ante up, regardless of whether they’re a poker pro or enthusiast.

Fifty percent of the money collected will go to Smith’s charity, Double Up Drive, and the remaining fifty percent will go into the prize pool.

With the Garrett Adelstein vs. Robbi Jade Lew saga filling up everyone’s Twitter feeds at the moment, details of Smith’s first charity tournament have gotten lost in the mix. However, as is often the case when charity is involved, poker pros answered the call for help and retweeted Smith’s message.

The charity tournament is next Monday. Was hoping it would have gotten some more momentum/buzz… but I’m aware competing with the j4 drama is a losing battle.

Would appreciate some help getting the word out! 🙏 https://t.co/JMYGZLS5kc

CardsChat also wants to help cut through the Adelstein/Lew noise and make sure people hear about the event. We contacted Smith and asked for a full breakdown of what’s happening on October 17.

In addition to enjoying a variety of welcome drinks and canapés, those who attend can ante up in a charity tournament with unlimited rebuys. The details are:

If charity isn’t enough of a reason to ante up, Smith has timed the event to coincide with other tournaments happening in Las Vegas. The $10K WSOP Online event takes place on October 18 for anyone aged 21+ in Nevada.

And, on October 19, the WPT Five Diamond World Poker Classic gets underway at the Bellagio. That means there will be plenty more poker action after Smith’s charity event concludes on October 17.

Poker pros do their bit for Double Up Drive

Of course, the real reason to ante up is to support Double Up Drive, the charitable foundation Smith set up in 2014. Double Up Drive works with wealthy individuals, including poker pros such as Stephen Chidwick and Matthew Ashton, to raise money through matched donations.

Money raised from donations and charity events goes into a pool and, whatever amount there is at the end of the year, gets matched by Smith and other wealthy individuals. Double Up Drive has used this system to raise more than $24 million over the last eight years.

This year, Double Up Drive is supporting 10 charities, including the Against Malaria Foundation and Clean Air Task Force. In addition to supporting these charities by anteing up on October 17, anyone can make donations online via the Double Up Drive website.