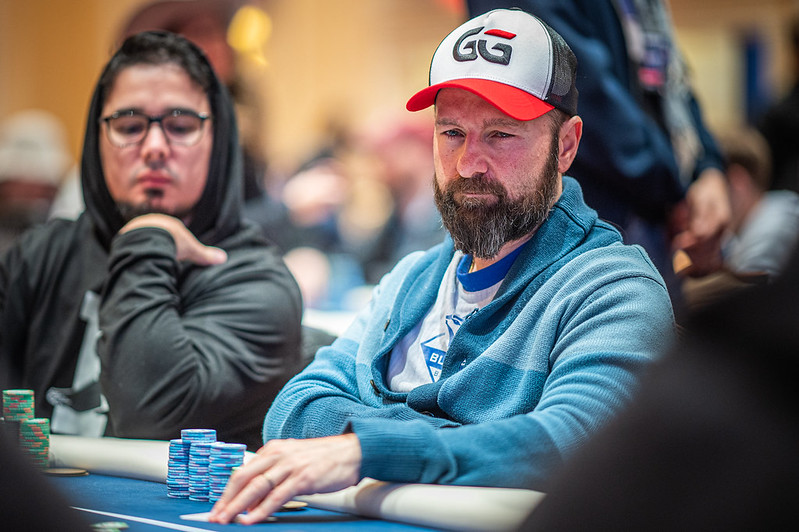 Daniel Negreanu is back in World Poker Tour action and it’s like he never left after having bagged an above-average stack Friday night heading into Day 4 of the WPT World Championship.

Much earlier in the day, another past WPT champion finished as the co-bubble. Tony Dunst, the World Poker Tour television announcer, lost to a rivered straight in the same hand (at a different table) as Yi “KitKat” Klassen had her aces cracked to bust. Both players shared 370th place money ($17,400). 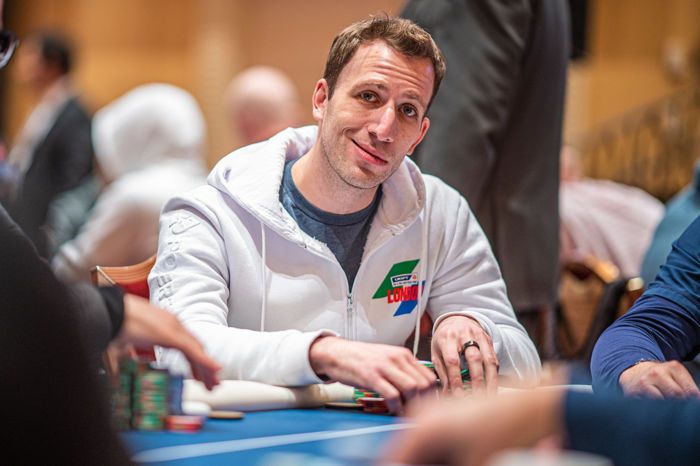 When the session began there were 399 players in the $10,400 buy in tournament out of the original 2,960, a WPT record. Players began dropping quickly right from the start and continued to do so throughout the nine-hour session, and that included 2022 World Series of Poker Main Event champion Espen Jorstad.

Early exits before the bubble burst included David Jackson and Brian Rast. Those who failed to cash are missing out on potentially millions of dollars. The winner, to be crowned Dec. 20, will take home over $4 million and all six players at the final table will receive at least $1 million.

When play resumes on Saturday, all 128 remaining players will have a guaranteed minimum payout of $29,450, and the pay jumps will become massive late in the session and moving forward into Sunday’s Day 5.

Leaving the Wynn with the chip lead was Benny Glaser, who bagged 7,565,000 (151 big blinds). Lucas Foster was the closest in second place at 7,095,000. The full list of chip counts weren’t available at the time of publishing.

Negreanu doesn’t play many tournaments outside of Las Vegas anymore as he explained to PokerNews during an early Day 3 break interview. As such, he doesn’t play the World Poker Tour often these days except for the Five Diamond World Poker Classic at Bellagio.

But for those who followed the WPT during its early years, you’ll probably remember the Poker Hall of Famer dominating. In fact, many of Negeanu’s first major scores came in WPT events.

In total, he has two WPT titles, nine final table appearances and $6.4 million in career earnings on the tour. With a cash for $301,000 or better, he’ll surpass Carlos Mortensen with the highest World Poker Tour earnings. His last WPT championship came in 2004 when he won the Borgata Poker Open.

“Some of those events back then were really, really big,” Negreanu said as he reminisced with PokerNews about his WPT glory days. “This one is on par, even bigger than all the other events there, so I got really excited about it and I was happy to come out and play.”

At the first break, Negreanu, who was seated at the televised feature table, had just 20 big blinds. But confidently explained that “20 big blinds for me is like 600 big blinds” for most others.

With $49.7 million in lifetime live tournament cashes, good for third all-time according to Hendon Mob, that isn’t such a wild or arrogant claim. It’s only cocky if you can’t back it up.