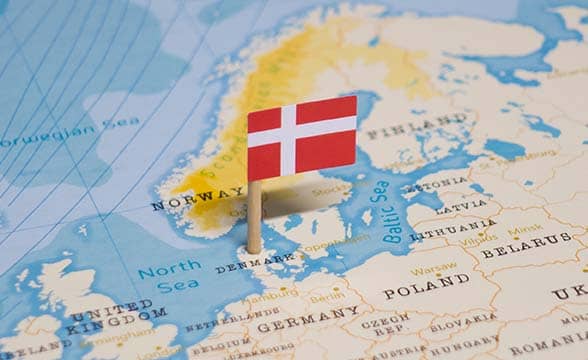 Frederiksberg court has greenlit a huge hit against the black gaming market. As a result, Spillemyndigheden, Denmark’s gambling regulator, will be allowed to bar 82 unlicensed gambling websites from offering their products in the country.

As the battle between legal and illegal gambling rages on, the Danish regulator has been allowed to unleash its biggest ban wave yet. The Spillemyndigheden has received legal approval and will proceed to block a whopping 82 offshore sites. This is notably the authority’s eighth ban wave since the launch of Denmark’s 2012 Gambling Act.

The previous biggest action on the regulator’s side was in 2021 when it blocked another 55 sites. The Spillemyndigheden has blocked a total of 227 sites over the last decade as it continues to fight against the black market. The regulator’s end goal is to eliminate unlicensed gambling from Denmark and ensure a healthy ecosystem for Danish gambling enthusiasts.

Anders Dorph, director of the Danish gaming authority, noted that the Spillemyndigheden remains committed to securing a safe and fair framework and called the fight against offshore operators “a top priority.”

Spillemyndigheden Is Committed to Protecting the Legal Market

The Spillemyndigheden primarily bans sites that target the Danish market. According to the regulator, a site that targets Denmark is any site that is illegally marketed in the country, offers localized products, accepts Danish Krones and Denmark-specific cards for payments and offers customer service in Danish.

The regulator uses a combination of AI-based search algorithms, investigations and customer reports to identify offshore operators. Such websites are first contacted and requested to pull out from the Danish market. If an illegal operator refuses to leave, legal action might be needed.

Dorph and the Spillemyndigheden are concerned that offshore online operators lack the necessary tool and responsibilities to protect their customers. In addition, such sites steal customers from the legal market and by extension hurt the local economy.

In other news, in July, Spillemyndigheden teamed up with the government to introduce a new scheme for the prevention of money laundering, as well as the prevention of other gambling-related fraud and terrorism funding. According to the regulator, the whole legal gambling industry participated in the formulation of the new AML and CTF strategy.

Two weeks ago, the Spillemyndigheden posted financial data about the Danish industry‘s performance in Q2 2022. According to the regulator, the legal gambling industry collected 7% more GGR compared to the same period last year. Land-based venues experienced the biggest growth thanks to the lifted COVID-19 restrictions.

2022-09-28
Previous Post: One Year On • This Week in Gambling
Next Post: CardsChats Podcast Celebrates 100th Episode with Daniel Negreanu