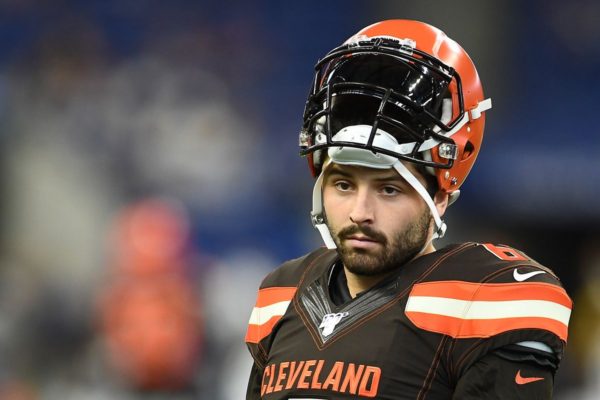 Today the Browns announced they have acquired QB Deshaun Watson from the Houston Texans. This transaction made big headlines for a few reasons. Besides Cleveland giving Houston a huge haul of draft picks for Watson, they also signed Watson to the most lucrative contract ever with the most amount of guaranteed money ever.

BROWNS GET: QB Deshaun Watson, and a 2022 Fourth Round Pick.

$230 over 5 years all of which is guaranteed money.

The trade made sense for the Browns now that it appears that Watson will not be facing any criminal charges for his massage therapist sexual misconduct scandal. With his new huge bag of cash he can pay off the 20+ women accusers in their civil trials.

His welcome has been worn out in the Houston area and there is bad blood all around. A fresh new start is exactly what he needs and what better place to get it than Cleveland? The Browns are clamoring for stability after four years of controversial play and behavior by their QB Baker Mayfield.

It is not apparent where Baker will end up this year but there is serious doubt the Browns keep him on to play out his last year in Cleveland. However, there are betting odds posted on where he will land.

Our friends at SportsBetting.ag have put together an odds listing of where he may end up:

2022-03-18
Previous Post: Not Quite A Race, Not Quite A ‘Chase: Foxhall Farm Cup Challenge A Real Throwback To The Gilded Age Of Steeplechase – Horse Racing News
Next Post: Ohio regulator clears 2nd round of sports betting rules; Cincinnati’s Hollywood Casino expands Barstool Sportsbook