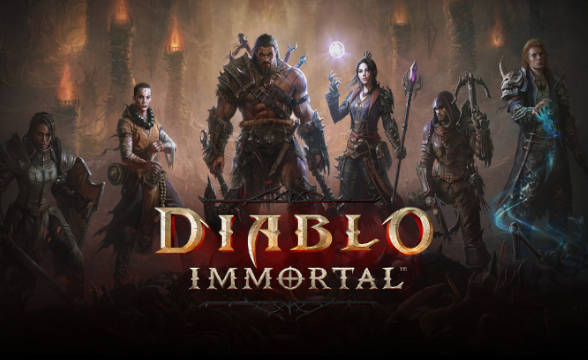 Diablo Immortal, the latest and much-anticipated installment in the iconic video gaming series, may not release in Belgium and the Netherlands this week as both jurisdictions are still wary of loot boxes, which are said to be a part of the experience in the upcoming Activision Blizzard title.

The company’s communications manager for the Benelux region confirmed that current operating conditions make it difficult to make an immediate decision. While Activision Blizzard has assured that it will offer the core of the product for free, microtransactions are a sensitive topic and both jurisdictions have deemed them akin to gambling.

EA recently battled in court over the issue and seems to have won, trying to bring back the Ultimate Team packs in FIFA, which were prohibited in both countries several years ago, is characterized as a form of gambling.

Since 2018, both countries have kept their doors shut for any games that use loot boxes, believing that they are too much like gambling. A €10 million ($10.73 million) fine over FIFA loot boxes was eventually overturned by FIFA in a court of law. A Dutch high court sided with the gaming giant and argued that FIFA had not indeed broken any gambling-related laws.

More Evidence Surfaces That Game May Be Blocked

Further rumors have been swirling around community boards regarding the arrival of the new game. An alleged email from customer support surfaced on the popular online discussion board Reddit.  In it, a purported customer care agent said that people in the Netherlands and Belgium would not be able to install the game for the time being because of gambling restrictions – unless those are changed, players may not expect to see the game any time soon. Diablo Immortal is launching on Thursday, June 2.

Loot boxes have been a sensitive topic. In the United Kingdom, there have been calls to regulate them and classify them as gambling. Instances of children spending thousands of pounds or dollars on loot boxes and microtransactions have been well-documented, too.