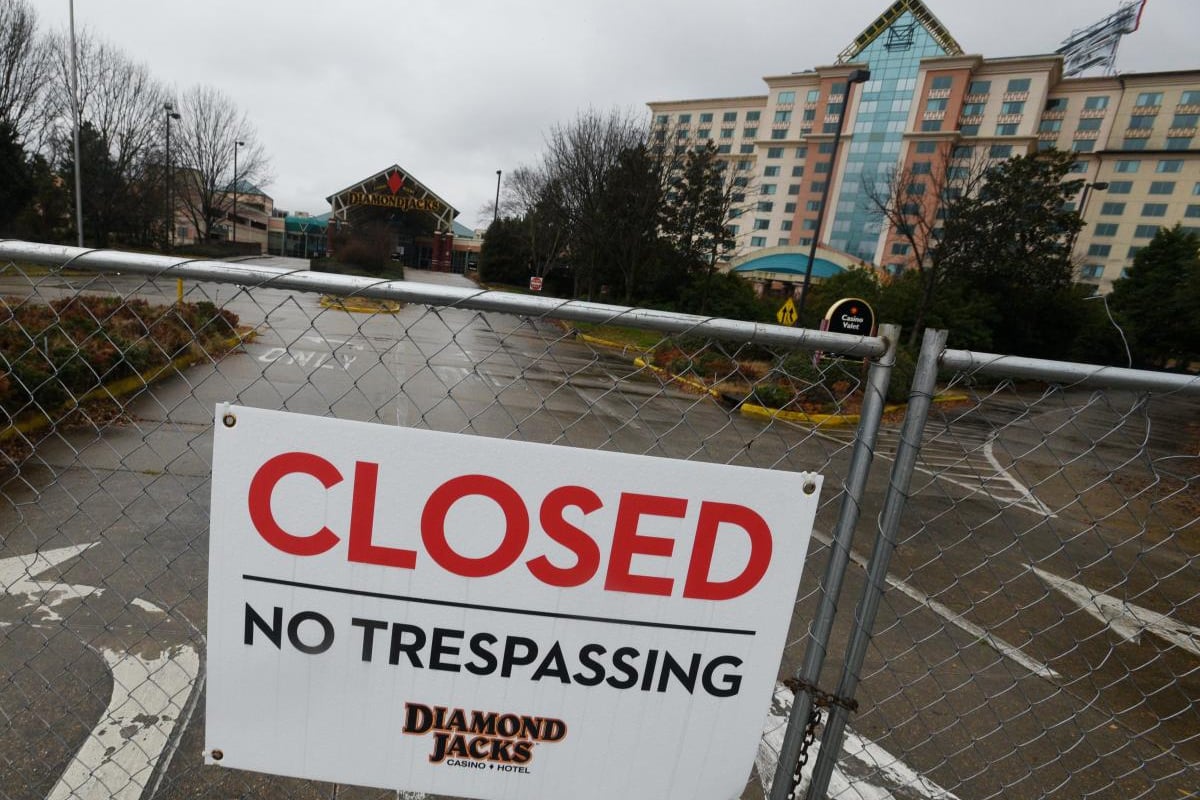 The shuttered DiamondJacks Casino in Bossier City, La., a COVID-19 casualty, is readying its comeback.

DiamondJacks Casino in Bossier City has sat closed and vacant since the onset of the COVID-19 pandemic in March 2020. The new ownership group of the Louisiana casino plans to invest $200 million into the aging riverboat to bring gaming ashore and revamp the hotel. (Image: Shreveport Times)

P2E temporarily closed DiamondJacks on state orders amid the pandemic. The company opted to permanently shutter the riverboat after determining that Bossier City was no longer an attractive operating market.

After unsuccessfully seeking to relocate its Louisiana gaming license to Slidell just north of New Orleans, P2E was left with three options: reopen DiamondJacks in Bossier City, sell the property and gaming concession, or simply surrender the operating permit. They chose option 2, selling to the P2E Foundation, which claims to specialize in refurbishing distressed riverboats to better compete in crowded markets.

Louisiana Gaming Control Board (LGCB) Chair Ronnie Johns told the Shreveport Times this week that Foundation’s DiamondJacks renovation plans could be approved as early as December.

Foundation has proposed investing $200 million to bring DiamondJacks ashore, as allowed through the state’s 2018 gaming law permitting riverboats to move inland up to 1,200 feet from their original barges. The spend would result in an entirely new casino space. The project budget also allows the current hotel to be fully renovated, including the property’s 560 guestrooms, meeting spaces, and restaurants.

I’ve been very impressed with Foundation, and I feel very confident they will inject new life into the property, which is good for Shreveport-Bossier and for Louisiana,” Johns said.

Foundation plans to present its $200 million blueprint during the LGCB’s December meeting. At that time, Johns says the board will decide whether to sign off on the development.

If the board lends its approval, Foundation says construction would begin in early 2023 with the anticipation of having the new destination finished and ready for business in the spring of 2024.

Peninsula Pacific bought DiamondJacks in 2016 from a local group of investors who owned and operated the riverboat under the entity Louisiana Riverboat Gaming Partnership. Johns doesn’t believe P2E ever had the true intent of making DiamondJacks profitable and assuring the casino’s future longevity.

It’s been many years since DiamondJacks was considered a main player in the Shreveport-Bossier gaming market. During the 2019 fiscal year, DiamondJacks’ gross gaming revenue totaled $35.2 million — just a sliver of the more than $1.86 billion in statewide gaming revenue generated that year among the state’s 15 casinos.

Johns believes it was always P2E’s focus to try and relocate the DiamondJacks casino license near New Orleans. Voters in the St. Tammany Parish rejected a local referendum during a special election held in December last year seeking their approval to allow P2E to build a $325 million casino resort on Slidell’s Lakeshore Marina.

2022-10-14
Previous Post: Dan Smith to Host Charity Tournament for Double Up Drive
Next Post: The Statistics of Sports Betting 2022