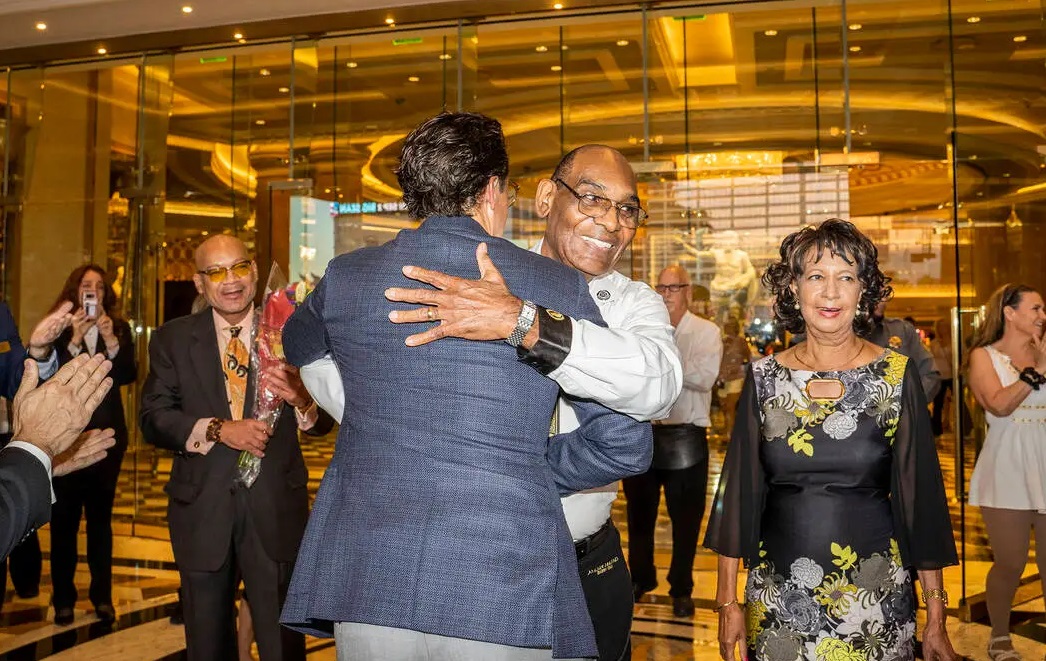 The last remaining original Caesars Palace employee retired on Wednesday. After his final shift, blackjack dealer Benny Figgins, 78, was presented with a commemorative plaque and a string of crystals from the chandelier that hung in the original casino dome. (The dome recently underwent an upgrade that included a new chandelier.) According to a Caesars Entertainment press release, Figgins then left work for the last time with a limo ride to his home.

Those facts are all confirmed. However, Caesars Entertainment claimed that Figgins began work for the casino as a porter on April 27, 1967, less than a year after its Aug. 5, 1966 opening. However, in this 2017 interview, Figgins claimed to have worked for the casino since before it opened.

Why would Caesars Palace miss the opportunity make a great story even greater?

According to the interview, published on Anthony Bourdain’s Explore Parts Unknown website in 2017, Figgins said he was 21 years old when he came off his graveyard shift at the Thunderbird Hotel one night to check out the Caesars Palace construction site. He spotted a job sign-up sheet posted on a trailer near the worksite. According to Figgins, he was hired almost immediately to vacuum floors and clean tables in preparation for the grand opening two months later.

Casino.org reached out to Figgins for a clarification on the discrepancy. His wife, Shirley, answered the phone and said she “knew the answer” but needed approval from Caesars to talk. An email Casino.org sent to several Caesars Palace publicists seeking comment received no response.

After working as a porter, according to Caesars Entertainment, Figgins worked as a dishwasher at the original Bacchanal restaurant and a busboy in the Circus Maximus showroom.  He settled into his final job — dealing blackjack under the original Palace Casino dome — in 1971.

According to Caesars, some of Figgins’ most memorable moments at work included dealing to and meeting Frank Sinatra, Sammy Davis Jr., Diana Ross and Harry Belafonte, all of whom were Caesars headliners, and Joe Louis, who worked as the casino’s host-in-residence following his boxing career.

Another important person Figgins met while working at the property was Shirley. According to the company, she retired after working for 38 years for Caesars Palace as a PBX operator and table games dealer.

2022-09-01
Previous Post: Where Can I Play Football Squares? –
Next Post: MGM Partners With Kansas City Chiefs For Gambling