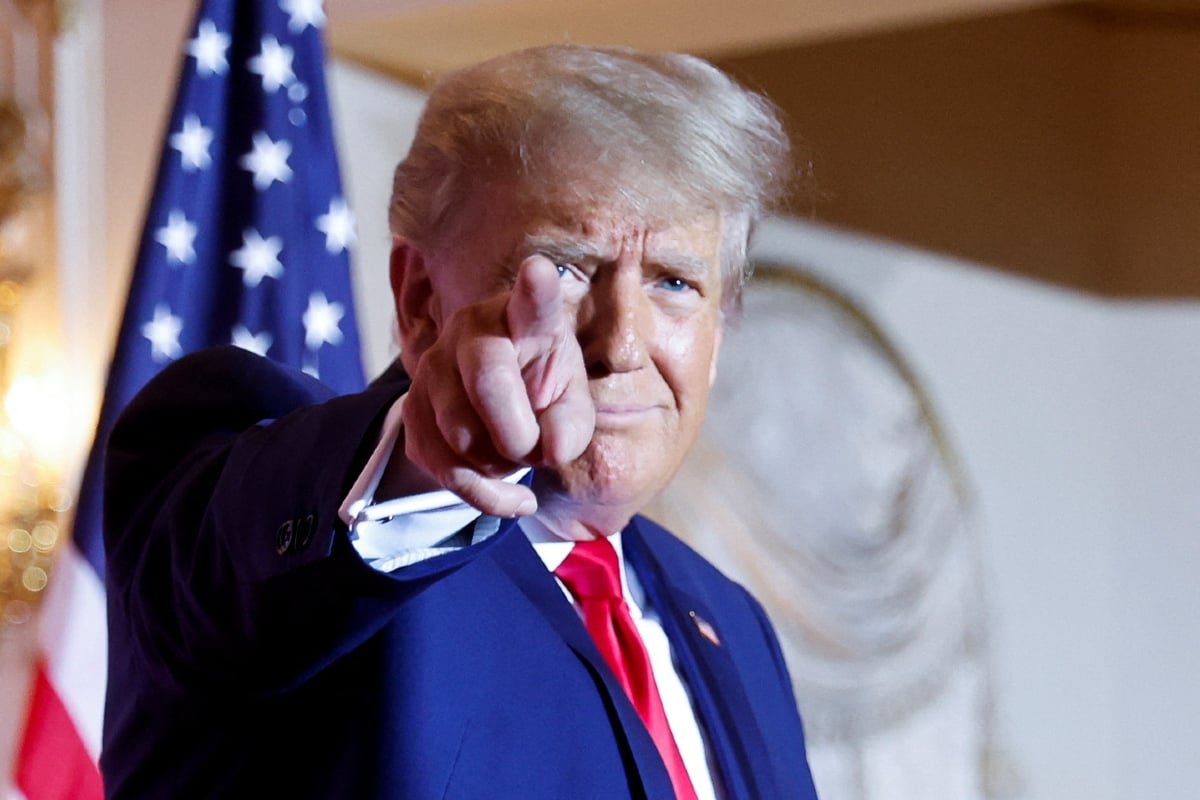 Former President Donald Trump is officially seeking the US presidency for a fourth time. But after his 2024 kickoff last night from his Mar-a-Lago estate in Palm Beach, Fl., seemed to lack the energy of a typical Trump rally, which could be further proof that a major faction among the Republican Party is ready for a leadership change in favor of another politician who calls Florida his home, political bettors are moving their money away from Trump.

Former President Donald Trump at Mar-a-Lago on Nov. 15, 2022. The 45th president of the United States says he will try and become the 47th president in 2024. (Image: Reuters)

A packed Mar-a-Lago ballroom full of supporters last night welcomed the 45th president of the United States. But a subdued Trump quickly lost the energy of the room as he delivered a lengthy speech that more mimicked a State of the Union address than a campaign kickoff.

The crowd was quiet throughout much of the speech until Trump said, “Are you getting ready?” in a rare moment of going off-script. A few moments later he officially declared his 2024 candidacy.

In order to make America great and glorious again, I am tonight announcing my candidacy for president of the United States,” Trump said flanked by American flags and banners bearing his “Make America Great Again” slogan.

The only president in US history to serve two non-consecutive terms was President Grover Cleveland, who won in 1884 and 1892. Bettors don’t think Trump will become the second.

Trump’s shares traded on PredictIt’s 2024 US presidential market went from as high as 30 cents yesterday down to 25 cents this morning.

The Republicans’ failure to dominate last week’s 2022 midterms likely hurt Trump’s chances of occupying the White House again. Even those closest to the former president seem less enthusiastic, with his own daughter Ivanka posting on Instagram last night that she does “not plan to be involved” in his 2024 campaign.

Former Vice President Mike Pence believes Republicans are ready for a change atop the party and a new leader for 2024 who might better unite the country. Many in the GOP believe that person could be Florida Gov. Ron DeSantis (R), who was headlining the Republican Governors Association’s winter meeting in Orlando last night just as Trump was making his announcement.

“We have rewritten the political map,” DeSantis declared. “While our country flounders due to failed leadership in Washington, Florida is on the right track.”

DeSantis is the 2024 betting front-runner, his PredictIt shares trading at 32 cents. President Joe Biden has jumped Trump for having the next-best odds at 27 cents.

It appears increasingly likely that DeSantis will embark on his own presidential campaign. And right now, bettors like the governor over the former president.

“Who will win the 2024 Republican presidential nomination?” on PredictIt has DeSantis as the favorite with an implied chance of 42%. Trump is second at 35%.