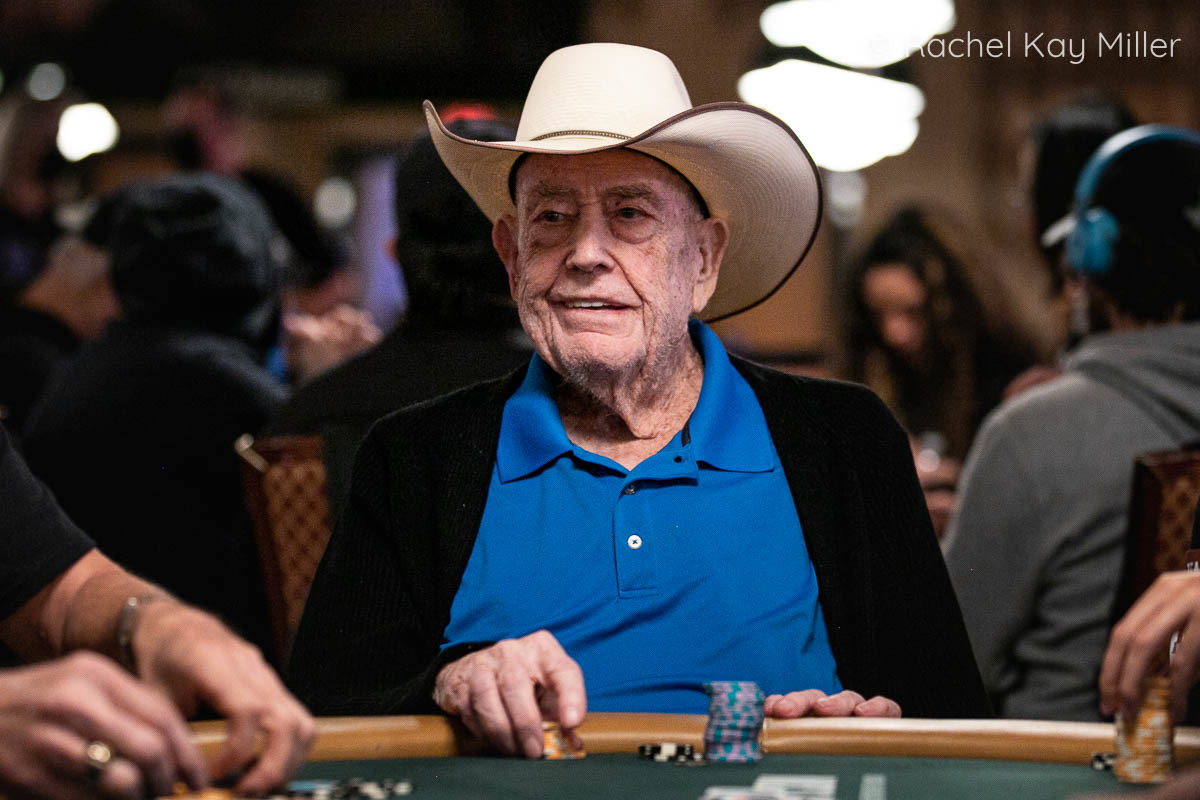 The World Poker Tour has revealed its newest ambassador, and it’s none other than the “Godfather of Poker,” Doyle Brunson.

On top of that news, the 10-time World Series of Poker bracelet winner informed his Twitter followers that he just might come out to play next month in the WSOP Main Event, a tournament he won in 1976 and 1977.

Earlier in the series, the poker legend hinted that he might not play at all this series due to COVID-19 concerns. He’s been worried he could bring home the virus to his wife. Plus, at age 88, he is conscious of his own health issues.

Brunson to Compete in the 2022 WSOP Main Event?

Doyle didn’t officially announce he will play in the Main Event, but suggested that if the COVID spread at Bally’s is more under control come July 3 when the world championship event begins, he intends to play.

I probably am going to play the main event, hoping the covid has died down a little.

Brunson, along with Phil Hellmuth, Phil Ivey, and Johnny Chan, is one of just four players in history to reach the 10-bracelet plateau. He hasn’t won a bracelet since 2005, but he did come close in 2018 when he shocked the poker world by reaching the $10,000 No-Limit 2-7 Lowball Draw Championship final table.

Last year, he didn’t cash in the Main Event, but he showed that he can still play at a high level and made it deep into Day 2. 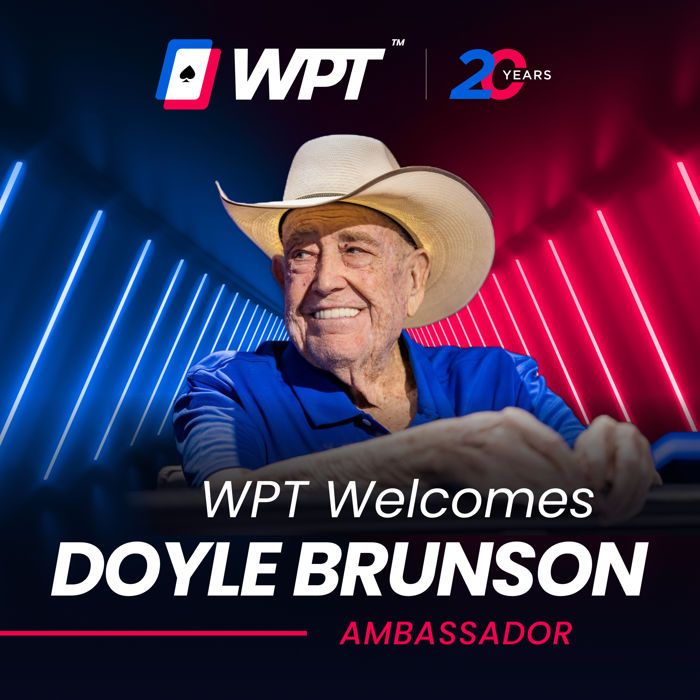 Should Brunson decide to play the Main Event, he’ll be patched up with a World Poker Tour logo. The Poker Hall of Famer, a WPT Champions Club member, brings some additional star power to the WPT and will represent the brand as an ambassador.

“Texas Dolly” won the WPT Legends of Poker event in 2004 for $1,198,290, the largest tournament score of his career, according to Hendon Mob.

“Doyle has been a part of the World Poker Tour from the very beginning,” said Adam Pliska, World Poker Tour CEO. “I was there for his WPT Legends of Poker victory in 2004 when he joined the WPT Champions Club, and to also be here to welcome him to the WPT family after all this time feels surreal.”