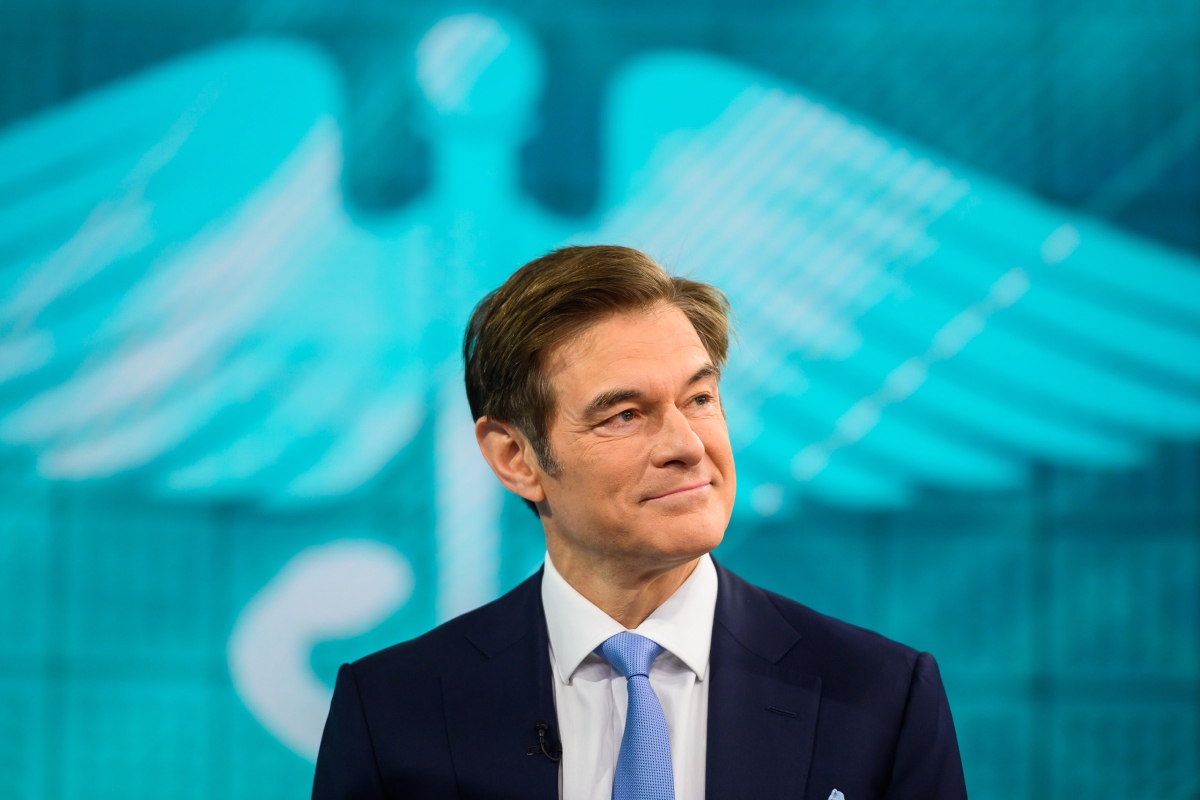 Dr. Oz is seen on the set of his syndicated weekday medical television show. Oz is seeking to become a US Senator by way of Pennsylvania, and bettors believe he has a strong chance to head to DC. (Image: Getty)

Dr. Oz became a household name many years ago when he began appearing as a medical expert on The Oprah Winfrey Show. Similar to Dr. Phil, Dr. Oz’s career blossomed thanks to the exposure with the “Queen of All Media,” by way of later launching his own syndicated program.

More than a decade after The Dr. Oz Show premiered, the television personality is seeking an entry into politics. US Sen. Pat Toomey (R) is not pursuing a third term, which means an incumbent will not be on the Senate ballot next November.

Dr. Oz will be, and early betting suggests the good doctor is the man to beat.

Dr. Oz surged to the top of the PredictIt market asking who will win the 2022 Pennsylvania Republican Senate nomination. His shares of securing the GOP ticket are trading at 41 cents. Former Under Secretary of the Treasury for International Affairs David McCormick is a distant second at 32 cents.

Pennsylvania Lieutenant Gov. John Fetterman is expected to easily win the Democratic Party’s nomination for the open Senate seat. His PredictIt shares currently give him a 63 percent chance of representing the party that will try and flip the Toomey seat from red to blue.

Pennsylvania has become a key swing state. The state went for Donald Trump in 2016, but then voted for Joe Biden in 2020. The state’s Democratic strongholds are in Philadelphia and Pittsburgh, while the more rural areas are highly Republican.

Fetterman and Oz are both underway in trying to get out their messages.

My message to rural Pennsylvanians is this: If you feel ignored or underappreciated by the Democratic Party, you have the right to. We as a party have not spent enough time listening to your concerns. That needs to change, and that’s exactly what I’m committed to doing,” Fetterman declared earlier this year while announcing his Senate campaign.

Oz says he’s running in response to Pennsylvania’s handling of the pandemic. We lost too many lives, too many jobs, and too many opportunities,” Oz said this week. “Pennsylvania needs a conservative who will put America first.”

As for the general election, PredictIt bettors give the Republican candidate — whoever that should be — a slight edge. Republican shares are trading at 52 cents in the market, “Which party will win the US Senate election in Pennsylvania in 2022?”

Dr. Oz was born in Cleveland, but attended high school in Wilmington, Delaware. He studied at Harvard University, where he received his undergrad in biology, and later obtained his MD and MBA from the University of Pennsylvania in Philadelphia.

Dr. Oz says his immediate family has lived just north of Philly in Bryn Athyn, Pa., for decades. The doctor has established a residency there to satisfy federal election requirements.

Next November’s midterm will see all 435 seats in the US House and 34 of the 100 US Senate seats determined. PredictIt gives Republicans a 67 percent chance of emerging with control of both chambers.