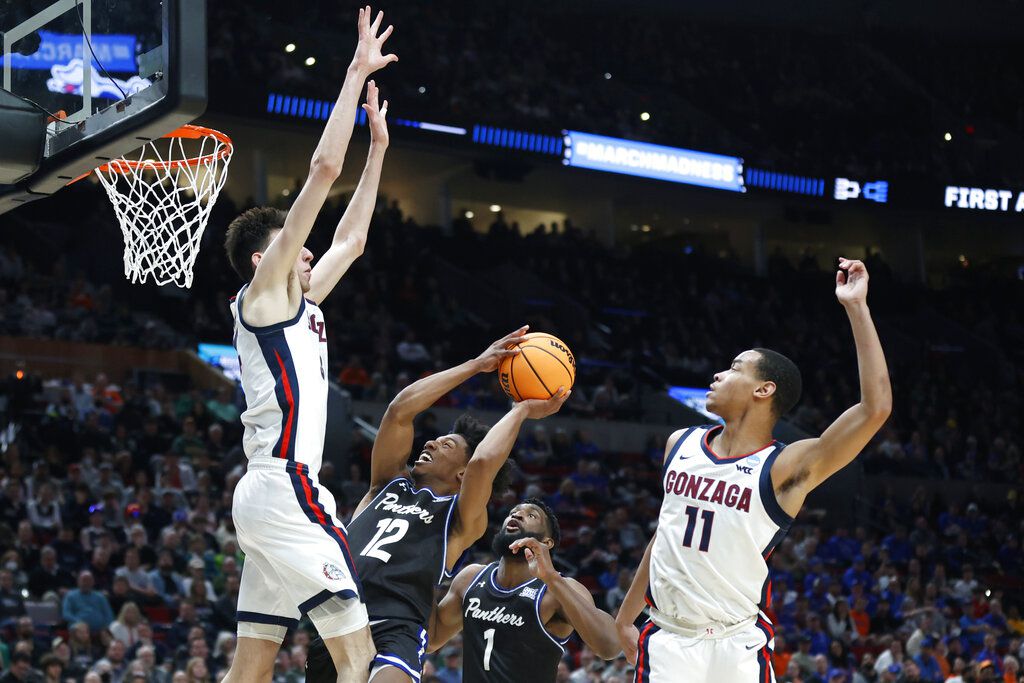 DraftKings’ (NASDAQ:DKNG) servers picked an awful time to go down — doing so on Thursday, the first day of the NCAA Tournament.

Here’s what happened. In the early window of opening round games yesterday, DraftKings offered clients a maximum $50 moneyline bet on Gonzaga at odds of +100 ($50 to win $100). Obviously, there are no guarantees in sports betting, and March Madness lends itself to upsets. But Gonzaga is the favorite to win it all this year, and was squaring off yesterday against Georgia State — a lowly 16-seed.

In essence, the promo was free money for DraftKings customers. Bettors playing with house money often look to rapidly reinvest that capital — something the opening round of the NCAA Tournament is conducive to doing, because windows between the end of one game and tipoff of another are short.

However, DraftKings bettors looking to take their Gonzaga winnings and reinvest it on the games immediately following that tilt encountered network error messages. Others saw “We are experiencing issues with bet placement and are working on resolving this as quickly as possible. We appreciate your patience” on their screens.

The issue was reportedly resolved after 18 minutes, and it’s not rattling DraftKings stock, which is higher by four percent in late trading.

While the gaming company was quickly able to put the tech snafu behind it, encountering such difficulties on the first day of one of the most wagered-on domestic sporting events clearly amounts to bad timing.

That’s particularly true because through the first 12 games of the tournament, favorites went 10-2, meaning casual bettors — who usually lean into favorites — were sitting on cash begging to be deployed into other games.

The tech issue, albeit brief, highlights another issue DraftKings and its rivals contend with: The risks associated with promotions. Analysts and investors are scrutinizing sportsbook operators’ promotional spending, noting it’s too high in some cases and hinders profitability. Some go so far as to say that if promotional marketing is the only way a betting company can gain market share, the business is flawed.

Not surprisingly, some rivals looked to capitalize on DraftKings’ technical misfortune on Thursday.

PointsBet took to Twitter offering bettors a free $10 wager if they submitted a screen shot of the problem they were having with DraftKings. The Australian company didn’t mention its competitor by name.

Barstool Sportsbook’s David Portnoy, never one to miss an opportunity to bolster his company’s fortunes, said “Barstool is up and working. We’re happy to take peoples bets while Dk figures out their issues.”