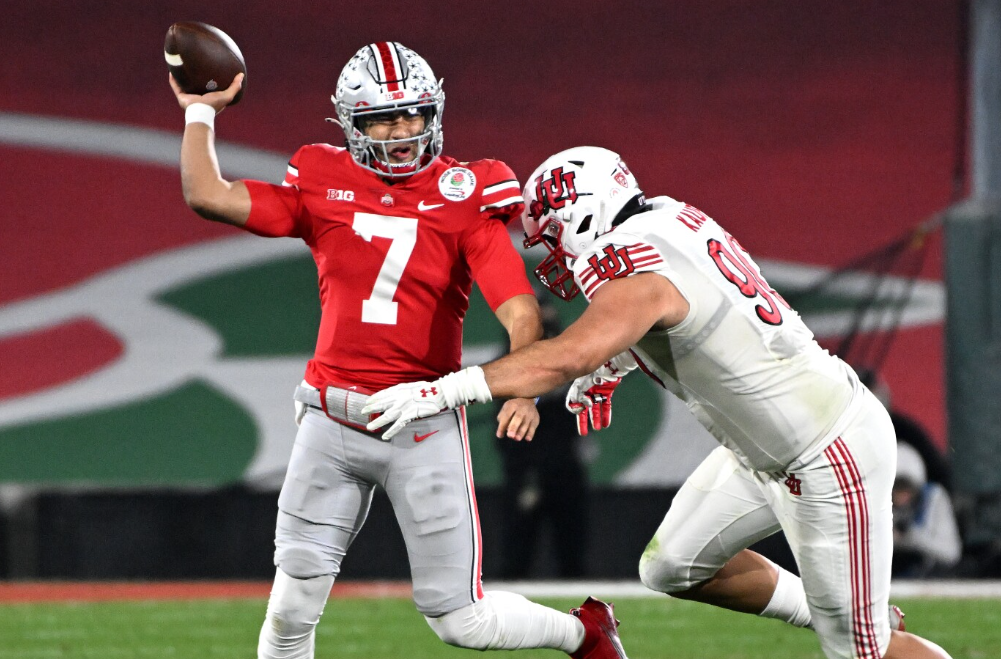 The 2022 NFL draft is in the book and teams are now off to figure out how their picks will fit into their goals for the new season. With this draft gone, it’s never too early to take a look at the next. The 2023 NFL draft will be held in Kansas City and will kick off on April 27 next year. Unlike this year, there may be a quarterback or two worthy of going No. 1 overall.

Think back to last year at this time. Who was the overall betting favorite to go No. 1 in the 2022 draft? Give up? It was then-Oklahoma QB Spencer Rattler. He had his share of issues and is now at South Carolina. The point is that things can change between now and next April. Here’s a look at those considered most likely to be drafted No. 1 overall in 2023.

At the top of the 2023 NFL draft betting board is a pair of quarterbacks – Ohio State’s QB C.J. Stroud and Alabama’s Bryce Young. Stroud is the favorite at +200. He’s big at 6-3 with a strong arm and he has proven that he can make plays against the nation’s best. Last year, Stroud threw for 4,436 yards and 44 touchdowns. In a Rose Bowl win over Utah, Stroud set a school record with 573 passing yards and six touchdowns.

Young became the first Alabama quarterback to ever win the Heisman Trophy last year. He threw for 4,872 yards and 47 touchdowns. Young is not favored to win the Heisman again and he’s second on this board at +250 at top sportsbooks.

It’s possible another defensive player goes No. 1 in the 2023 draft. This year, of course, edge rushers Travon Walker and Aidan Hutchinson went No. 1 and 2. Next year, it could be Alabama LB Will Anderson. He was named the SEC’s Defensive Player of the Year and won the Nagurski Trophy as the nation’s best defensive player. Anderson led the nation in tackles and in sacks. His ability to get after the quarterback is why he is given +300 odds to go No. 1 next year.

There are a number of value picks on the board right now. Two of them are teammates at Ohio State. Paris Johnson is a 6-foot-7-inch, 315-pound offensive tackle with versatility. He has started at guard and at tackle. Teams covet big, athletic guys to play left tackle. Ikem Ekwonu and Evan Neal went No. 6 and 7 in this year’s draft. For the right team, Johnson could be the guy. He’s listed at +900.

Teammate Jaxson Smith-Njigba was a teammate of Garrett Wilson and Chris Olave, who were chose No. 10 and 11 in this year’s draft. Smith-Njigba had the best stats last year. He caught 95 passes for 1,606 yards and nine touchdowns in 2021. He set an FBS record with 347 receiving yards in the Rose Bowl win over Utah. Smith-Njigba is a longshot at +1600, but 28 receivers were taken in the 2022 draft, six of them in the first round. Only twice in the Super Bowl era – Keyshawn Johnson (1996) and Irving Fryar (1984) – has a wide receiver been taken with the first overall pick.